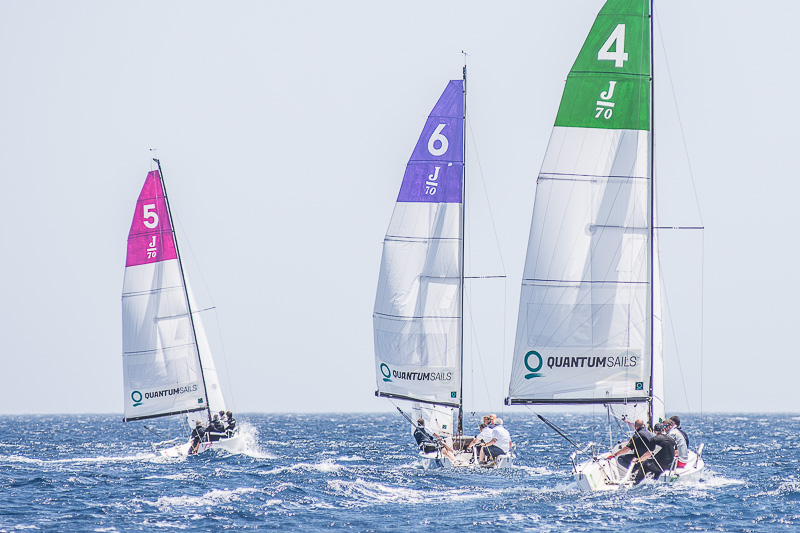 Porto Cervo, 15 June 2016. Racing in the biennial Invitational Team Racing Challenge, which gathers teams from top international yacht clubs in Porto Cervo, is due to get underway tomorrow at the Yacht Club Costa Smeralda. The six participating teams hailing from the UK, USA and Europe will race on board the new fleet of J/70 boats belonging to the YCCS in a series of round robins tomorrow and Friday, while the semifinal and final races are scheduled for Saturday 18th June.

Tight and exciting racing is expected for the invited teams thanks to both the choice of boats and the team-racing formula. The J/70 one-design yacht, launched in 2012, already boasts more than 1000 vessels launched and is one of the fastest growing competitive classes around. Team racing - a discipline which has grown in popularity in Europe, the USA and China in recent years - takes place on short, fast, match-racing style courses. The defining feature is that each Club takes to the starting line with two boats and it is the team that crosses the finish line last that loses. Clearly teamwork, tactics and the synergy between the crews is key.

YCCS Commodore Riccardo Bonadeo is pleased to be hosting the first of several interclub events scheduled for the 2016 season in Porto Cervo: “The second edition of the Invitational Team Racing Challenge is a great occasion in which we welcome representatives of other Yacht Clubs from around the world to our waters. Each team is motivated to defend their Club colours and there is a great competitive atmosphere at sea combined with camaraderie back ashore.”

Teams were busy practicing on the waters off the Costa Smeralda today and will gather at the YCCS Clubhouse this evening for the Skippers’ Briefing followed by a Welcome Cocktail.

Racing is scheduled to get underway tomorrow, Thursday 16th June at 11.30 a.m. Variable winds of 5 – 10 knots are forecast.