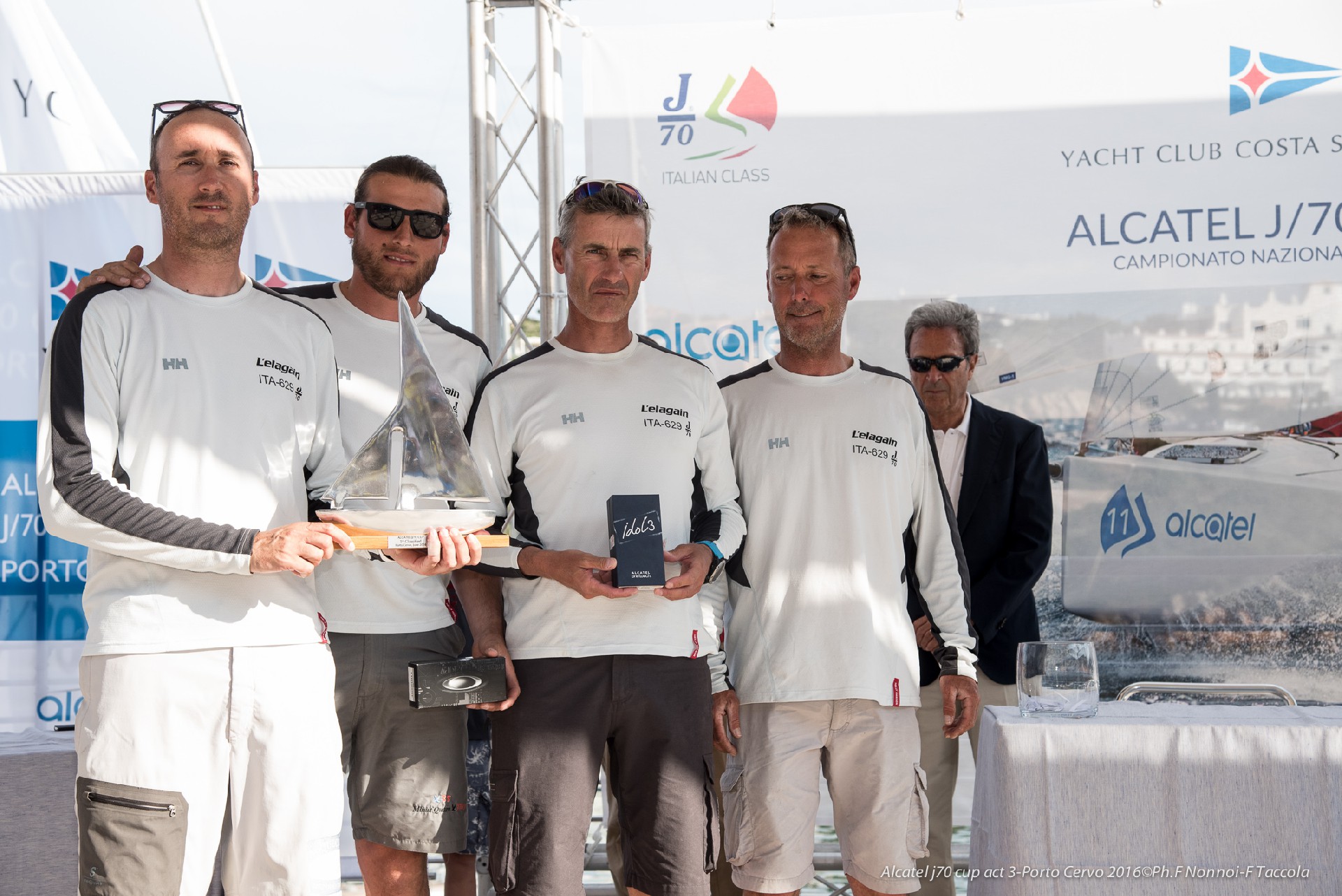 The final race day was characterised by light and shifty Sirocco breezes, however the YCCS Race Committee, led by PRO Peter “Luigi” Reggio, managed to fit in two windward-leewards. With four teams closely ranked heading into the last day of competition, the battle raged on right down to the final metres of Race Eight where a bullet assured first place overall for Solerio, who also maintains the lead in the overall circuit classification. Alberto Rossi’s Enfant Terrible was forced to settle for second place after three days of heated duels for the title, while a 3-6 scoreline for Pensavo Peggio brought them up to third place today.

The only female helm in the Italian class, Claudia Rossi with her Petite Terrible–Adria Ferries, finished in fourth place overall. Fifth place went to Magie Das Sailing Team owned by Alessandro Zampori, the highest-ranked among the Corinthian competitors.

“We’re delighted to have hosted such an exciting event the first time the Italian J/70 has visited our waters. The teams were  very competitive and it was great to see several ladies sailing. We look forward to seeing many of you at the J/70 Worlds here in Porto Cervo in September 2017” commented YCCS Commodore Riccardo Bonadeo during the prize giving at the Yacht Club Costa Smeralda.

As the J/70 yachts leave the quays of Porto Cervo, they make way for an altogether different fleet of 30 superyachts, primed and ready for the Loro Piana Superyacht Regatta, taking place from 7-11 June. For full details visit the YCCS website.