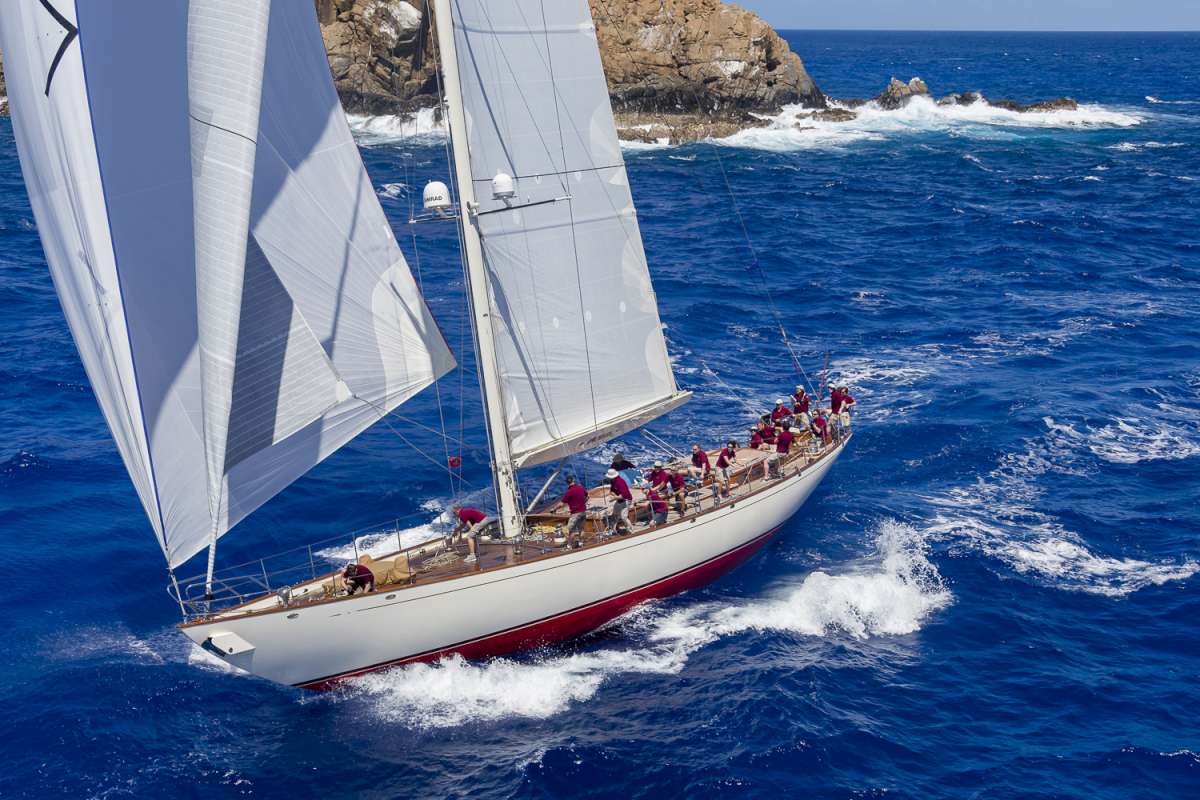 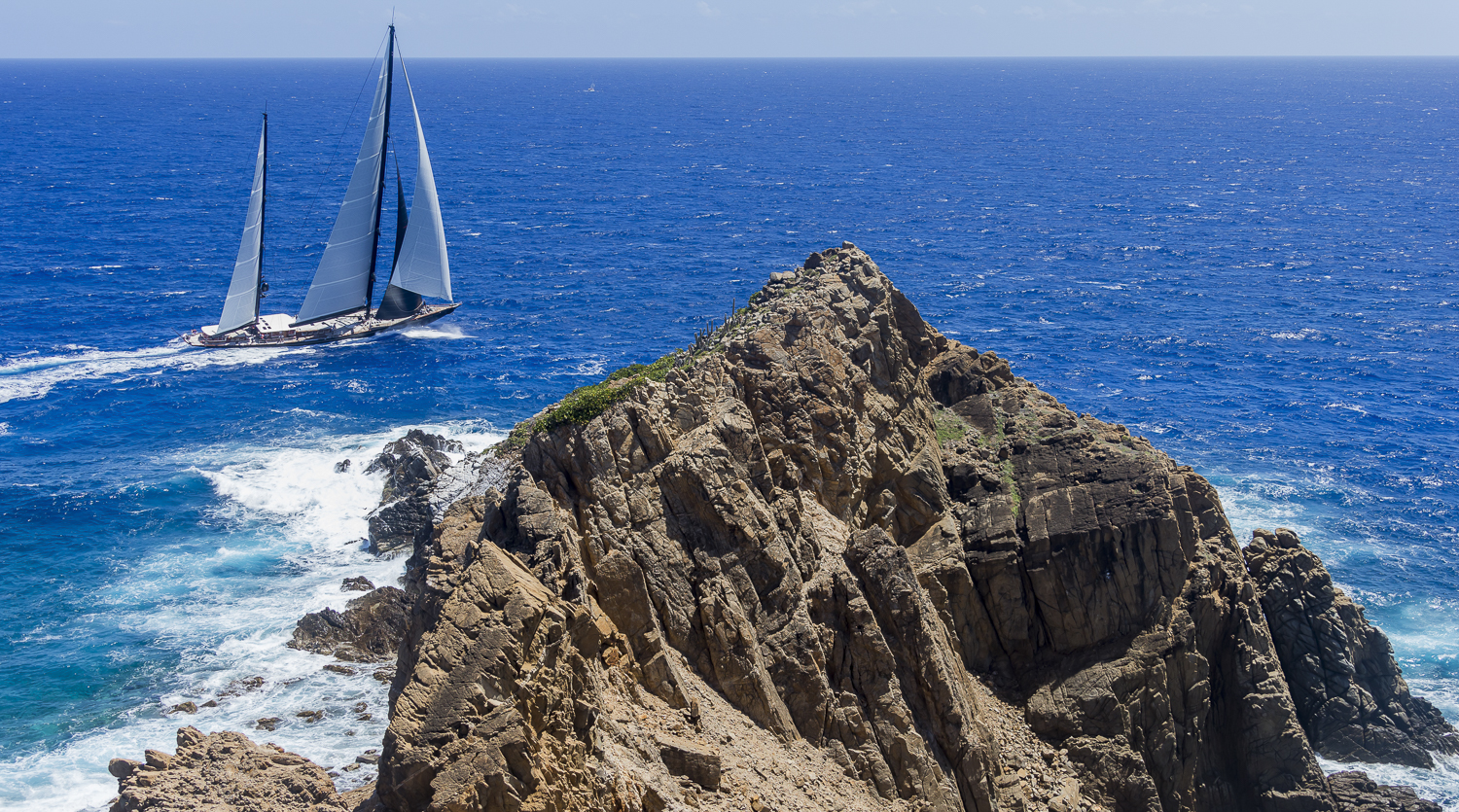 Virgin Gorda (BVI), 13th March 2015.  Race Day two of the Loro Piana Caribbean Superyacht Regatta & Rendezvous brought squalls and sunshine but most importantly more good, solid breeze on the coastal course off Virgin Gorda. The prevailing easterly remained at approximately 14 - 18 knots for the duration of the Oil Nut Bay Race Day, and the new ORCsy handicap rule once again provided for thrilling racing with the top two Class A boats crossing the finish line just 40 seconds apart.
Today’s winners, P2 (Class A) and Seahawk (Class B), both hail from Italy’s Perini Navi stable and were not shy about unveiling their horsepower on the course with the197-foot Seahawk touching speeds of 15.5 knots despite her crew having worked on rigging repairs throughout the night. Yesterday’s race winners Inoui in Class A and Marie in Class B both claimed second place finishes, leaving them at the top of their respective overall classifications.
The Yacht Club Costa Smeralda’s Race Committee, headed by Principal Race Officer Peter Craig, sent the Class A yachts on a 28-mile course which took them downwind to round Ginger Island off the south-western tip of Virgin Gorda before returning to the finish line just outside the island’s North Sound. The Class B yachts completed a similar course but rounded a mark just north of Ginger for a total course distance of 23.5 miles.
Gerhard Andlinger, owner of P2 had a truly momentous day: “The last 20 minutes of the race is exactly where the heart speeds up. If someone had said 20 minutes before the finish that we would win, I would have said it was impossible. We were battling with three boats, but found an extra gear. I’d say we won in the last two or three minutes. I’d be lying if I said the atmosphere on board was relaxed – it was quite tense. The win is very, very special, and I’d say this was the most exciting win of any we’ve ever had. It was gratifying, so dramatic.”

Dirk Johnson, navigator/tactician on Seahawk was equally enthusiastic: “It doesn’t get any better than today. It was our day – the weather and the course were good to us, and there was a lot of reaching. The sensation on the boat was quite amazing, there’s so much load and she has so much power. The Seahawk team is happy today!”

Both teams will be celebrating this evening at the Oil Nut Bay Beach Party before tomorrow’s final day of racing.
The first start is scheduled for 11.00 tomorrow, Saturday 14th March for the Embraer Race Day. The forecast is for 16-18 knots of easterly breeze  and the event will wrap up with a final prize giving on the YCCS Lawn followed by a farewell cocktail.
For further information on the regatta please visit www.loropianacaribbeansuperyachtregatta.com  or contact the Press Office. Live Tracking will be available on www.yccs.com and updates will be available on Facebook and Twitter throughout the week (#LoroPianaSYR). For further details, press releases, photos and video of YCCS regattas in Virgin Gorda and Porto Cervo please visit www.yccs.com or contact the Press Office.
Contacts
Jill Campbell
YCCS Press Office
+39 3401674755
+1 284 3436998
pressoffice@yccs.it
www.yccs.com
Marta Broggi
Loro Piana
+39 02 77802.206
marta.broggi@loropiana.com
www.loropiana.com