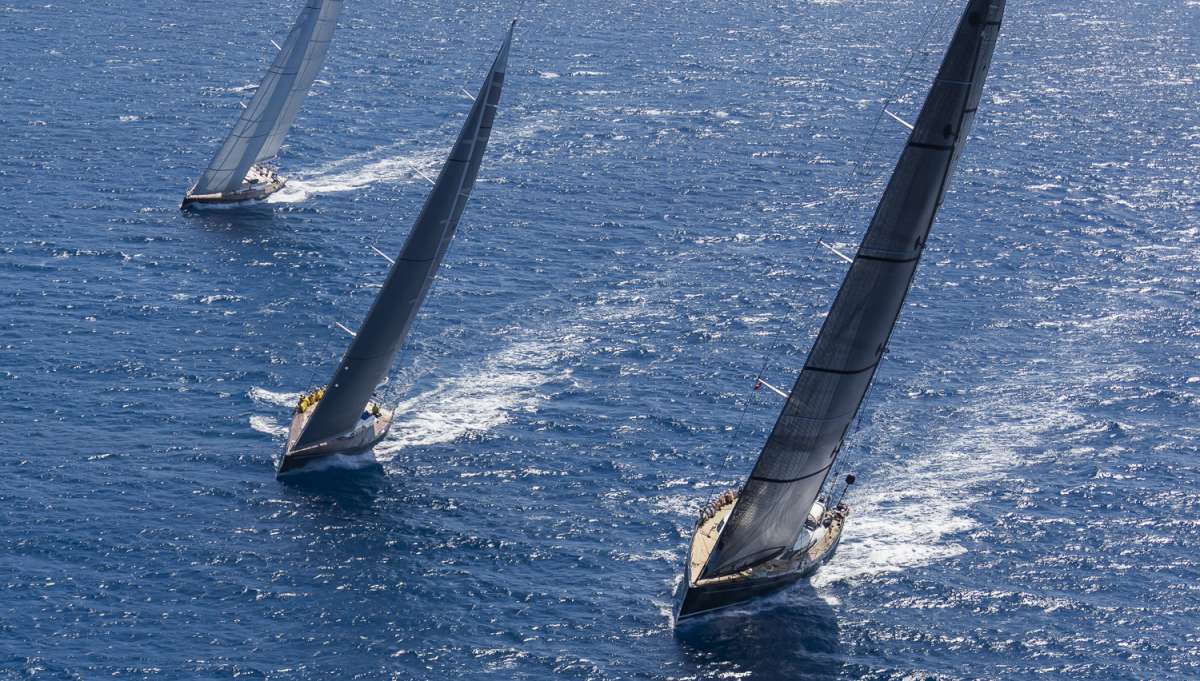 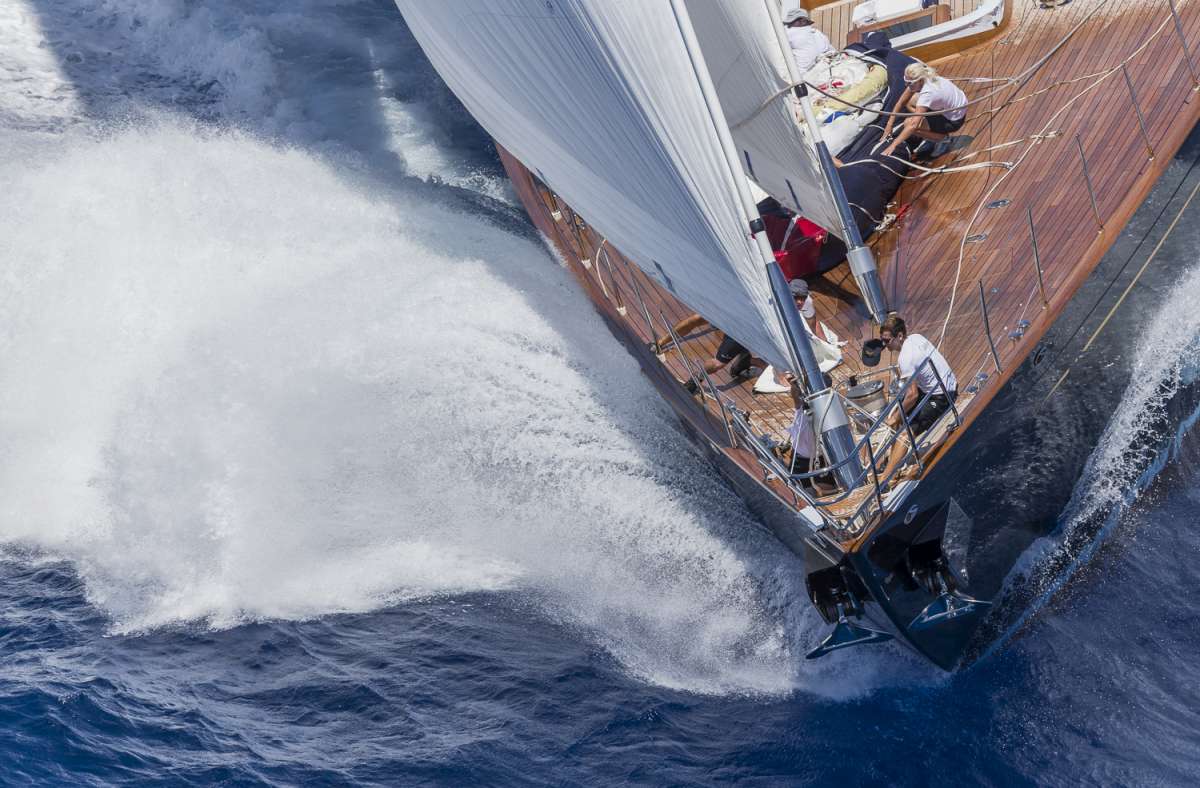 Virgin Gorda (BVI), 12th March 2015. Race One of the Loro Piana Caribbean Superyacht Regatta & Rendezvous brought both competing divisions on a circumnavigation of the island of Virgin Gorda in approximately 16 knots of easterly breeze. The application of the new ORCsy handicap rule combined with time-on-distance pursuit racing had a positive debut outing with many position changes throughout the races and a very compact fleet in the heading into the final stretch. The first two boats in both groups crossed the finish line less than 40 seconds apart after completing courses of 32 nautical miles for class A and 26 nautical miles for Class B. The event, organized by the Yacht Club Costa Smeralda and Boat international Media at the YCCS base in the British Virgin Islands, runs through Saturday March 14th.
In Class A the winning 108-foot Vitters sloop Inoui was followed by the Swan 90 Freya in second and Perini Navi’s P2, with Peter Holmberg calling tactics, a close third.
“In the end it was incredibly exciting, and we managed to pass two yachts [Freya and P2] right at the end. We were looking ahead and halfway through the race we thought we were never going to catch them, then a couple of things went our way. The bigger boats came through the fleet and were playing cat and mouse with the smaller yachts. We’re a very happy ship, and to have won the first race under the new rating system, we’re rapped.” commented Chris Main, Tactician on Inoui.
Class B saw the classic ketch Marie, at 180 feet the second largest vessel in the fleet, chased over the finish line off Necker Island by first-time competitor Wisp in second. Third place went to Drumfire, another modern yacht with classic lines.
Peter Wilson, on board Marie, appreciated the competition from Wisp on her first regatta outing: “It was a perfect day of yachting. Steady windspeed and direction. We had a great battle with Wisp and exchanged places two or three times. Very impressed with the way Wisp went.”
After a demanding first day of racing owners were treated to a Gala Dinner offered by Loro Piana, which included a performance by renowned Italian soprano Maria Luigia Borsi. Crew meanwhile, kicked back a beach party on Prickly Pear island.
All concerned will be back on the race course tomorrow morning for the first signal scheduled for 11.00. Conditions are not set to change with approximately 15 knots of easterly breeze forecast.
For further information on the regatta please visit www.loropianacaribbeansuperyachtregatta.com  or contact the Press Office. Live Tracking will be available on www.yccs.com and updates will be available on Facebook and Twitter throughout the week (#LoroPianaSYR). For further details, press releases, photos and video of YCCS regattas in Virgin Gorda and Porto Cervo please visit www.yccs.com or contact the Press Office.
Contacts
Jill Campbell
YCCS Press Office
+39 3401674755
+1 284 3436998
pressoffice@yccs.it
www.yccs.com