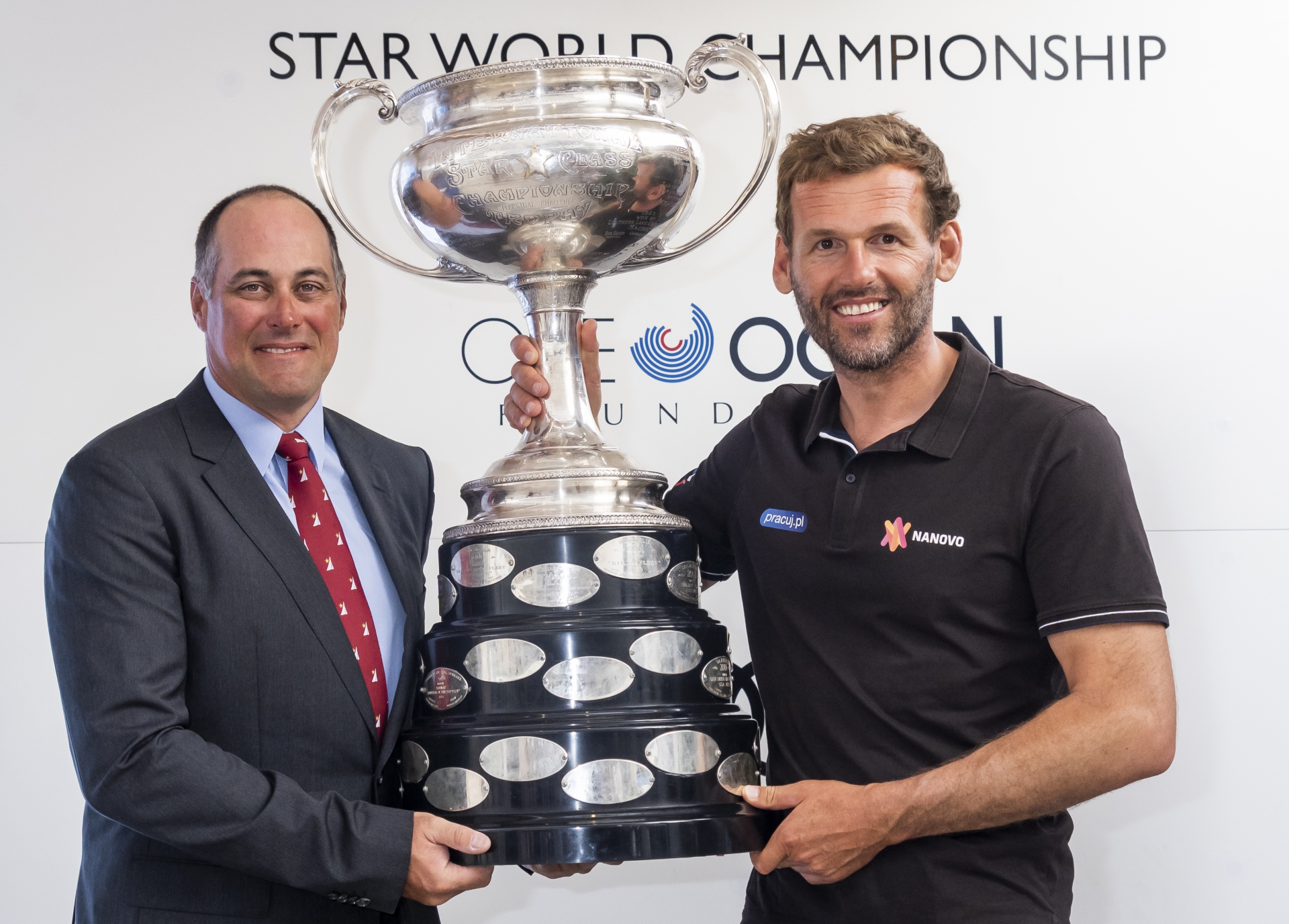 Porto Cervo, June 22th, 2019. The ninety seventh edition of the Star Class World Championship ended with a victory for Mateusz Kusznierewicz and Bruno Prada followed by Augie Diaz with Henry Boening in second place and Eivind Melleby and Joshua Revkin in third. The event was held from June 17th to today and saw 63 teams from 20 nations race in 6 races for the Championship, organized by the YCCS in collaboration with the International Star Class Yacht Racing Association (ISCYRA) and with the support of Main Partner Audi and Technical Partners Quantum Sails and Garmin Marine.

Just before 12.00 noon, the scheduled time for the day's start, the Race Committee hoisted the AP Flag. The start, after two General Recalls, was at about 3 PM when the wind from the northwest filled in. The breeze was at 16 to 20 knots, peaking at 22 knots towards the end of the race.

The new Star Class World Champions are Mateusz Kusznierewicz with his crew Bruno Prada: in a week where their best placement had been a second in the second race, today they were the stars of the Stars. They started in the lead and after rounding the mark lengthened their distance from the rest of the fleet finishing well ahead of the other teams. Kusznierewicz was already Star Class World Champion in 2008 so this is his second title while Bruno Prada has made Star Class history by winning this title five times. Second place goes to Augie Diaz, Star Class World Champion in 2016, with Henry Boening, currently the Star Class European Champion. Diaz also received first prize as a Star Class Gran Master, a recognition that is reserved for Star sailors who are over 60. The Norwegian Eivind Melleby and Joshua Revkin finished third in today's race and third overall.

Skipper Mateusz Kusznierewicz had these words on his win: "We are really happy to have won this Championship, it's almost incredible when I think that this is the first time I have raced with Bruno (Prada). Our aim was to give it our all and never give up and that's what we did. From start to finish, even when we were behind in the fleet we always managed to recover and finish well. We knew that every result counted and this is a sweet taste of success for us."

Bruno Prada, Kusznierewicz's crew, commented: "We never think about the overall victory or about the records we can break when we're racing. This win is especially significant for me and I'm really happy, but the most important thing is that I do it all for my children and for my friends. I hope to give them an example that inspires them to do their best because you can get great results even if you're not a superhero: the important thing is to fight for what you want."