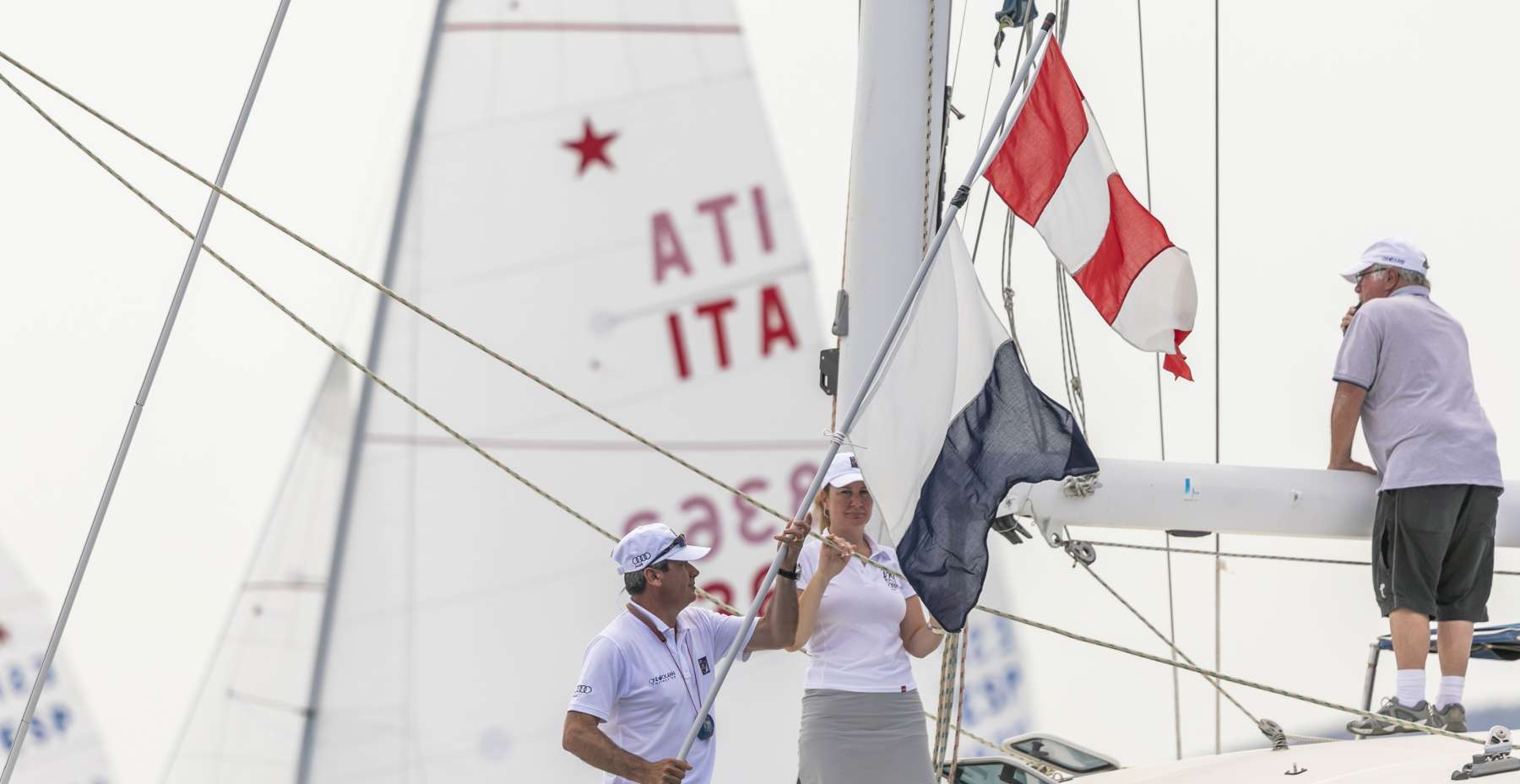 Porto Cervo, June 20th, 2019. There was no racing today at the Star Class World Championship that began on Monday, June 17th and has seen three races out of six run so far. The overall provisional results remain the same as yesterday: the American Augie Diaz in the lead followed by the Norwegian Eivind Melleby and the Polish Mateusz Kusznierewicz in second and third places.

This morning the Race Committee evaluated the weather conditions and hoisted the AP Flag right after the morning briefing at 9 AM. It was lowered at 1 PM with the first Warning Signal called for 2 PM, but once the fleet of 63 Stars reached the race course it became clear that it was going to be more difficult than expected to get this event's fourth race underway. After procedures were started once then suspended, the fleet waited on the water along with the Race Committee but finally at 3 PM racing was abandoned for the day.

Peter Reggio, Principal Race Officer of this Championship had these words: "Today the wind was very shifty and was also not cooperating in terms of velocity. We were ready to start but right in the middle of the sequence we began receiving some really low numbers from the top mark and news about a big left shift, so we stopped there. We waited another hour to give the breeze some extra time to fill in for "raceable" conditions but then we had to abandon for the day and send the fleet back to port. I don't think we'll have trouble in the upcoming days: tomorrow we'll try and get two races in and then we'll wrap it up with another one on Saturday. The forecast for both days looks good." Star Class rules say that you can run two races in one day if it's to make up for a lost race.