Star Class World Championship: changes at the top on Day 2 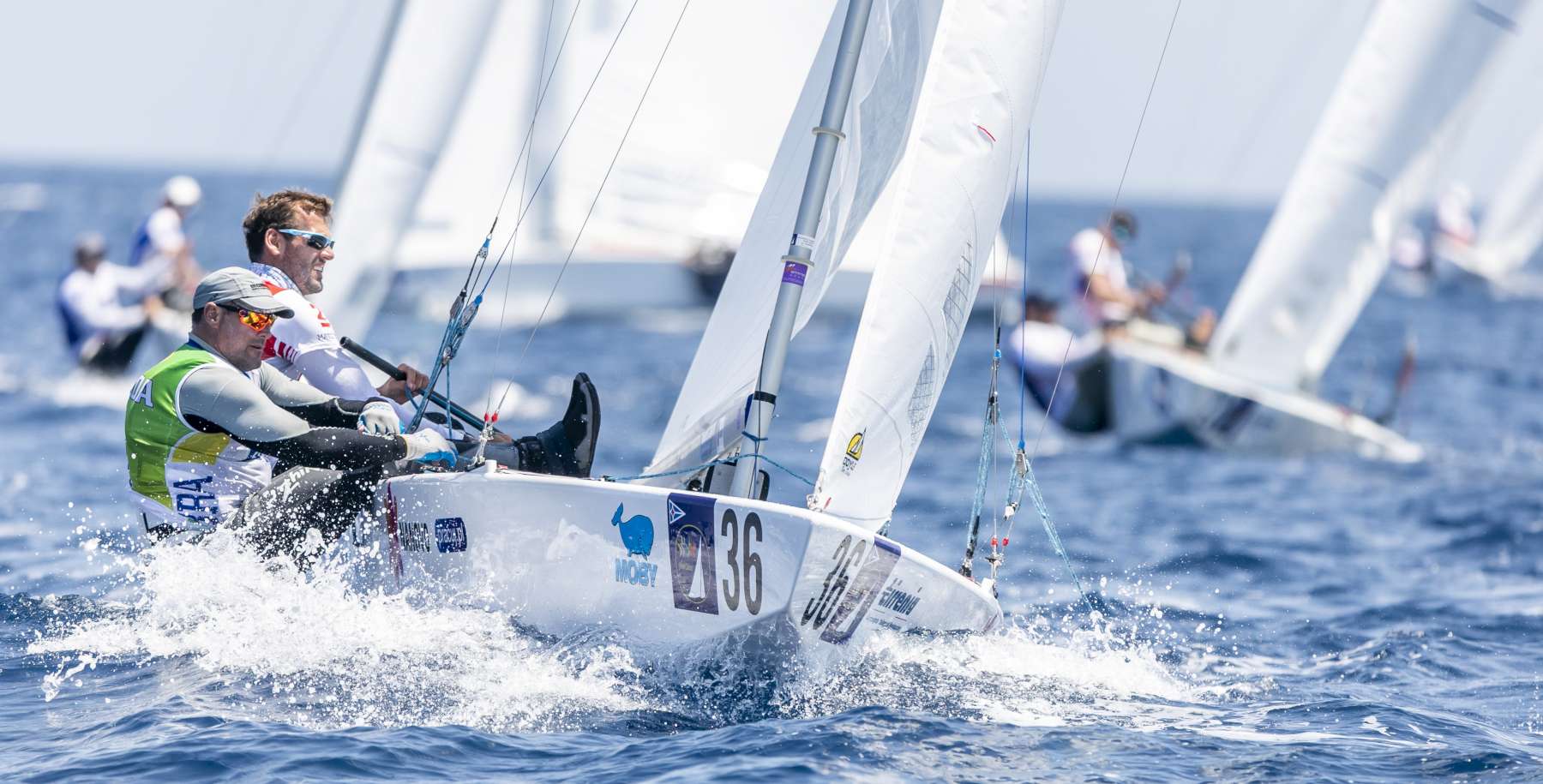 Porto Cervo, June 18th, 2019. Uncertain conditions at the beginning of the second day at the Star Class World Championship gave way to typical Sardinian breezes later on and the day's racing got underway about an hour late. There are still four races to go, but after today's race the provisional scoreboard has changed: the Polish team skippered by Mateusz Kusznierewicz is in the lead followed by the teams with Augie Diaz and Tom Lofstedt in second and third places. The Championship is organized by the YCCS in collaboration with the International Star Class Yacht Racing Association (ISCRYA) and the support of Main Partner Audi and Technical Partners Quantum Sails and Garmin Marine.

This morning the Race Committee hoisted the AP flag at noon and there was a wait of an hour before the breeze filled in. After a first start ended in a general recall, the fleet of 63 Stars from 20 nations set out on the second race of this event in breeze from the north/ northwest at 7-9 knots.

Augie Diaz, Star Class World Champion in 2016 and Henry Boening, the current European Champion after his win in Riva del Garda, lead the race and were concentrated and determined. After rounding the second upwind mark still in the lead they headed straight for the finish in first place. With this win the American Diaz is currently in second place behind the Pole Mateusz Kusznierewicz who was in the top ten all throughout the day. With his second place in today's race along with his crew, the several time Olympic medalist Bruno Prada, is currently in the lead. Third place in today's race for Haico de Boer and Pedro Trouche who rolled the YCCS member Ante Razmilovic and his crew Brian Hammersley, who were in the lead today for a good part of the race. Currently in third place overall are the Swedes Tom Lofstedt with Anders Ekstrom, who finished seventh yesterday and sixth today.