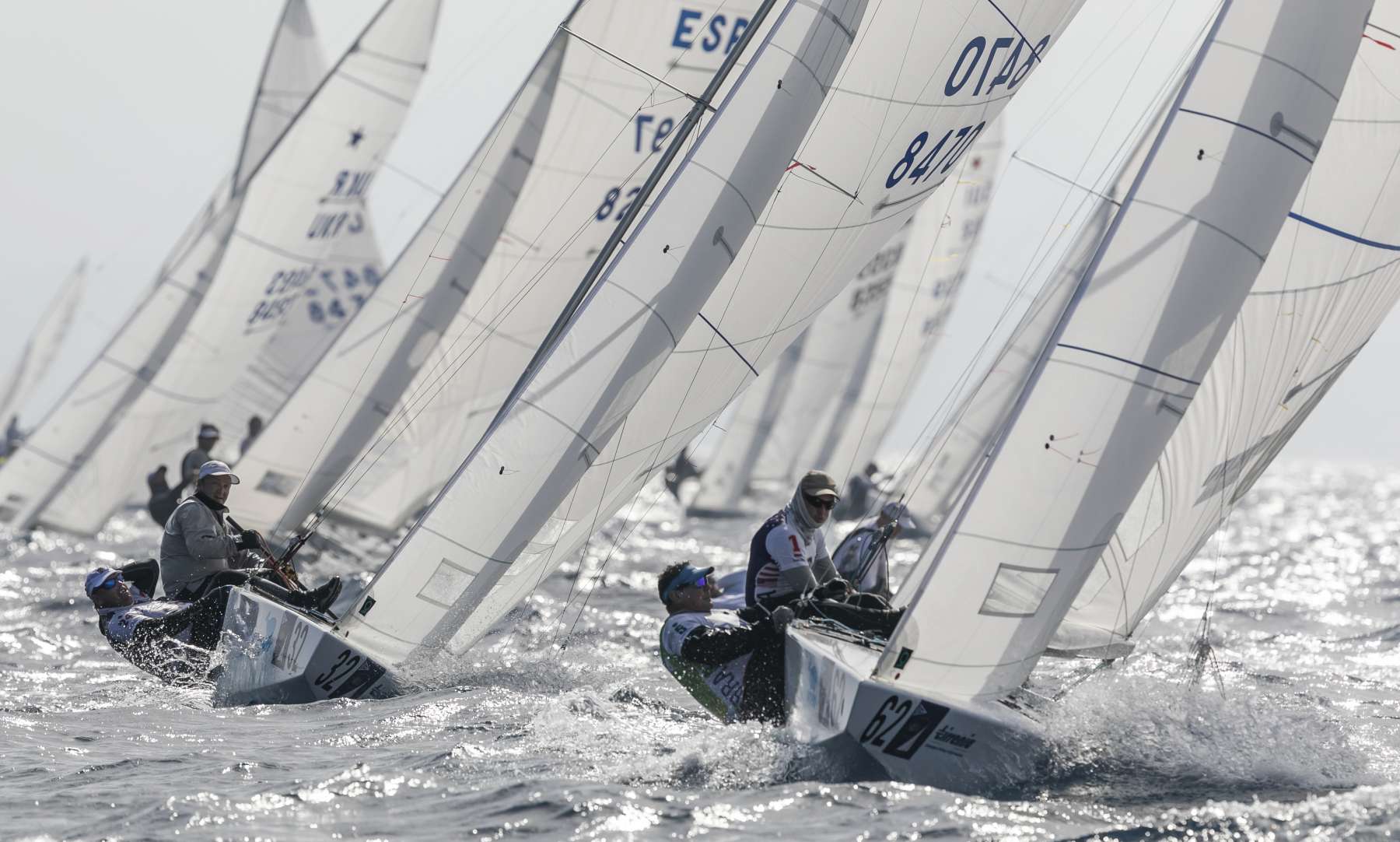 Porto Cervo, June 22, 2019. It was a positive and very intense two-race day for the Star fleet yesterday that had to make up for the race missed on June 20 due to light and shifty wind. With one race to go to the end of the 2019 Star World Championship, Augie Diaz and Henry Boening are leading the provisional overall ranking followed by Eivind Melleby and Joshua Revkin who are tied in points with Mateusz Kusznierewicz and Bruno Prada in third place. The Championship is organized by the YCCS in collaboration with the International Star Class Yacht Racing Association (ISCYRA) and the support of Main Partner Audi and Technical Partners Quantum Sails and Garmin Marine, and should end June 22 with the last scheduled race. Two spare days, June 23rd and 24th, are reserved if the weather should not cooperate tomorrow.

On the morning of June 21 the 63 teams attending the 2019 Star Worlds gathered on the racecourse in front of Porto Cervo well aware that the weather conditions would allow two races. The Race Committee started the first procedures around 12, but the first race of the day only got underway an hour and a half later after six General Recalls. Five of these were Black Flagged and they cost over 20 disqualifications in the fleet with one illustrious victim being American Paul Cayard with Brazilian crew Arthur Lopes. Another two General Recalls delayed the start of the second race too: it only got underway at 16:15. In both races the wind was blowing between 10-15 knots, while the direction, a East/South-East, was a bit shifty and caused a few changes of course.

Marin Misura, a Croatian Star sailor with two Finn campaigns under his belt, literally dominated race four, leading from the beginning to the end. A little fight went on behind him between the renowned Argentinian yacht designer Juan Kouyoumdjian and Italian Riccardo Improta. Kouyoumdjian got the upper hand and closed the race in second, while in third place Mateusz Kusznierewicz surprised everyone and passed a few boats along the last leg.

Race five saw Augie Diaz and Henry Boening always in the lead, with Diego Negri and Sergio Lambertenghi putting pressure on them from behind.The Italian duo was able to pass the American/Brazilian team on the last downwind leg, winning their first race of this Championship. It was a day to remember for Marin Misura who closed the race in third place.

Diego Negri, winner of race five said: "It's been a great win today, at last Sardinia showed its typical conditions, big waves and strong breeze. We gained a few positions in both the downwinds, and went from second to first right on the last one and this helped up climbing up a little in the overall."

The provisional overall results, taking into consideration a discard of the race with the highest score, sees Augie Diaz and Henry Boening in first place just four points ahead of the second and third placed teams, the Norwegian Eivind Melleby who is ahead of but tied for points with the Pole Mateusz Kusznierewicz.

Polish skipper Kusznierewicz commented: "The last day it's going to be full on, we'll attack, this is what we came here for, to win the Star World Championship. Augie Diaz and Henry Boening are sailing a great week, he's always on the right side, but we're holding in there and we're only four points behind, so a win is still possible. We will fight for our chances, we'll be looking in front of us, not behind. We like windy conditions, so we're happy that tomorrow it will be even windier. Bring it on!"

June 22nd will see the sixth and final race of the Championship with the Warning Signal scheduled for 12 noon. The forecast calls for a strong westerly breeze at 15-18 knots.

For updates on social media follow the hashtags #yccs #starsgotoportocervo.