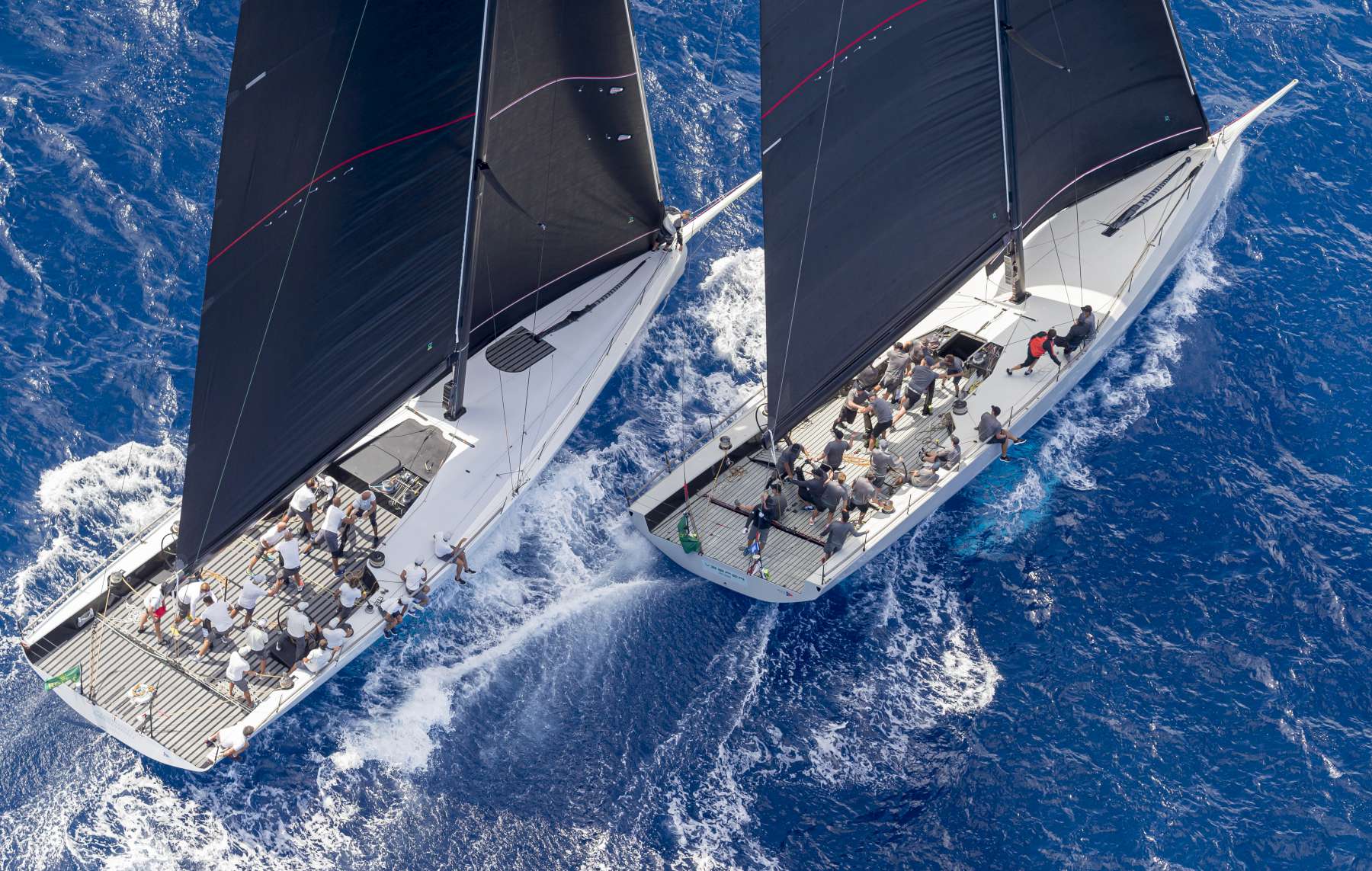 Porto Cervo, 7 September 2019. The 30th edition of the Maxi Yacht Rolex Cup, which saw more than 50 boats gathered in Porto Cervo, ended with another fantastic day of racing. The event is organised by the Yacht Club Costa Smeralda with the support of the title sponsor Rolex and the International Maxi Association.

A clear and sunny September sky and a gentle mistral wind of 12 to 15 knots provided participants and spectators with another great day on the waters of the Costa Smeralda and the archipelago of La Maddalena.

The Wally Class completed two windward-leeward races on a dedicated course, both won by Lyra followed by Galateia in second. All other classes sailed a coastal course which included a counterclockwise circumnavigation of the islands of La Maddalena and Caprera, before returning to Porto Cervo via the Bisce pass, for a total of 25.5 miles. The Maxi Racer and Mini Maxi R1 classes extended the same route to 29 miles, leaving the islet of Barrettinelli to port before themselves turning into the channel between the islands of Spargi and La Maddalena. In many classes the final classification was very close, with the winner being decreed on countback in as many as four categories where two boats had finished on equal points, illustrating the competitive level of the fleet.

The overall winner in the Mini Maxi Racer 1 class was Cannonball, who limited themselves in the final race to controlling the second-placed boat in the overall standings, Vesper. Third place went to Bella Mente, who took the win of the day, demonstrating the potential of the new boat. Dario Ferrari, owner and helmsman of Cannonball, commented "This is a victory we sought and desired after two second places in the latest editions, we won in a very competitive class thanks to an exceptional group, which really works like... a Swiss watch!"

In the Mini Maxi Racer 2 class, SuperNikka took victory ahead of Spectre and Wild Joe. "It has been an exceptional week", said Roberto Lacorte, owner and helmsman of SuperNikka, "I'm lucky to have a high level crew by my side. Now we have a new challenge, a bigger, higher-performance boat. Closing the SuperNikka cycle with a new victory is the best way to start this new adventure."

The points were equal at the top of the Mini Maxi RC class, but Stephen Cucchiaro's Flow won over Fra' Diavolo, owned by Vincenzo Addessi, thanks to their three races won during the week. Third place went to Benoit de Froidmont's Wallyño. The points were tied also in the Mini Maxi CR division where H2O, owned by YCCS Member Riccardo De Michele, pipped Lunz Am Meer to the post thanks to victory on the last day. "We are happy, " commented owner-helmsman Riccardo De Michele, "a splendid crew and a very fast boat."

The fast-paced Maxi Racers also finished with two boats on equal points, with victory going to Highland Fling XI ahead of Rambler thanks to a greater number of daily wins. In the Maxi RC class the tie on points between the Swan 90 Nefertiti and the SW RP90 All Smoke was instead resolved by the number of second places attained, since both boats boasted one win apiece. Juan Ball, owner of Nefertiti: "We were always optimistic that we could win, we have been coming here for five years and we are really happy to have made it this time, against such competitive opponents. It wasn't easy because the first day we struggled more than expected." The J Class Velsheda won in the Super Maxi category ahead of Topaz and Viriella, while the final ranking of the Wally Class saw Lyra claim victory, followed by Galateia and Magic Carpet Cubed. Hamish Pepper, tactician of Lyra: "The team did a great job, today the conditions were complicated but they are sailors who have done the America's Cup and Ocean Race. The boat is fantastic, and our owner, Terry, is learning very quickly, he is always focused on the numbers, on steering the boat, and making sure everything is perfect."

MISTRAL PUTS ON A GREAT SHOW AT THE MAXI YACHT ROL...

DOWN TO BUSINESS ON DAY TWO OF MAXI YACHT ROLEX CU...

PORTO CERVO PROVIDES PERFECT START FOR THE MAXI YA...