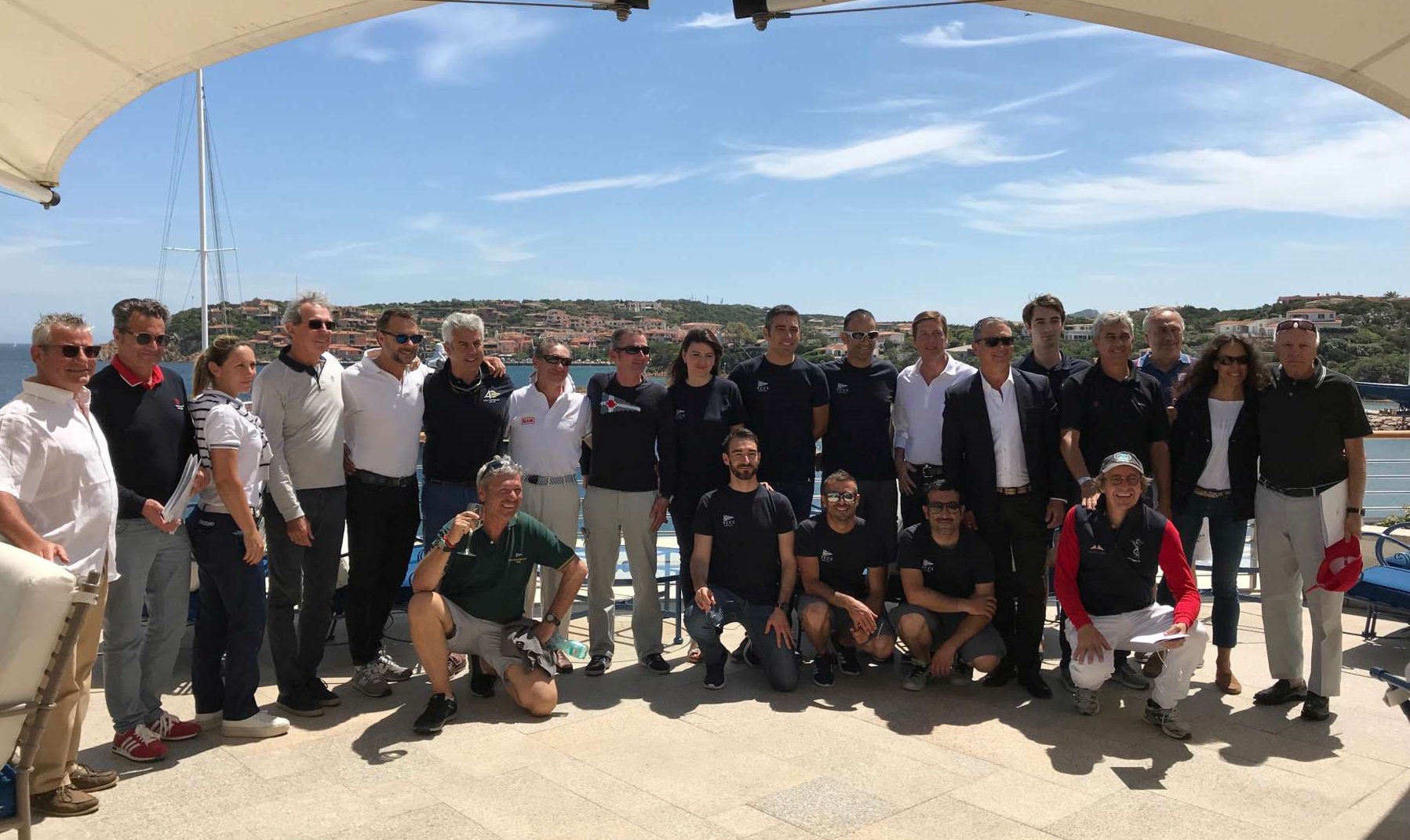 Porto Cervo, Italy. 11 May 2018. Registration procedures were completed this morning for the traditional Vela & Golf event which opens the Yacht Club Costa Smeralda (YCCS) sporting season. Following the official briefing and a welcome brunch, teams were able to test the golf course and the boats from 2 p.m. onward.

The five teams enrolled in the 13th edition of the event will compete over the coming two days, first on the renowned greens of Pevero Golf Club, then on the waters off Porto Cervo aboard a fleet of J/70 boats.

The Yacht Club de Monaco, winner of the last two editions, will participate captained by Alberto Miani and will face a home team representing YCCS led by John Ripard. Last year’s runner up, representing Yacht Club Adriaco (skipper Alderico Paganini), will also return while the Pevero Golf Club team, which placed third in 2017, will be skippered by Giancarlo Coiana. The fifth and final team from Yacht Club Punta Ala (skipper Filippo Calandriello) will also be looking to get the better of their adversaries.

The golfing competition will get underway tomorrow, Saturday 12 May at 9 a.m., while racing is scheduled for Sunday 13 May from 10.30 a.m. with a forecast of westerly winds increasing in intensity up to 25 knots.

For further information, photos or documents visit the event section on our website or contact the Press Office.

For further updates on social media follow the hashtag #yccs.

By continuing to use the site, you agree to the use of cookies.
OK, I got it!