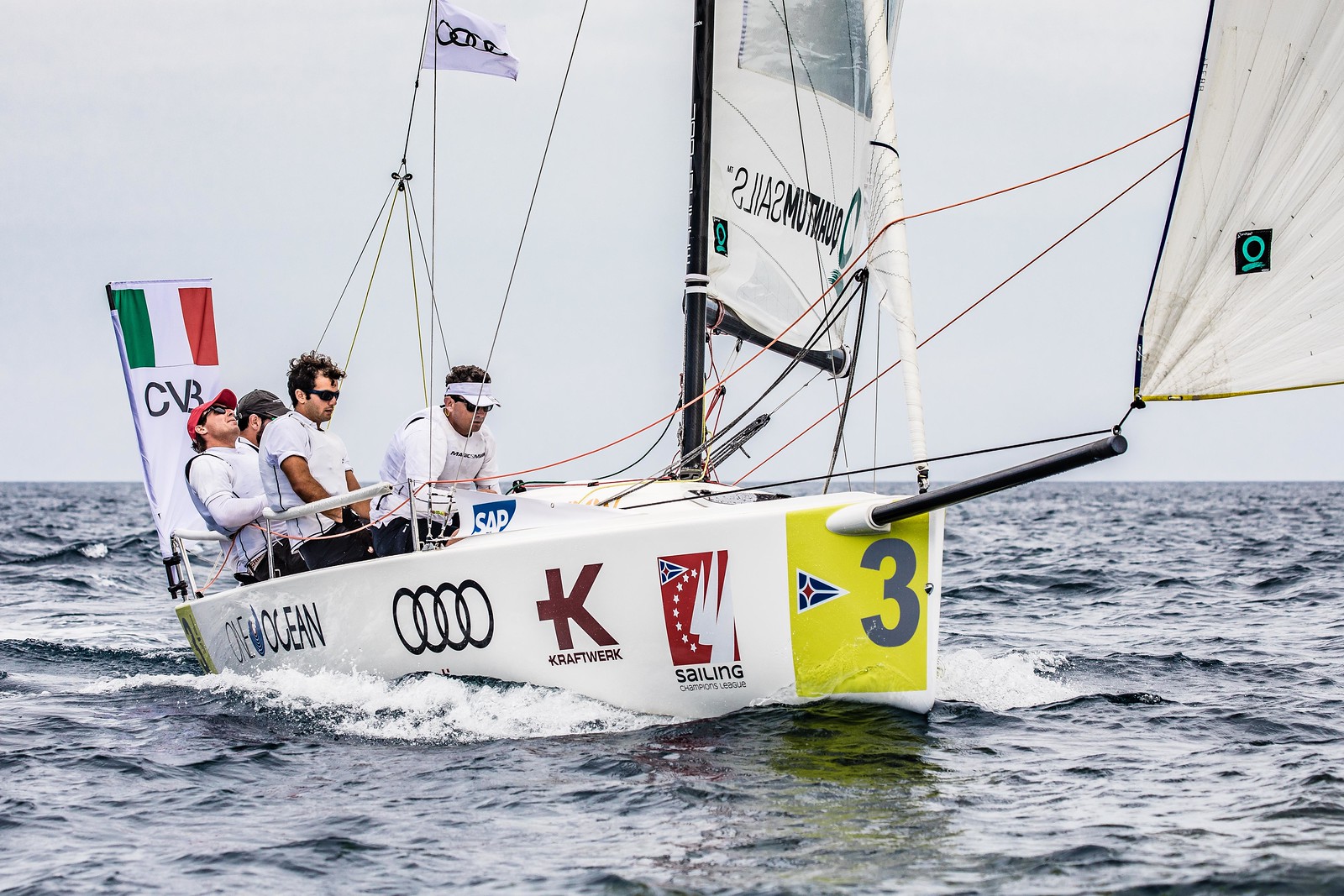 Porto Cervo, Italy. 2 June 2018. The third day of the Audi Sailing Champions League saw the team representing Circolo della Vela Bari move to the top of the classification followed by the Austrians of the Yacht Club Bregenz. Just four flights remain to be held in the final day of the event tomorrow, 3 June.

The wind filled in at around 11 a.m. and the first race got underway soon after, accompanied by an easterly wind of approximately 6 knots which progressively built up to 10 knots and moved to south-easterly. The races took place in quick succession and were broadcast in live streaming on the SAILING Champions League Youtube channel.

Once again today the race course was not easy to read, with shifty wind and unexpected holes in the breeze. In such a closely ranked fleet it was important to make as few mistakes as possible. Many penalties - a 360° turn - were imposed by the umpires who worked in close collaboration.

The team from Circolo della Vela Bari - with four first places, one second and one fifth place today - took command of the provisional standings just one point ahead of yesterday's leaders, the Austrians of the Yacht Club Bregenz, who took sixth place in flight 11. The French team representing Club de Voile St. Aubin Elbeuf moved up to third place at the expense of the German team of Segel-und Motorboot Club Überlingen.

Simone Ferrarese, skipper of CVB: "It was an excellent day and the crew worked especially well, we expected more wind but luckily we managed to perform well in today's conditions too. We are all very close, tomorrow is the decisive day, the forecast gives more wind and we will see who makes it in the end."

Cédric Chateu, skipper of Club de Voile St. Aubin Elbeuf: "We were able to manage the day well, avoiding big mistakes and especially those penalties that had initially brought our scores down. We are very close to our opponents and generally very pleased with the day. "

Racing resumes tomorrow at 10 a.m. with predicted winds of up to 12 knots from the east. Racing will be broadcast in streaming from 12 midday (CEST).

Keep up with daily news, photos, official documents and provisional results from the regatta on our website and via social media using #yccs.