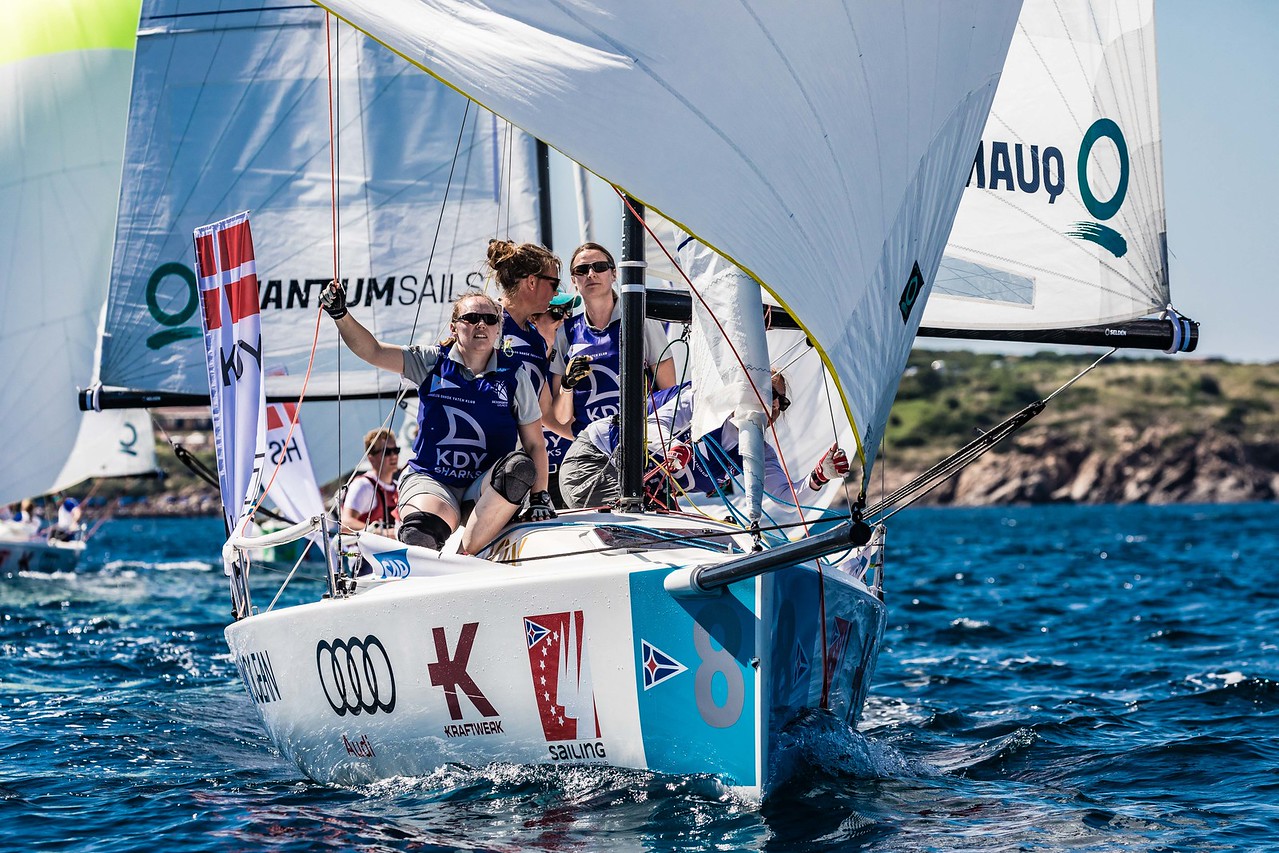 Porto Cervo, Italy. 31 May 2018. Perfect weather conditions welcomed the sailors competing on the first day of the Audi SAILING Champions League to the waters off Porto Cervo today. The event for teams representing their respective yacht clubs is organised by the Yacht Club Costa Smeralda (YCCS), in collaboration with the SAILING Champions League and with the support of title sponsor Audi and technical partner Quantum Sails.

The first of two semifinal legs got underway with a mild Mistral wind between 9 and 12 knots; ideal conditions for the YCCS fleet of J/70s on board of which the 22 club teams from 13 nations completed the first three flights of the regatta. Heading the provisional classification is the all-female team from the Royal Danish Yacht Club followed by the Finns of AAS and Germany's SMCU.

The first semifinal of the SAILING Champions League will conclude on Sunday 3 June with the top 15 crews qualifying for the final organised by Segel Club St. Moritz, Switzerland, from 30 August to 2 September. The second semifinal leg, where a further 15 teams will qualify, will be hosted by the St. Petersburg Yacht Club in Russia, from 3 to 6 August.

Participating crews have travelled to Porto Cervo from every corner of Europe: Slovenia is represented for the first time by JK Aurora, while the largest contingent hails from Nordic and Central European countries.

Each flight consists of a full round of short windward-leeward races, with each leg approximately a third of a mile and teams alternating on board the J/70 fleet. Smooth organisation allows crew changes to take place in just 3-4 minutes, allowing flights to depart in quick succession.