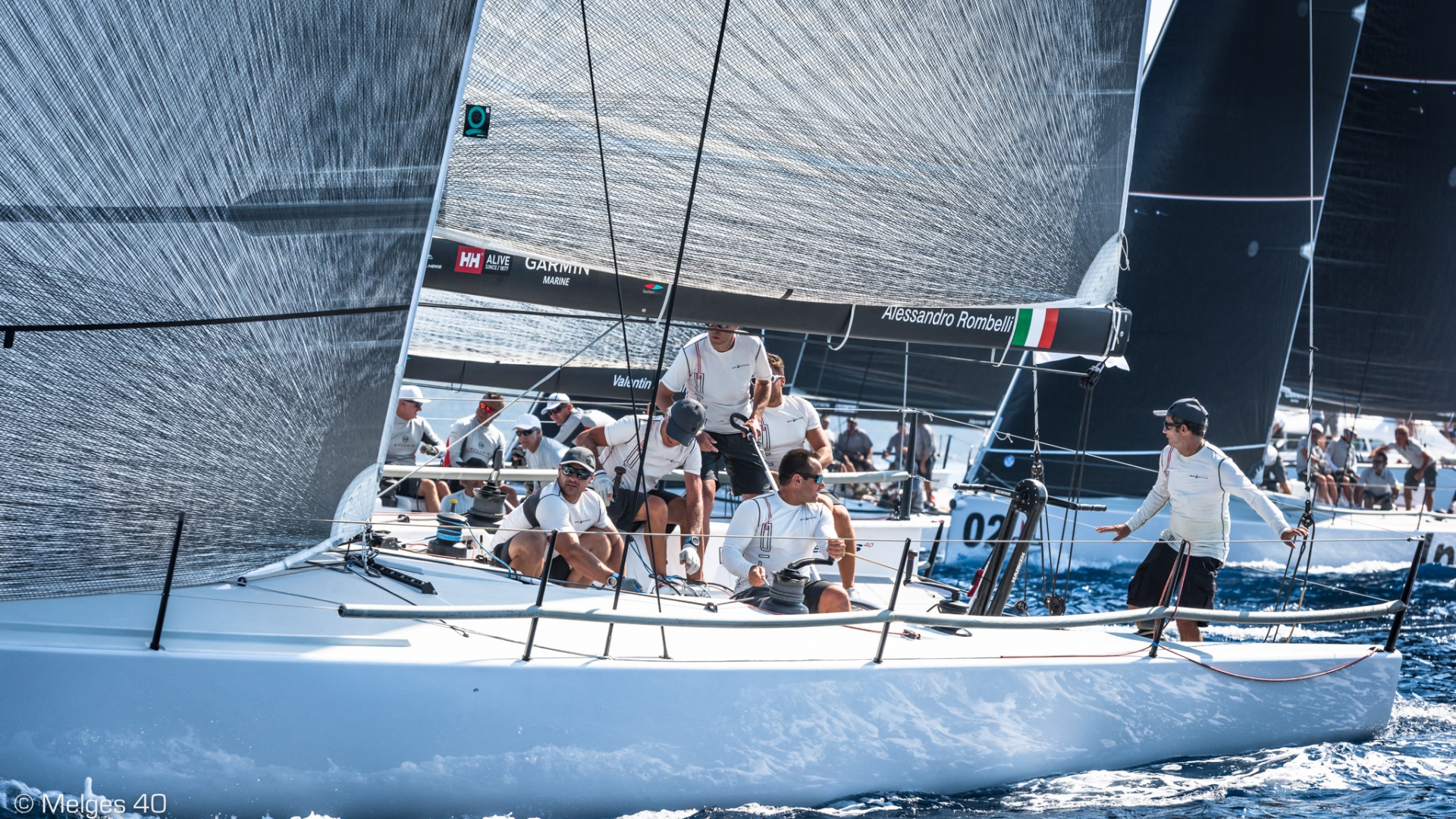 (16 June 2017 / Porto Cervo, Italy) - The story of the Melges 40 Grand Prix started today, hosted by Yacht Club Costa Smeralda (YCCS). After waiting for the breeze to shift some 120 degrees, the first warning was given just after 3 o’clock in the afternoon.

From the very start, teams immediately looked to take advantage of the super fast Melges 40, which with its canting keel and twin rudders impressed spectators as it offered impressive acceleration numbers.

Alessandro Rombelli’s STIG with Jordi Calafat in the afterguard, placed his bow out front of everyone on the first lap of Race One. Sweden’s Richard Goransson on INGA with Vasco Vascotto on tactics, Valentin Zavadnikov’s SYNERGY GT with Ed Baird, and Hannes Waimer on NIGHTSHIFT followed by a few meters. In addition to some very good, solid tactical choices, Rombelli and his crew handled the boat perfectly which made all the difference. Not once did he allow room for an opponent to challenge his lead. For Rombelli, it is a great honor knowing that his name is now forever engraved in the Melges 40 history books as the winner of the first ever Grand Prix race.

“We could not wait to race the new Melges 40,” said Rombelli. “We are more than satisfied with what we saw and experienced today in the race field. Certainly our performance with two wins of the day fills us with pride. But, the happiness is also due to the regatta, the impressive performance of this boat whose real potential is still yet to be explored.”

It was obvious that Rombelli’s team was the most comfortable in today’s very light conditions, not to mention he knew exactly how to make the most of the entire ‘arsenal’ available on the Melges 40.

Rombelli also conquered the second race of the day, placing him in the overall regatta lead leaving behind the order of SYNERGY GT, INGA and NIGHTSHIFT.

“It was a great, fun day today. A light, fast boat with strong acceleration,” says Zavadnikov. “Racing in the Melges 40 Grand Prix is ​​a new game in which all teams will have to learn to make the most of their boat detail as quickly as possible to push the entire ‘package’ to the limit. The Melges 40 really impressed me with its numbers, for now with light air. We obviously want to be the fastest to learn all the secrets of racing the Melges 40.”