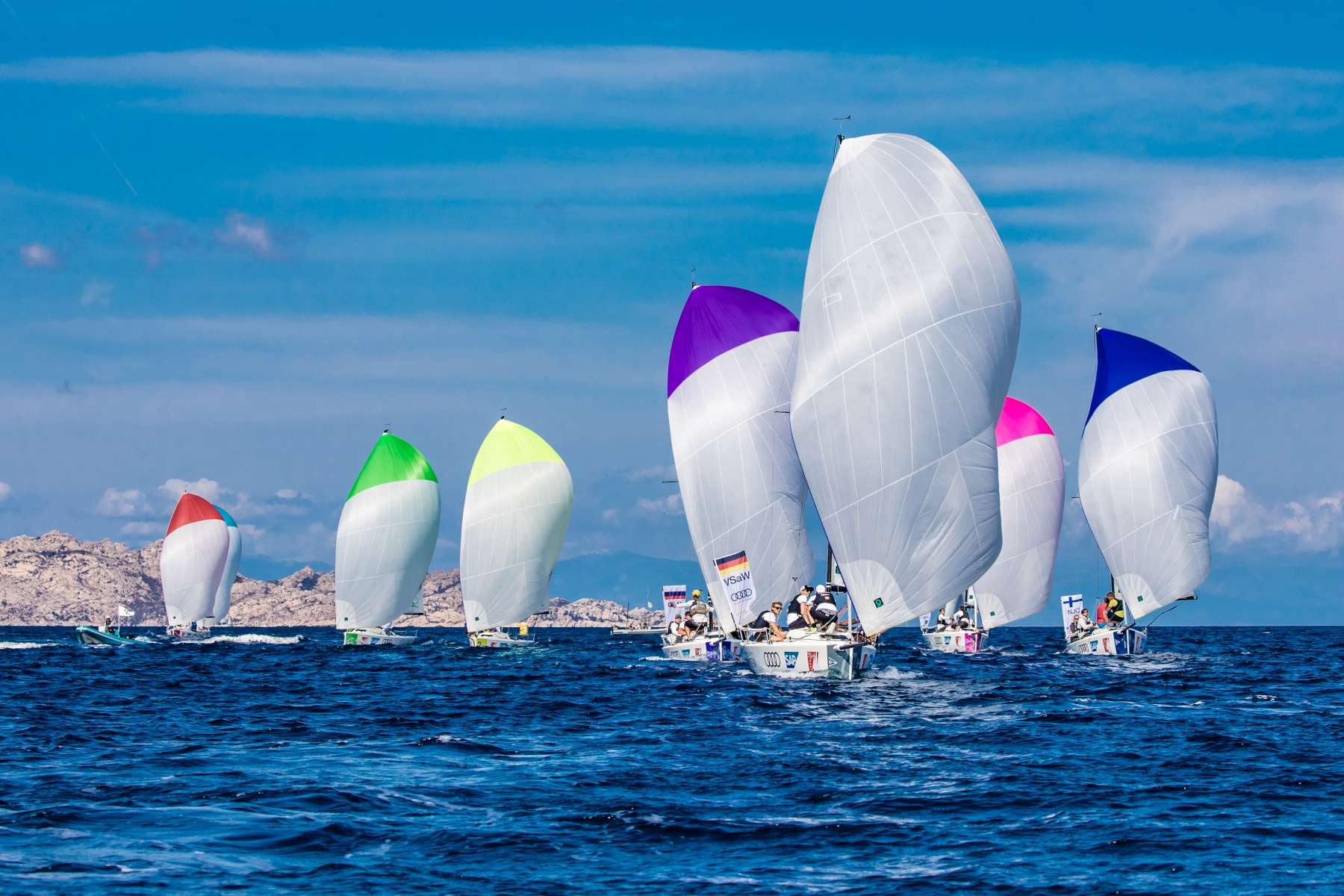 Porto Cervo, 24th September 2017. A decisive final day in the Audi SAILING Champions League final saw the team from host club Yacht Club Costa Smeralda (YCCS) claim the title of Best Sailing Club 2017. The event, organised by the Yacht Club Costa Smeralda in collaboration with the SAILING Champions League and with the support of Title Sponsor Audi and Technical Partner Quantum Sails, concluded today after competitors completed the full schedule of 12 flights of races over the three-day programme.

At 10 a.m. this morning 32 teams representing top yacht clubs took to the starting line off Porto Cervo for the final sprint. After approximately 5 hours on the regatta course, with wind conditions that reached 20 knots and swung from south-east to north-west prompting repositioning of the race area, the full quota of 48 races was completed.

The Italian team representing YCCS, in the lead from day one, secured victory with a first place finish (bringing them to 6 wins in total) and two second places in today's racing.

Federico Michetti from the YCCS team was delighted with the result: "It is a great honour to represent the Best Sailing Club 2017. It's been a great day and a great weekend spent with fantastic friends Flavio Favini on the helm, Branko Brcin and Luca Faravelli together with Filippo Molinari as Team Captain. They were great team mates and I can't think of a better way to round off the sporting season! There were a lot of strong teams here, a lot of young sailors and I really think this is a winning formula."

"Luckily we had a good today, we finished in seventh place overall yesterday so we thought we might not get onto the podium. But today we were concentrated and we had a bit of luck as well so we were able to finish in second place." declared Vladimir Lipavsky of Ost Legal Sailing.

Speaking about the event during the final prize giving ceremony YCCS Commodore Riccardo Bonadeo commented: "The Audi SAILING Champions League brings the YCCS sporting season to a close in this, our 50th anniversary year. I would like all of the 32 teams who travelled from across Europe to take part in three days of thrilling competition My congratulations got to all the participants and to our own team who honoured the YCCS colours. Special thanks must go to the SAILING Champions League Association for collaborating with us on the organization of the event, to the title sponsor Audi, the Race Committee, the International Jury and the staff of YCCS who made this all possible. I hope to see you all here in Porto Cervo during the 2018 sailing season."

The Yacht Club Costa Smeralda will be in Milan on 3rd and 4th October for the One Ocean Forum, an initiative that aims to promote the safeguard and conservation of the marine environment. During the Forum the Charta Smeralda will be presented, a code of conduct comprised of environmentally sustainable principles.

Keep up with daily news, photos, official documents and results from the regatta on our website and via social media using #yccs50 #scl.