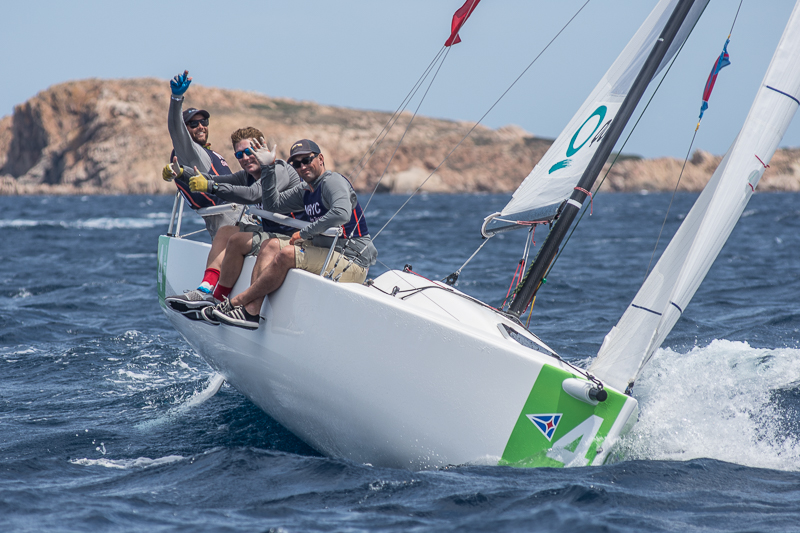 Porto Cervo, 18 June 2016. The second edition of the Invitational Team Racing Challenge regatta in Porto Cervo concluded with a resounding victory for California’s Newport Harbor Yacht Club. Over the course of three day’s racing, organised by the Yacht Club Costa Smeralda, the participating teams completed a total of 62 matches in varied sea and wind conditions.

The team flying the Newport Harbor burgee, together with the crews from New York Yacht Club and Marblehead’s Eastern Yacht Club, proved to be strong contenders from the off. While NYYC racked up a perfect scorecard in the first day’s Round Robin, winning 5 out 5 races, Newport Harbor YC managed to consistently win each one of their races in the Round Robins of days two and three. The battle to attain second position overall - and consequently a place in the final knock-out round - was fought between New York YC and Eastern Yacht Club. However, after a lacklustre performance in the final Round Robin from the New York team, it was Eastern that pipped their NYC counterparts to the post by just one point.

Yacht Club Costa Smeralda Commodore Riccardo Bonadeo commented during the prize giving: “Team racing is a fantastic discipline, it really underlines the fundamental values of sailing: teamwork, concentration and tactical ability. This week we were lucky enough to have three American Clubs who have a great deal of experience in this  specialty, from whom we can only learn. Conditions were varied but today everyone had the real “Costa Smeralda” experience, with ideal wind and sea conditions and sunshine making for a perfect day’s racing. My thanks go to all the teams who travelled here from near and far and I look forward to seeing you all again in 2018.”

To round off the event, which has combined competitive racing with first-rate social events since day one, teams are invited to a gala dinner and prize giving at the YCCS Clubhouse overlooking Porto Cervo Marina.