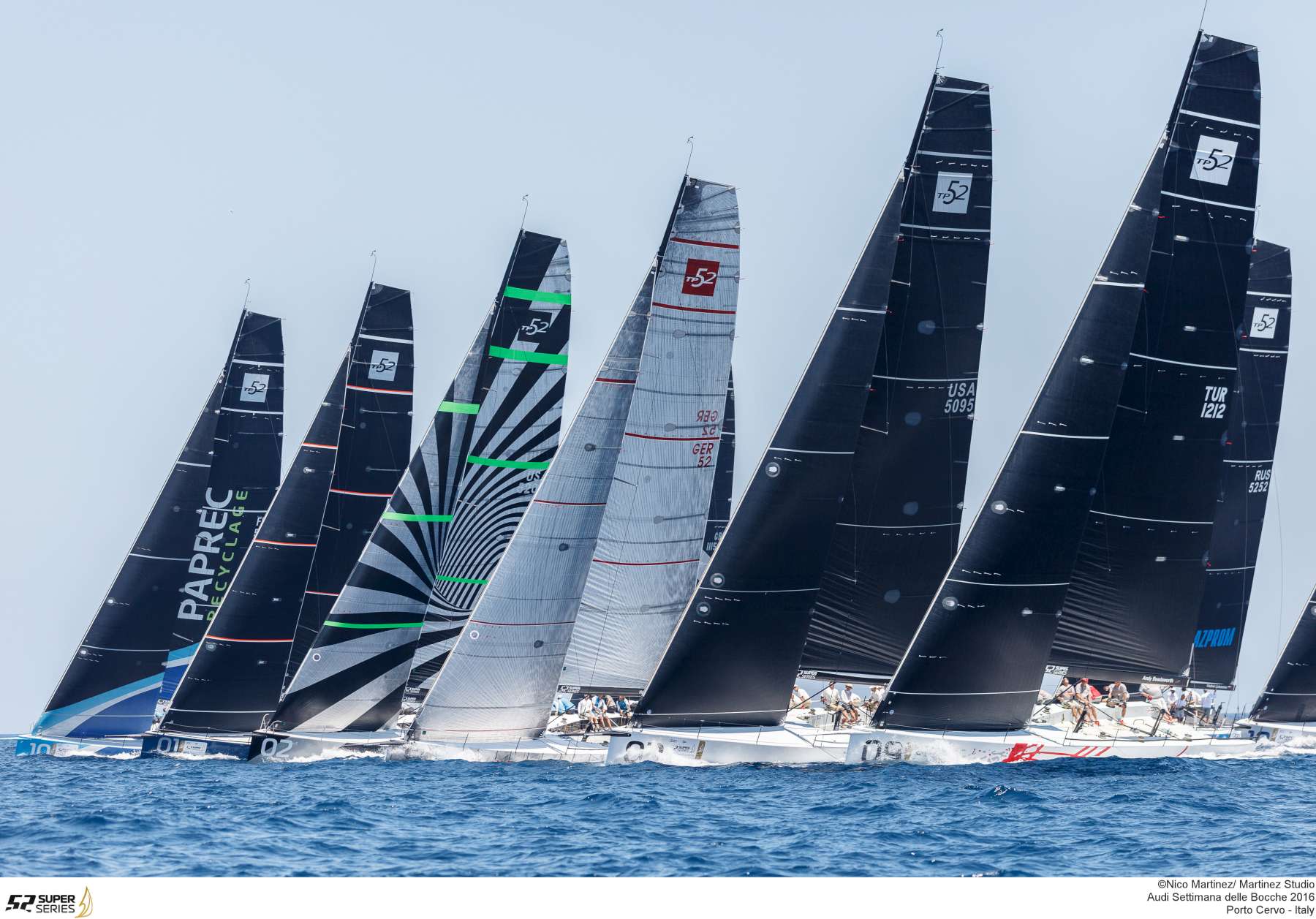 Provezza finished last month's Scarlino Cup regatta under a cloud. On the last run of the last race they slid down the leaderboard from a respectable fourth to a disappointing eighth.

"The only way to approach this today was to say Scarlino never happened. We de-briefed it to death. And we went out today with a plan and we executed and the plan was about right." recalled Tony Rey, Provezza tactician.

After two good races, Porto Cervo delivering a decent 9-11kts of NNW'ly breeze and warm sunshine, Provezza leads Ran Racing by two points. Niklas Zennstrom's crew finished second behind Bronenosec in the first race and sixth in the second race which was won by Quantum Racing.

That Monday's practice race had to be cancelled because the Mistral wind was blowing too strongly did nothing to help owners Doug DeVos and Peter Harrison. DeVos was back on the helm of Quantum Racing for the first time since January in Key West while newcomer Harrison was steering his first ever races in the 52 SUPER SERIES with his Sorcha, the well optimised and prepared four-year-old former Synergy.

Their fortunes contrasted only slightly. Sorcha started Race 1 well, tactician Cameron Dunn taking them to the favoured right side of the course. Quantum Racing were not quite so good, slightly slow off the start line, they finished ninth. But Sorcha had slotted smartly into the tight first windward mark line up, tacking under the bow of Ran Racing to round third and finish in a very respectable fourth.

It was Vladimir Liubomirov's Bronenosec which won the first race. They lead a group of four to the right side, into a better lifted pressure, to round the first mark with a small lead with Provezza second. Ran Racing passed Sorcha and Provezza on successive legs, finishing second.

After debriefing Race 1 swiftly with tactician Terry Hutchinson, strategist Ed Baird and navigator Ian Moore, DeVos nailed the second start better and Quantum Racing were able to hold a good lane out to the left. They lead at the windward mark and were never really challenged, Harm Muller Spree's Platoon taking second. Bronenosec sadly suffered one of the those Penthouse to Outhouse kind of days. From winning the first race they dropped their kite over the back of the boat and spent many minutes trying to recover it, resulting in an 11th place.

"Well it was a tale of two races. The first race was hard to get back into. The second we lead wire to wire. What a great day with awesome competition. It was just great to be out there on the water." smiled DeVos.

They said
Cameron Dunn (NZL) tactician Sorcha (GBR): "It was a fun day. We are really happy. There are lots of things to work on but we are really pleased with how things are going. We made improvements through the day and in fact in the second race we sailed the boat better. I made a few mistakes. We had a good feel for the breeze in the first one and it worked out."

Tony Rey (USA) tactician Provezza (TUR): " We were able to stay in the top three in both races and that always feels good. But as everyone was quick to remind me on the way back in there are eight more races. I felt good for ten seconds and now we are just thinking about tomorrow. There were some ups and downs today and it is all about not having the big bad results."

Doug DeVos (USA) owner-driver Quantum Racing (USA): "No matter what you do you can’t ever get a feel in practice for what it is like in a real race. With the closeness of the racing, with boats around you, just trying to do manouevres then the dynamic is different. And you are trying to think through things rather than just trying to feel it. After some coaching after the first race I felt better in the second. I would have loved to have the practice race."