Azzurra back on top form 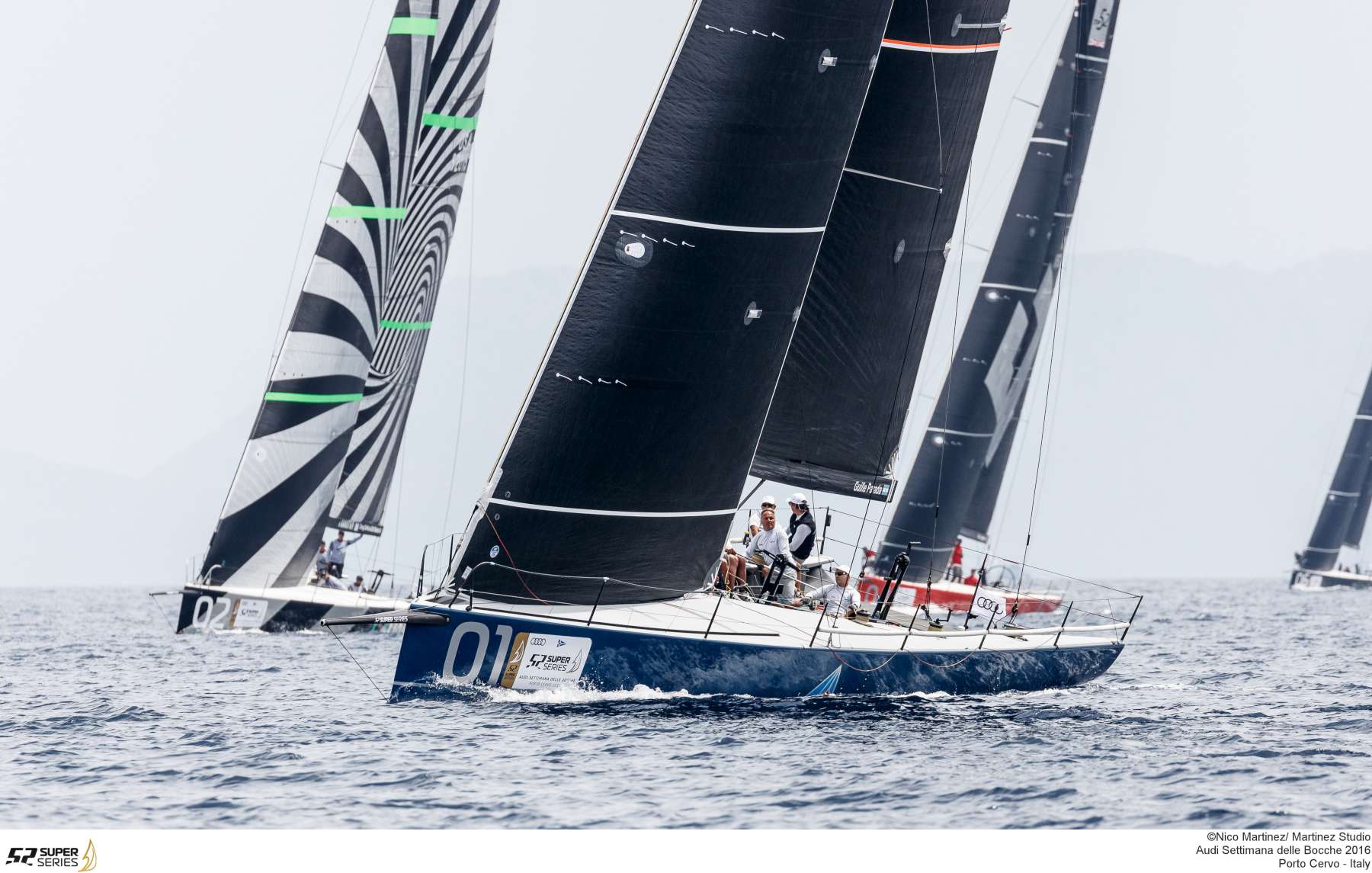 Wednesday 29th June 2016. Porto Cervo, Sardinia. In a shifting, challenging light-breeze which kept tacticians and the race officer on their toes, home favourites Azzurra scored their first race win of the 52 SUPER SERIES season and now earn a share of the lead at the Audi Settimana delle Bocche, which they won last year. The event is organised by the Yacht Club Costa Smeralda and runs through 2nd July.

The gentle breeze moved 50 degrees right over the duration of the race, requiring successive changes to the course axis on each leg of Race 3 of the series. It proved a good day for the underdogs too as XIO Hurakan and Paprec, two of the oldest boats in the fleet, scrapped over the early lead. But Azzurra’s tactician Vasco Vascotto managed to judge the changes best for Azzurra, got nicely to the right of leader XIO at the top mark on the second beat and the home team were able to convert a small lead into their first win of the season.

Azzurra swapped their rudder overnight. Strategist Cole Parada shaved off his beard last night in the simple pursuit of a change for the better. It is not really clear which alteration contributed more to Azzura’s win today, but certainly the mood is lifted in the home camp.

Meantime XIO’s shore team had worked through the night to repair their port second spreader which broke in Race 2 yesterday, re-rigging their boat by 0700hrs this morning. Their second place finish is their best result yet on the circuit, Gabriele Parodi commenting:

“We are the last boat to arrive in the class and we have an older boat and a smaller budget and so it is nice to get our best result yet on the 52 SUPER SERIES. We have done modifications little by little. It is difficult to be here and race against the best guys in the world. But when you do well, it makes it double the pleasure.”

So both were rewarded for their endeavours as the Italian teams made a one-two with Quantum Racing staying consistent in the tricky conditions taking third to lead overall on countback. Platoon lie third.

Racing was delayed until the breeze built and settled enough. But it was fading fast down the final run and by the time the fleet had finished there was not enough wind for a second race.

”It is our first good result of the season which is good. If you were to get to 20 races of the season and still not have won one then there is something wrong, so it is good to get the win. It looks like we have discovered what was wrong. We have made some changes and we have to keep making changes to stay competitive. It is important to feel you have enough speed to be able to not have to make decisions simply because you need to do something different. The most important thing for us is to stay safe and just wait to make the best choices.” said Vasco Vascotto, tactician on Azzurra.

Stéphane Neve (FRA) skipper Paprec Recyclage (FRA): “It is good news for us to sometimes be able to have the speed and make the right choices to get a good result in this high level cast. It is good for the fighting spirit for the team.”

Gabriele Parodi (ITA) project manager XIO Hurakan (ITA): “We are the underdogs. We are the last boat to arrive in the class and we have an older boat and a smaller budget and so it is nice to get our best result yet on the 52 SUPER SERIES. We have done modifications little by little. It is difficult to be here and race against the best guys in the world. But when you do well it makes it double the pleasure.”

For more information visit the 52 Super Series website or www.yccs.com