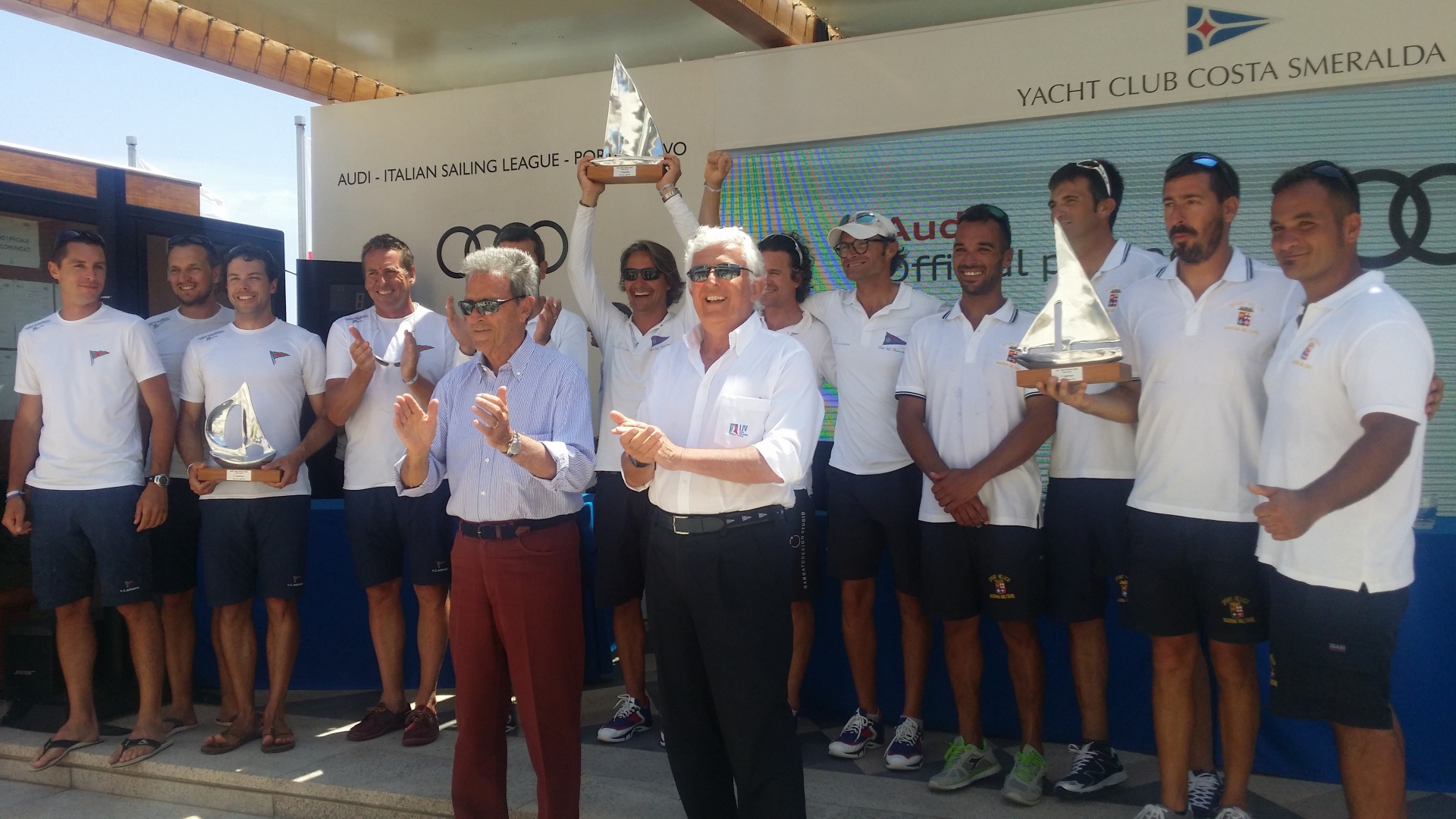 Porto Cervo, 10 July 2016 - Club Vela Portocivitanova claimed victory in the first edition of the Audi Italian Sailing League which concluded in Porto Cervo today. The final day of the second leg of qualifiers for the national league brought light air for the nine competing teams as they completed the final four of the 27 races scheduled. The team composed of Alessandro Battistelli, Alessio Marinelli, Gabriele Giardini and Sandro Iesari rounded off a brilliant scoreline – which included 7 first place finishes over 15 races run - with a first and a second place today. Second place went to the team representing the Italian Navy while Yacht Club Adriaco claimed third place overall just one point behind.

Just behind the podium finishers was the team from the Italian Airforce followed by the Reale Yacht Club Canottieri Savoia of Naples, both of which also qualify for the finals of the Italian Sailing League to be held in Naples in October.
The prizegiving ceremony held in Piazza Azzurra rounded off the three days of racing and special prizes for the youngest team, a fair play award and a “glam” award, went  to the Italian Navy,  Circolo Canottieri Napoli  and Club Velico Portocivitanova respectively.