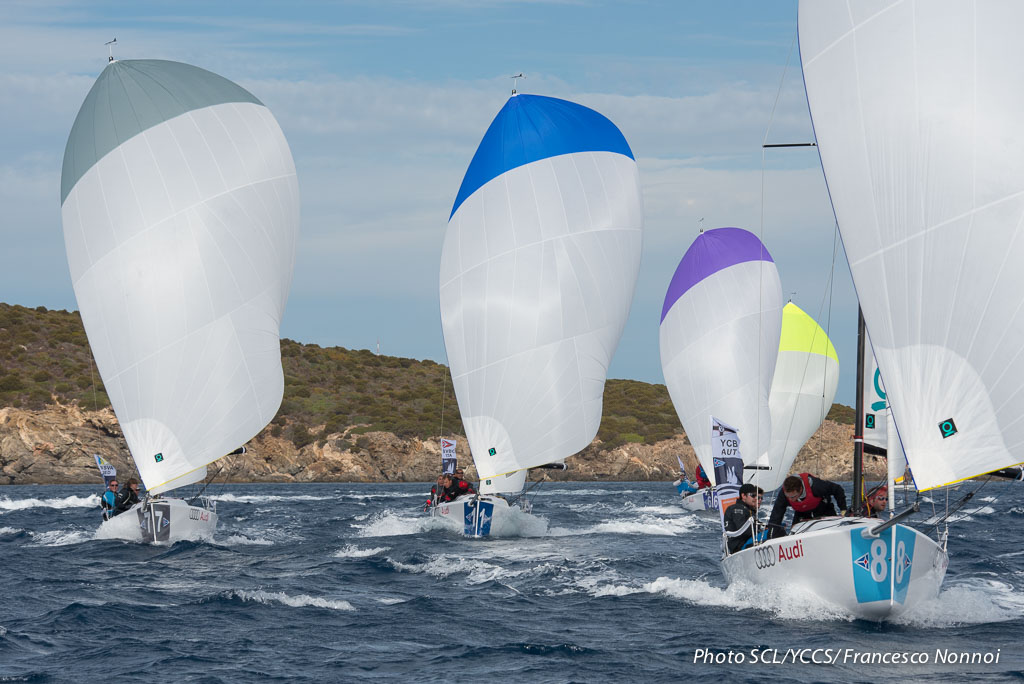 The Audi Italian Sailing League will get underway on 7th July with practice racing aboard the J/70 boats provided by the Yacht Club Costa Smeralda. In the evening the YCCS will host the traditional Opening Ceremony during which each team will receive their flag for the event. Racing will begin on Friday 8th July.

The formula of the Italian Sailing League sees teams compete in a series of windward-leeward races lasting approximately 15 minutes each. Five teams take to the start for each race and a total of 27 are scheduled over the course of the event.

YCCS Commodore Riccardo Bonadeo commented. “We are delighted to add this regatta, the Audi Sailing League, to our calendar of sporting events organised using our J/70 boats. Competitions between sailing clubs, both national and international, play a crucial role in our sport and we are concentrating a lot of effort on this area. This second leg of the national selections promises fast and exciting racing and the YCCS is pleased to welcome all of the teams to our waters. We are also very happy to have an all-female team representing our Club.”

“We are ready for the second challenge of the year,” declared the vice-president of the LIV Alessandro Rinaldi. “This is an important leg and the teams are of a high level. Our thanks go to the Yacht Club Costa Smeralda which, together with the LIV, has done an impeccable job in preparing everything for the event. I wish to welcome all the competing teams and in particular the Italian Navy, the 38th team enrolled in the Italian Sailing League.”

The Audi Italian Sailing League will be held just days from the foundation of the ISLA, the International Sailing League Association, the organisation overseeing Club sailing globally. Roberto de Felice, Vice President of the ISlA commented: “We have worked hard to underline the value of Club sailing. Just over a year from its foundation the Italian Sailing League is the largest in Europe. Last September, here in Porto Cervo at the final of the Sailing Champions League I proposed the creation of the ISLA as a body to coordinate and expand our activities. It is now a reality and the project will put the spotlight on sailing Clubs, the members, history and sporting pride.”

Audi, historic partner of YCCS, is title sponsor of the event and Quantum Sails is technical partner.