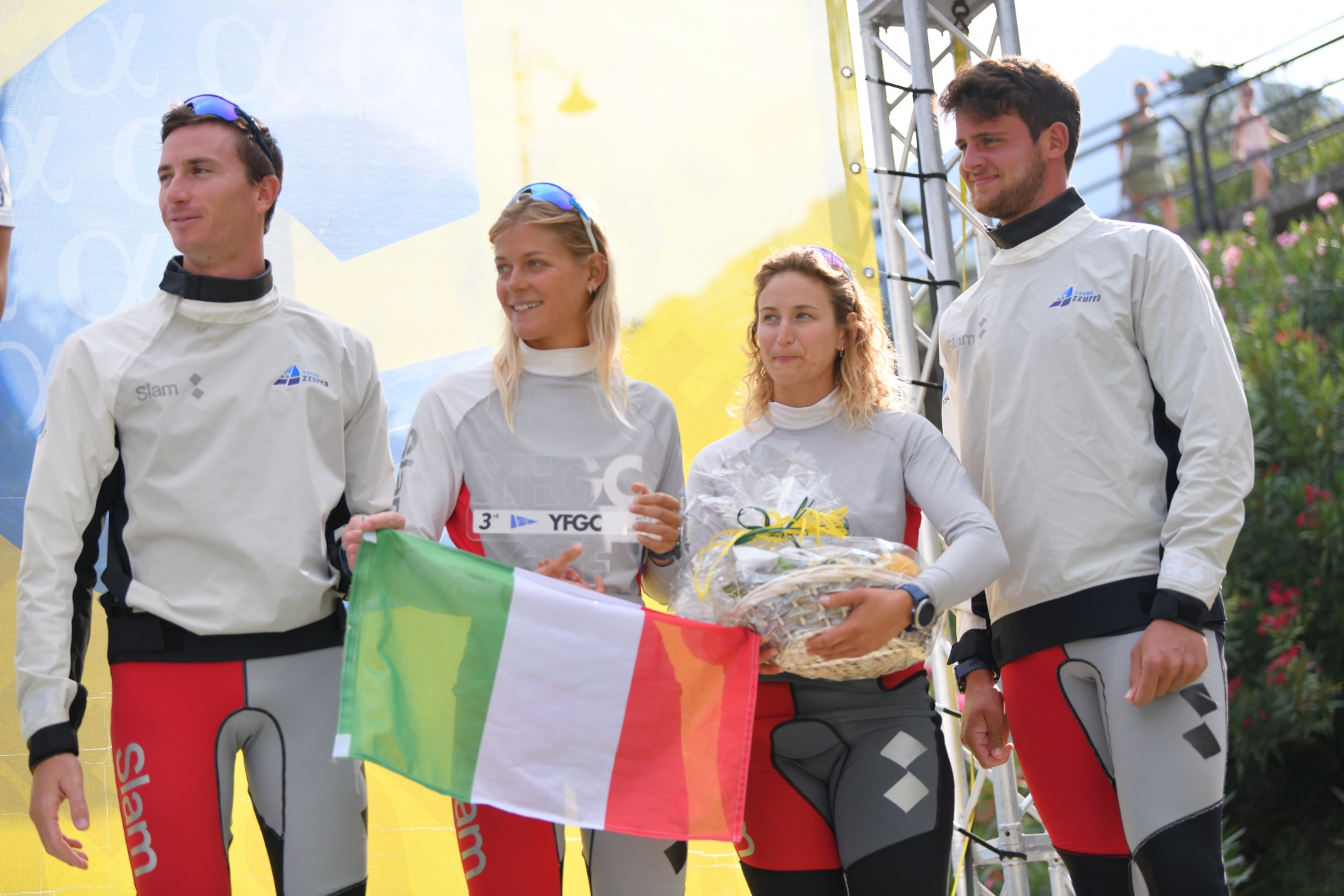 Limone sul Garda, August 26, 2021. Today was the final day of racing at the Youth Foiling Gold Cup held at Limone, a town on Lake Garda and Young Azzurra has concluded this second event in this international circuit in third place. The YCCS team has therefore qualified for this circuit’s final event of the 2021 season which will be held in Cagliari, Sardinia from November 1 to 3.

It has been an intense time for team Young Azzurra comprised of skipper Ettore Botticini, flight controller Federico Colaninno and two mainsail trimmers who alternate on board, Erica Ratti and Francesca Bergamo. The team’s coach is Gabriele Bruni. Qualifying heats were held from August 16th and were ten days of intense competition that were also useful for fine tuning boat setups and trying out new team configurations with an eye to improving performance.

The event’s finals were held over the past three days and saw Young Azzurra competing against the five teams that were still in the running: Dutch Sail, Team France, Fraglia Vela Riva, Okalys Youth Project and Amor. The bar was set very high and Young Azzurra had some difficult days like yesterday. This morning, the final day of the event, the YCCS team headed out clear-headed and determined. Thanks to some excellent starts they finished the event with two bullets, a second and three third places today. In spite of these excellent results, Young Azzurra finished the event in third place, just one point behind Team France in second place. The winner of this event in the Youth Foiling Gold Cup is the team Dutch Sail.