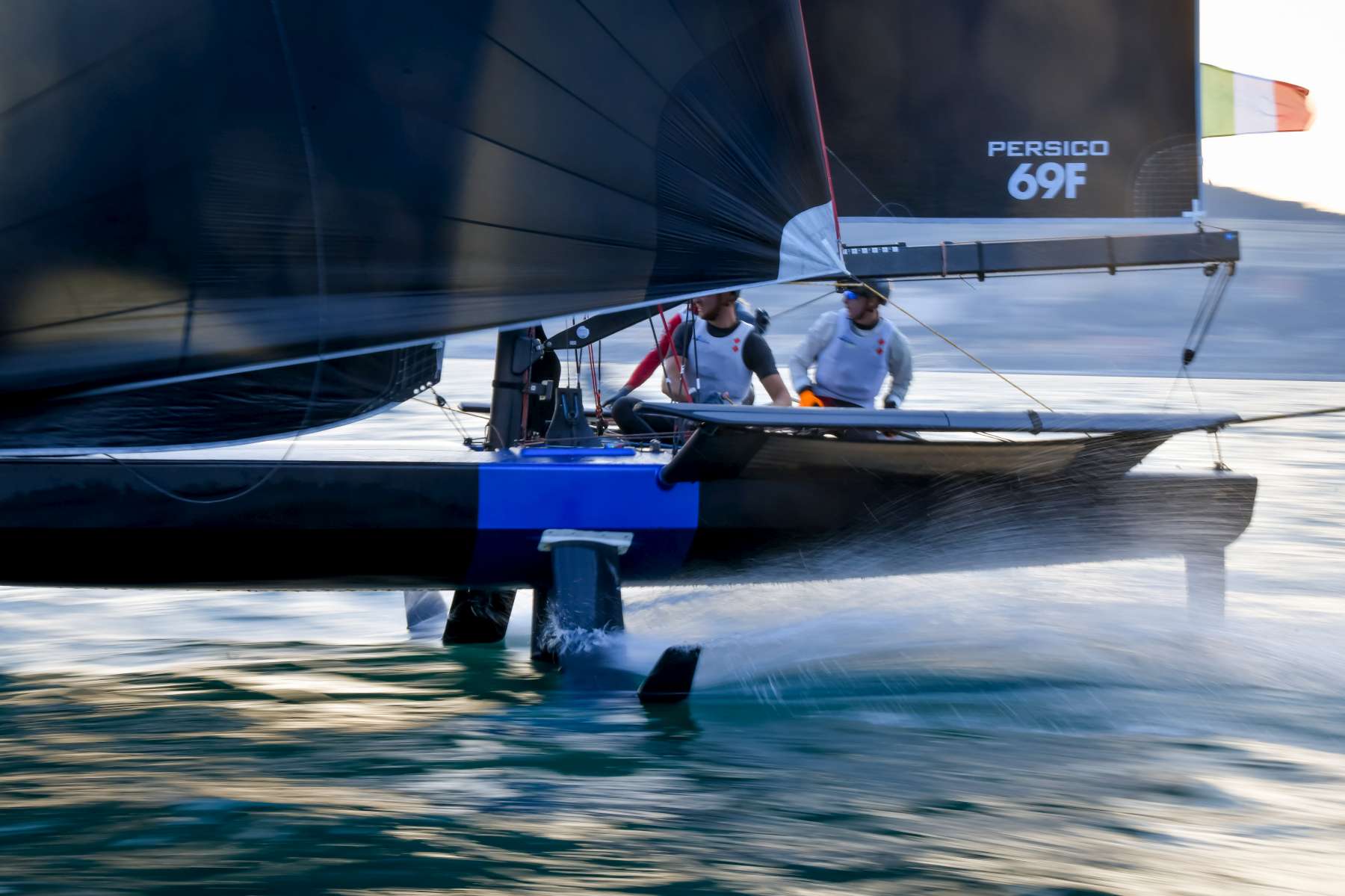 Gaeta, 8 March 2021. Young Azzurra enjoyed a positive day, winning two races to progress through the first knockout round, and with the first two races of the second round completed, currently sits in second place in the knockout classification behind the Agiplast team from Hong Kong.

The first starting signal sounded at around 10 this morning, with a breeze of 8-10 knots from the east. First on the schedule were the final two races of the first round of knockouts, where Young Azzurra racked up two victories to pass on to the second round. The YCCS team led the fleet throughout in both races, crossing the finish line with a comfortable margin in each. Sitting in last place at the conclusion of the first knockout round were Xela Racing from Norway, who will not therefore progress to the finals.

With the first round completed the crews immediately moved on to the second. A complicated start for Young Azzurra in the first race saw the team cross the finish line in fourth, however they immediately bounced back to clinch another win in the following race. With two races completed in this round, Young Azzurra currently holds second place in the knockout ranking.

One more race remains to be held tomorrow, 9 March, to complete the second knockout round of the Youth Foiling Gold Cup.

Ranking - second knockout round (after 2 races)