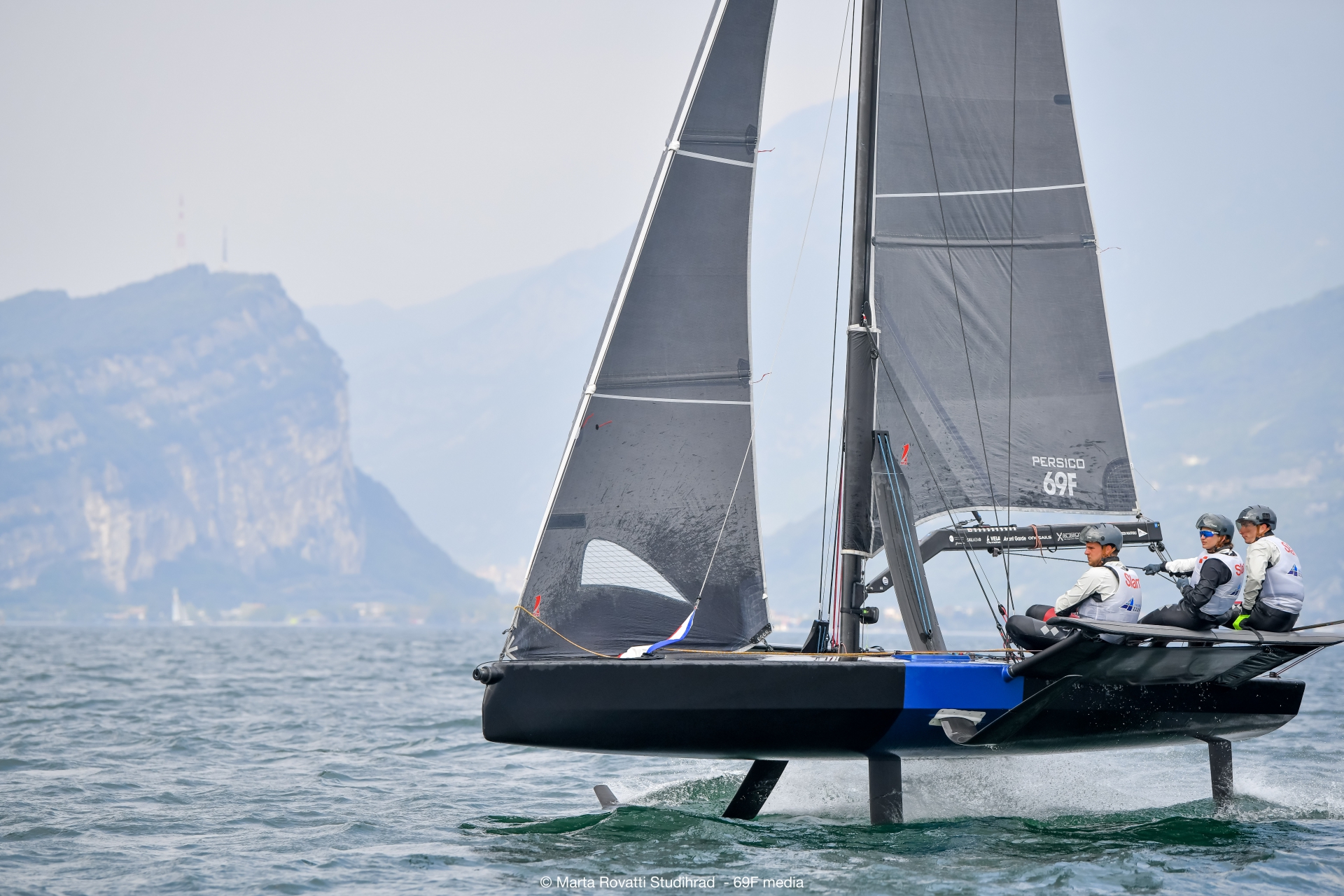 Porto Cervo, 29 April 2021. Young Azzurra will take part in the first leg of the Grand Prix 1 in the Persico 69F Cup from tomorrow, 30 April, through 2 May. This will be the second sporting event of the year for the YCCS team, which finished in second place in the first international leg of the Youth Foiling Gold Cup in March.

The Young Azzurra team - composed of skipper Ettore Botticini, flight controller Federico Colaninno and the two mainsail trimmers who alternate on board, Francesca Bergamo and Erica Ratti - will also be training with new coach Gabriele Bruni from this regatta. Currently the Italian Sailing Federation coach for the national Olympic team in the Nacra 17, the foiling catamaran for mixed crew, Bruni's career highlights include the Sydney Olympics on the 49er, the 32nd America's Cup in Valencia with +39 Challenge, and strategist with the relaunched Azzurra project at the Louis Vuitton Trophy in 2008/09, winning the leg in Nice, France. The new coach will also prepare Young Azzurra for the second leg of the Youth Foiling Gold Cup, scheduled for Limone, Lake Garda from 13 to 26 August.

﻿"On behalf of the YCCS and the Young Azzurra team I would like to thank coach Enrico Zennaro, who has trained the Young Azzurra team up until now, taking them to their current level of competitive performance. At the same time, I am pleased to welcome new coach Gabriele Bruni to this adventure. Sport means continuously putting yourself to the test, a constant search for new limits and goals to overcome, which is precisely the spirit of the Young Azzurra sporting project.” commented Michael Illbruck, Commodore of the Yacht Club Costa Smeralda.