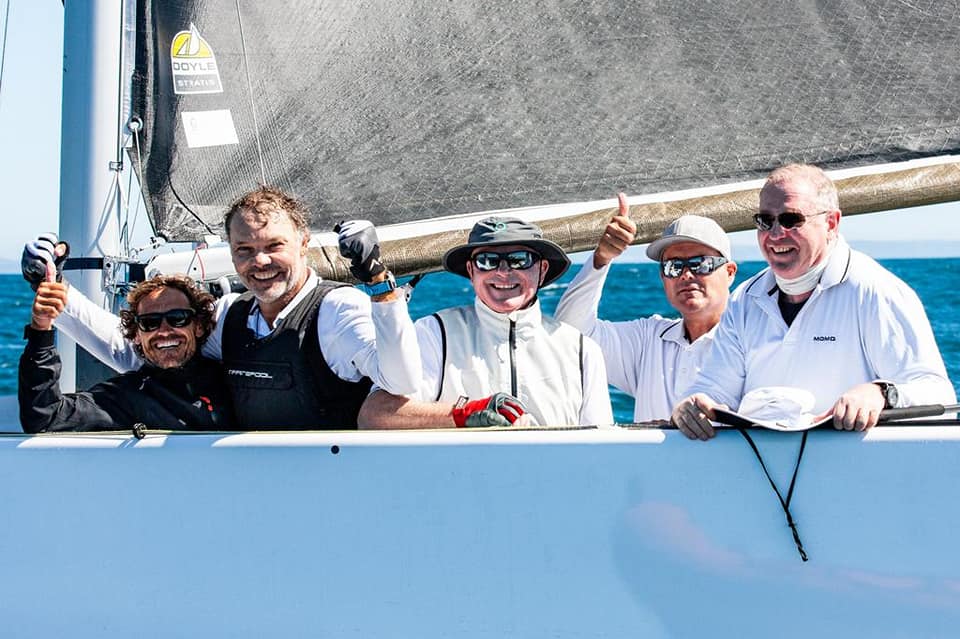 After claiming victory in the 6 Metre World Championship held in June in Sanxenxo in Galicia, YCCS member Dieter Schoen has also triumphed in the Europeans for the class, which concluded on 10 September in Cascais, Portugal. The win was hard-fought right up until the final race, which he won aboard his Momo, launched at the beginning of this year.

Upon receiving the Coppa Giovanelli perpetual trophy at the prize giving, Schoen complimented his opponents and thanked the organisers and his crew: “I would like to thank Patrick de Barros and Scoundrel One for the great battle fought this week, the organising club for doing an excellent job, and my crew, we are a good group and we’ve won again.”

Congratulations from the YCCS to Dieter and his team.