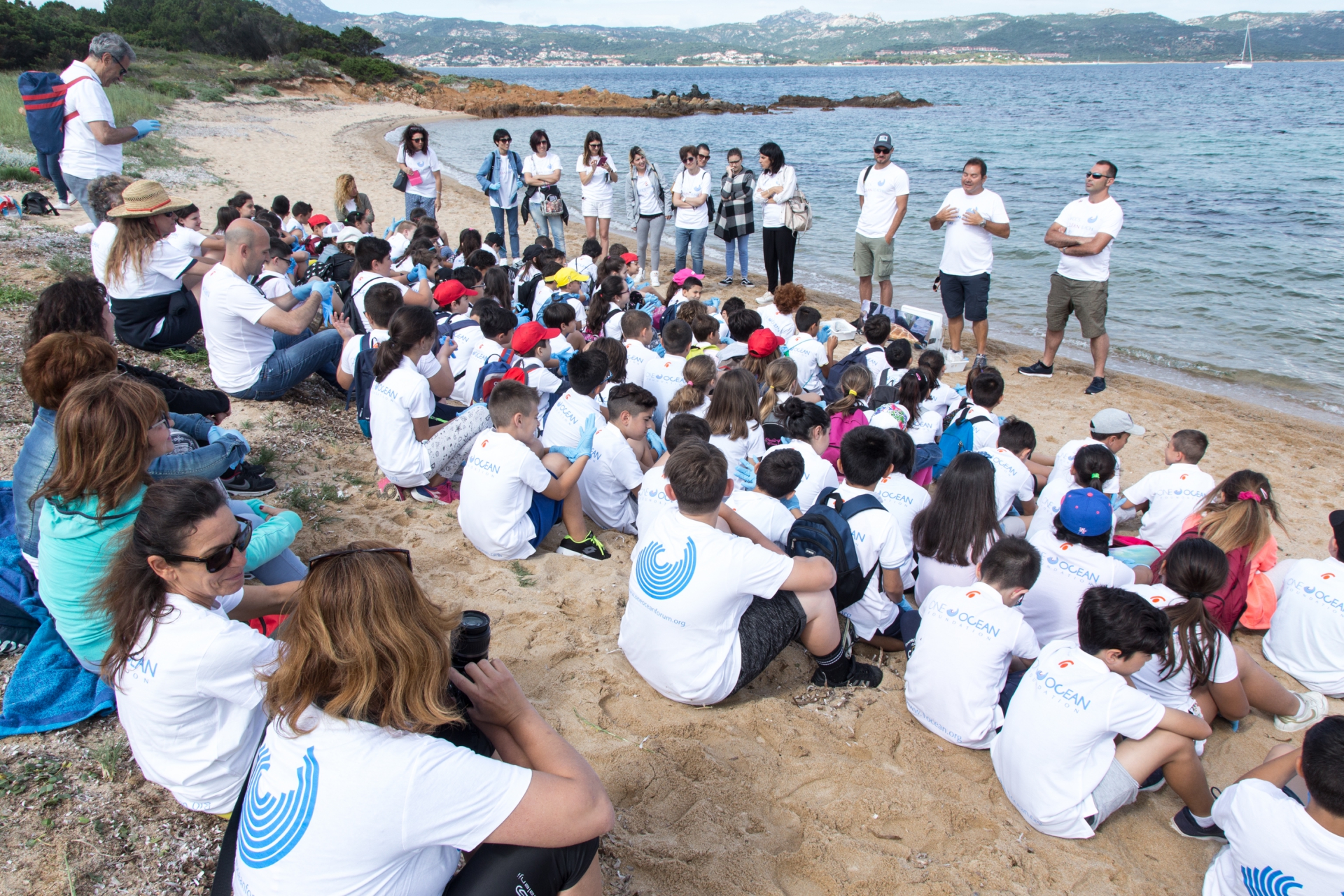 Porto Cervo, 3 June 2019. Established several seasons ago and now an annual appointment, on 8 June, World Oceans Day, the YCCS Clean Beach Day will be held. The initiative is organised by the Yacht Club Costa Smeralda in collaboration with the One Ocean Foundation, and is sponsored by the Municipality of Arzachena, which has included it among the events on its "Agenda Blu" calendar. The event is open to everyone, and will involve approximately 80 students of the scientific high school "Falcone e Borsellino" in Arzachena.

The appointment is for 8 June at 9 a.m. at the beach of Mannena near Cannigione, in the Municipality of Arzachena. Before getting down to the business of cleaning the beach, the association SEA ME Sardinia will give a short educational and informative lesson to raise awareness among the participants on the theme of marine pollution and make them aware of the importance of taking affirmative action as individuals as part of the long process of change, in which everyone is encouraged to adopt positive habits.

Based on data released in 2018, relating to a 2013 study by the Italian National Centre for Research, the average plastic waste present in the sea is 811 grams per square kilometre, with peaks of 10 kilos between Corsica and Tuscany. Around Sardinia, Sicily and the Apulian coasts, the average is 2 kilos. These values are even higher than the “great garbage patch” in the North Pacific Gyre: an area of approximately 1,000,000 square kilometres where currents gather together the rubbish present in the ocean.

The female whale found beached on Cala Romantica at the end of March with about two thirds of her stomach filled with plastic waste and a dead foetus in her womb, is a snapshot of the situation that marine species are facing.

The YCCS and its One Ocean Foundation organises events such as this to help highlight the importance of a culture of environmental sustainability, promoting the Charta Smeralda ethical code.

Local nautical clubs such as the Yacht Club Cannigione and the Club Nautico of Arzachena will also take part, together with a team of divers from the Association "Una capovolta nel Blu", who will clean the stretch of sea in front of Mannena beach. The event is also supported, from a promotional point of view, by the Consorzio Costa Smeralda, a partner of the One Ocean Foundation.

Directions for Mannena Beach: go to Cannigione and take Via Nazionale, turn left and take Via Elba. Then turn right onto Via Sicilia and after 450 metres take Via Monti Corru, then continue straight to the municipal car park in front of the beach.

For information write to pressoffice@yccs.it.