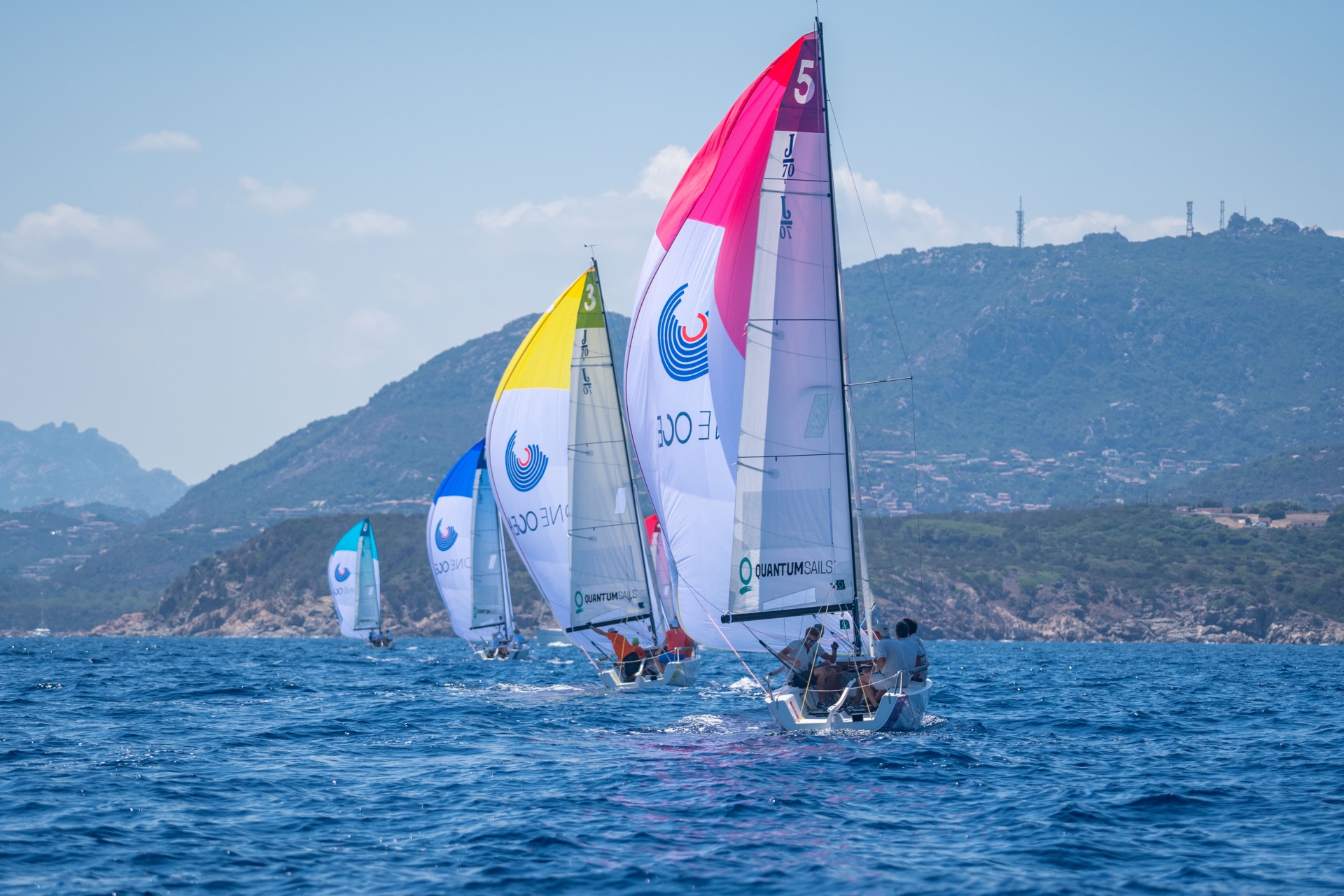 Enrollments were finalized today and now teams are trying out the course and the boats. Tomorrow morning, Friday September 23rd, the teams will compete on the Pevero golf course then will sail using the YCCS fleet of J/70s on Saturday September 24th. The winner of the event will be the team that gets the most points from the sum of the results on the golf course and during the regatta.