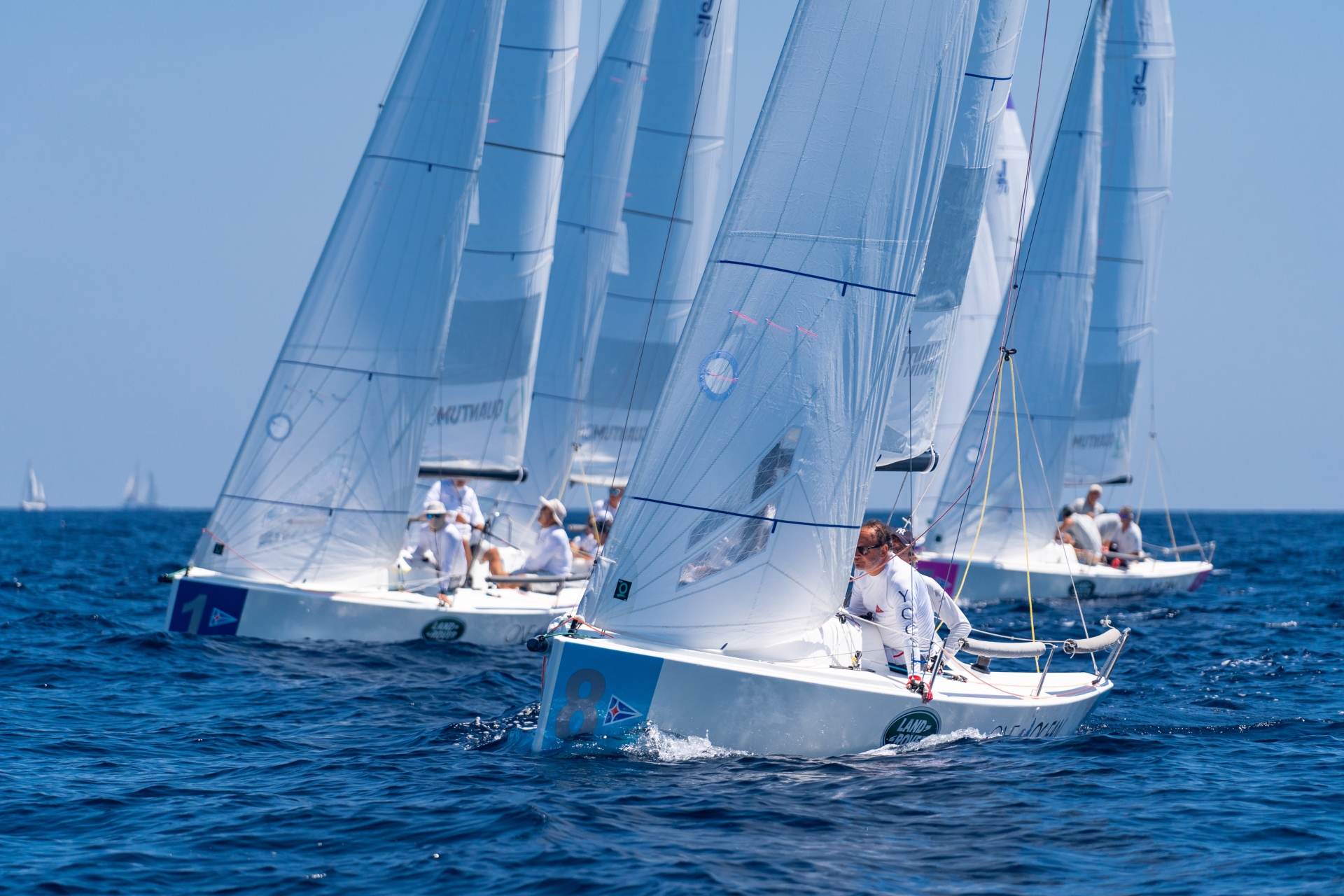 Porto Cervo, August 7, 2022. The twenty-seventh edition of the YCCS Members’ Championship, organised yearly by the YCCS for members only, was held today. Winner of the event is Stefano Lelli’s team that finished ahead of Luca Locatelli and Giovanni Lombardi Stronati, who finished in second and third places respectively.

The briefing was held this morning at 10 and afterwards the six participating teams headed out to be on the water for the first warning signal at 11. Three windward/ leeward races were completed in northerly wind at 6 to 10 knots.

The convivial spirit that has always characterized this traditional event saw a healthy and friendly level of competition between the six participating teams. The contest on the water today was mostly between Stefano Lelli and Luca Locatelli’s teams. In the first two races Lelli’s team Jonathan II lead the fleet finishing first in both races. In the final race Locatelli’s team prevailed and managed to cross the finish line just seconds ahead of their rivals. With two bullets and a second place Stefano Lelli’s team – sailing with Julio Ayllon, Mia Milillo, Roy Joseph Muscarella and David Ferrazzani aboard - won the twenty seventh edition of the YCCS Members’ Championship. Just one point behind them was Luca Locatelli’s team in second place, followed by Giovanni Lombardi Stronati in third.

The prize ceremony was held at the YCCS, with the winner taking home an inReach Mini 2 offered by Technical partner Garmin Marine.