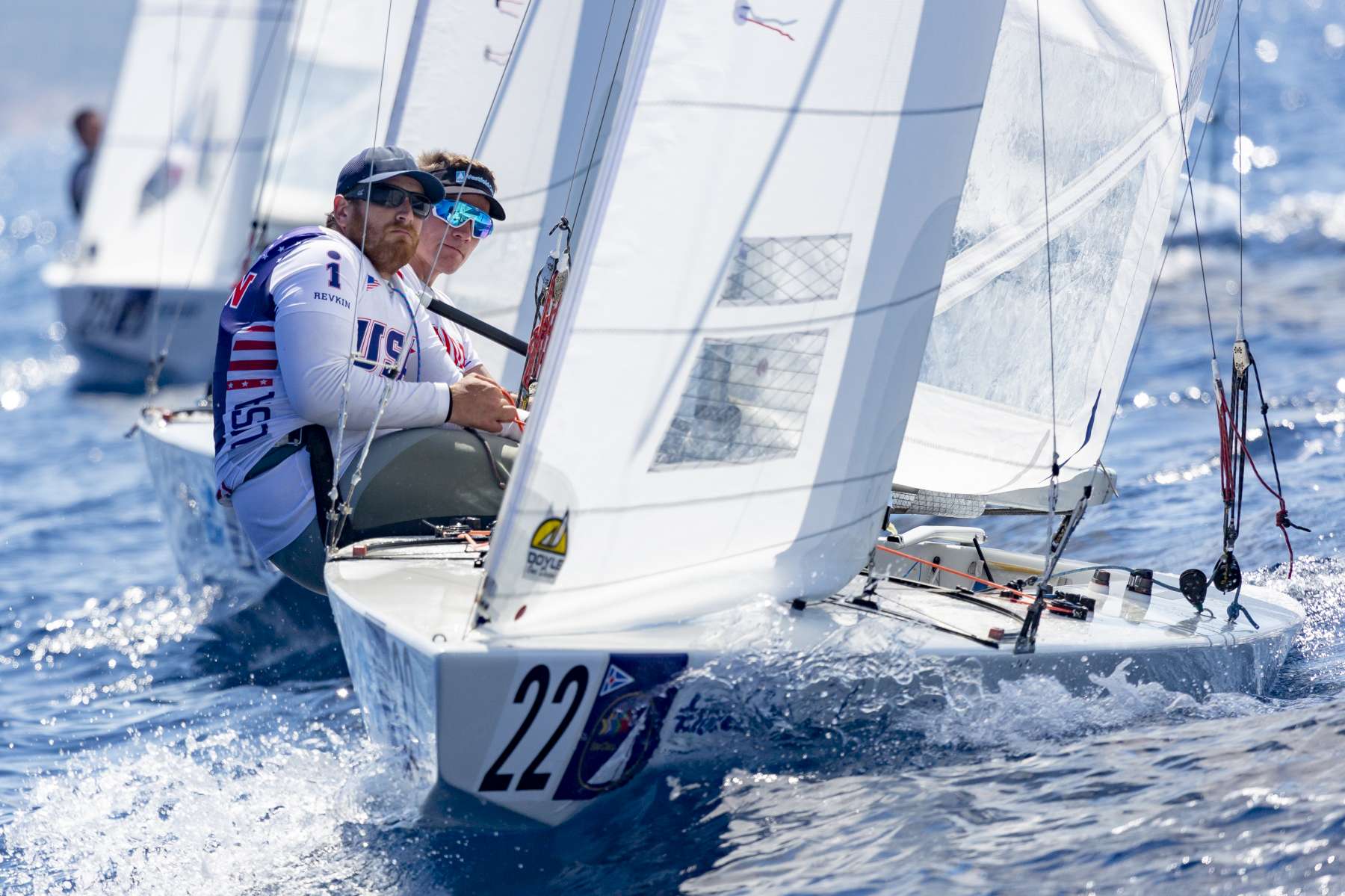 Porto Cervo, June 19th, 2019. Today was the third day of racing at the Star Class World Championship organized by the YCCS in collaboration with the International Star Class Yacht Racing Association (ISCYRA) and the support of Main Partner Audi and Technical Partners Quantum Sails and Garmin Marine. The games are still open with the world class sailor Augie Diaz now in the lead followed by Eivind Melleby and Mateusz Kusznierewicz.

Again today the breeze took its time to kick in and the Race Committee kept the AP flag hoisted until 1 PM. An hour later, after a general recall, the Star sailors got the event's third race underway. Breeze from the southeast was at 6 to 7 knots at first and in the end built gradually to 10 knots.

Skipper Eivind Melleby, winner of the 2017 Star Class World Championship, and his crew Joshua Revkin worked their way up through the fleet and finished in first place. This win brings them from fifth place in the provisional overall results to second. Second place today was won by Christian Paucksch with Melanie Bentele - one of just two women racing in the Championship- who have been a team to watch all through the event. The Italian Roberto Benamati, Star Class World Champion in 1991, who is sailing with Alberto Ambrosini, placed third today.

Augie Diaz and Henry Boening staged an excellent recovery and finished fourth today and thanks to this result they are currently in the lead overall, trailed by the Norwegian Eivind Melleby. Mateusz Kusznierewicz and Bruno Prada are currently in third place overall after placing eleventh today. Paul Cayard is inching up on the podium: after having finished the day in ninth place overall yesterday, he's in fourth place overall today. So the games are still open with three races left on the calendar.

The Norwegian Eivind Melleby had these words: "It was a good race with pretty stable breeze and small shifts that were hard to play but it was for everyone. Downwind we had really good speed and I think that's how we won the race. We expect to have pretty much the same conditions in the next couple of days then a bit windier on Saturday, so we're half way through the Championship and we will give it our all."

The German Christian Paucksch commented on his performance: "We had a good start on the far left near the pin and then we got every shift right up until the mark. We also had a good tactic for the first downwind run. We tried to control the fleet on the second beat and we managed to do it quite well, then on the last run the fleet split a little and we stayed with the ones going towards the shore. Eivind Melleby passed us just at the end which is too bad, but if I think that when my girlfriend and I started sailing the Star Championship together we said that we should always try to leave a boat behind. We should be very proud of ourselves today as we left quite a few behind."

Tomorrow, June 20th, the forecast calls for light and shifty breeze. The first Warning Signal is scheduled for 12 noon.