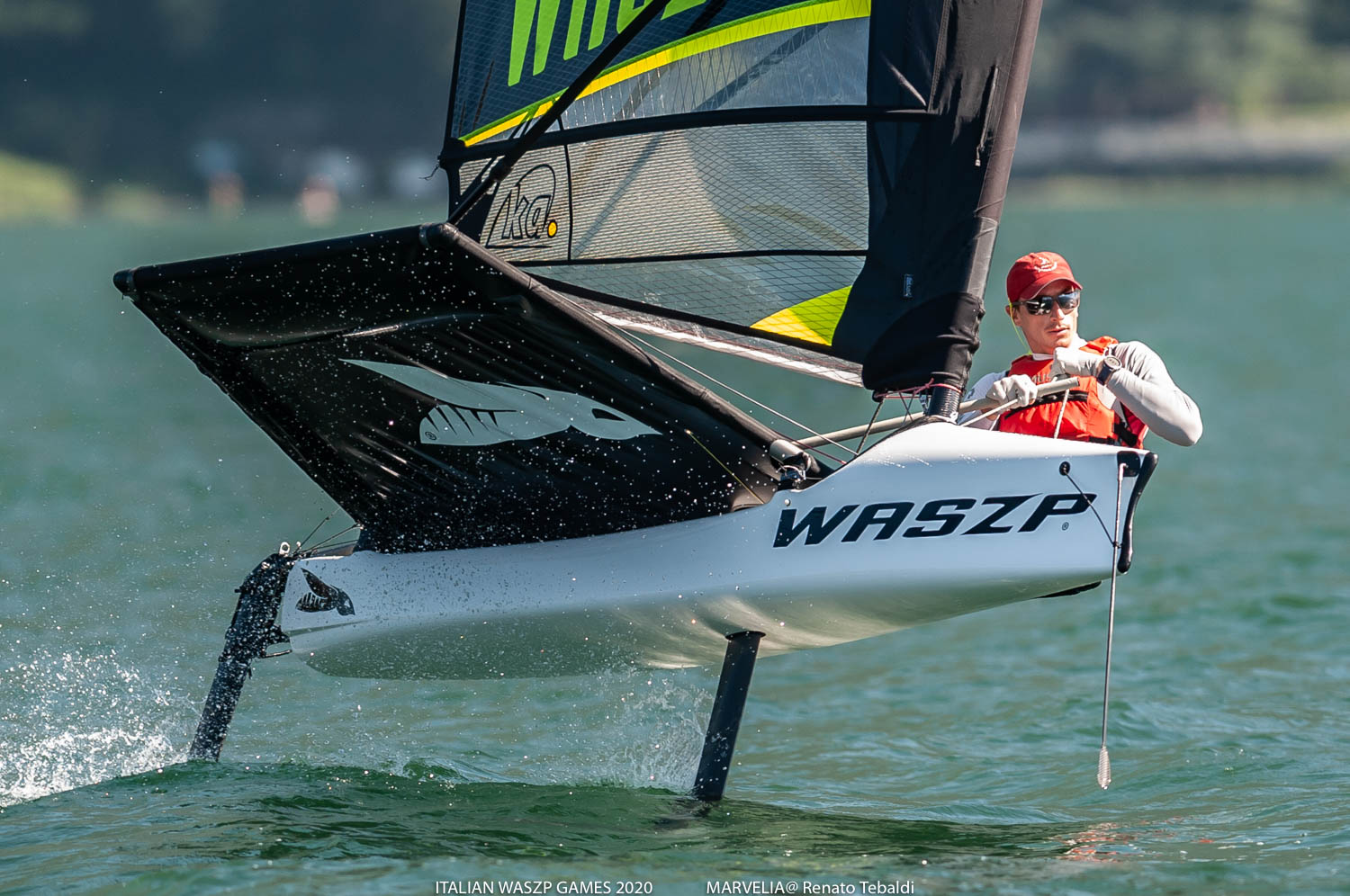 Porto Cervo, 7 September 2020. Members Mauro Roversi on J/Curve and Ettore Botticini aboard a WASZP both claimed first place finishes in regattas held at the weekend.

Ettore, skipper of Young Azzurra, commented on his first race in the Waszp class:
"I am satisfied with the result, I wasn’t certain I would be among the fastest in the fleet. The long training period on Lake Garda and the practice with the Young Azzurra team on the 69F was very useful to me, giving me the confidence needed to race in a focussed manner at high speeds."

The YCCS congratulates its members on the results achieved.