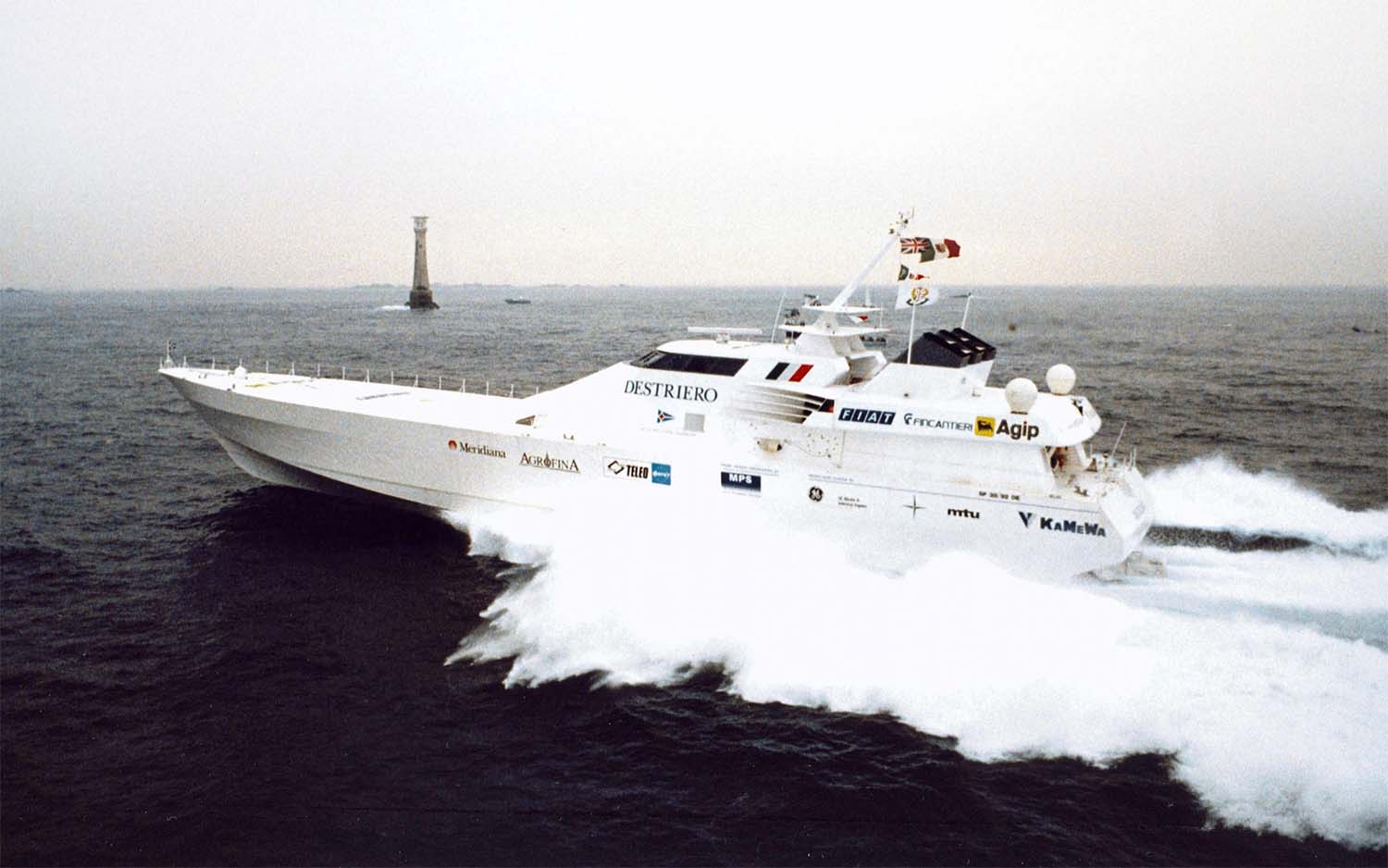 The 9th of August is a historic date for the Italian shipbuilding industry, marking 30 years of a record that still stands undefeated, set by the ship Destriero. Since 1992 the "Blue Riband" for the Atlantic crossing has belonged to all those who participated in the design and construction of the ship and the realisation of the challenge.

On 6 August 1992, Destriero, a fantastic example of Italian naval technology, left behind the Ambrose Light in New York, the skyscrapers of Manhattan and the Verrazzano bridge to embark on the record-breaking attempt.

At dawn on 9 August 1992, at 6.14 a.m. and 50 seconds, staff manning the Bishop Rock lighthouse in the Scilly isles off England, still shrouded in fog, were surprised to hear the voice of Cesare Fiorio over the radio: “Good Morning, this is the commander of the ship Destriero, we left from New York, please register the date and time of our passage." "Good morning Destriero, we were not expecting you so soon..." was the operator’s reply.

Destriero, flying the Yacht Club Costa Smeralda burgee, had covered 3,106 miles in 58 hours, 34 minutes and 50 seconds, at an average speed of 53.09 knots, or 98.323 km/h, taking 21 hours less than the English catamaran Hoverspeed, holder of the previous record.

Waiting for the crew on their arrival was H.H. the Aga Khan, President of the Yacht Club Costa Smeralda and the main supporter of the project. In addition to the Blue Riband, Destriero was also awarded the New York Yacht Club's Columbus Atlantic Trophy and the Virgin Atlantic Challenge Trophy, created by Richard Branson.

The full article is available in the YCCS Digital Magazine, click here to read it.