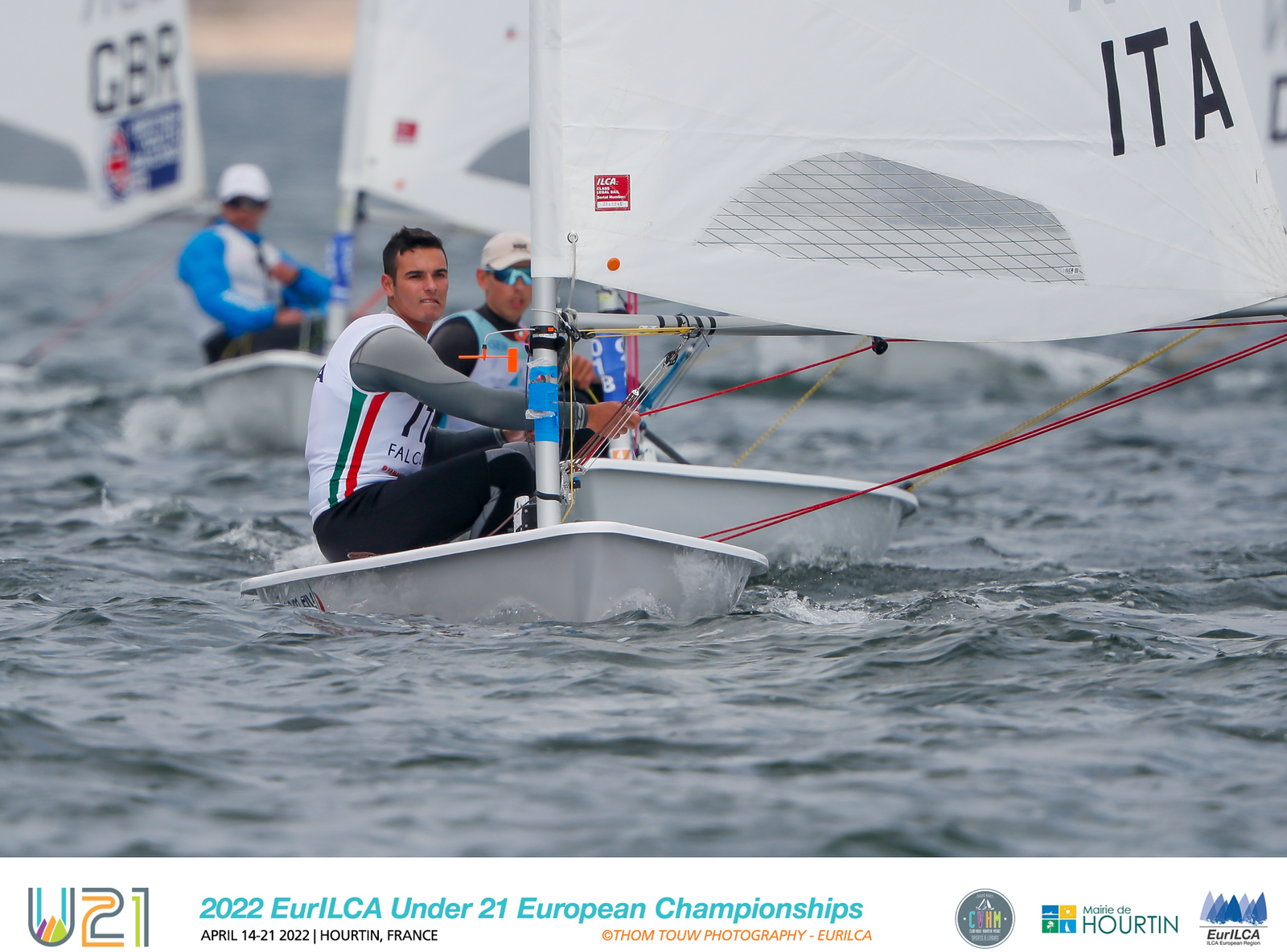 Porto Cervo, 21 April 2022. The European Championship - ILCA 7 Under 21 (the dinghy formerly known as the Laser) concluded today with a second place finish for Cesare Barabino. The athlete, who has been included in the YCCS' Young Azzurra project, took silver behind Paul Hameeteman of the Netherlands.

Barabino placed consistently well in the six qualifying races held over the first three days, allowing him to secure a place in the Gold Fleet.

He progressed to face the final five races with a strategic vision and, with one win and a second place finish, claimed second place overall in the European U21 ILCA 7 Championship.

“It was a very difficult regatta, especially the qualifying days which were characterised by light and unstable breezes. The first two days of the finals were different, we raced with winds of 14 to 16 knots, I managed to win a race and score a second place and two other good placings in the top 15. Today, the final day of the event, it was only possible to hold one race, which I set out to sail tactically, controlling my direct opponents in the standings - the French and the Dutch guys who had a bigger discard than me. I am very happy with how I managed the week of racing, now the preparation starts for the World Championship taking place in Mexico in less than a month.” commented Cesare Barabino at the conclusion of the ILCA 7 U21 European Championship.

The next appointment for Cesare Barabino will be the ILCA 7 World Championship in Mexico (Nuevo Vallarta, Riviera Nayarit) from 21 to 28 May 2022.