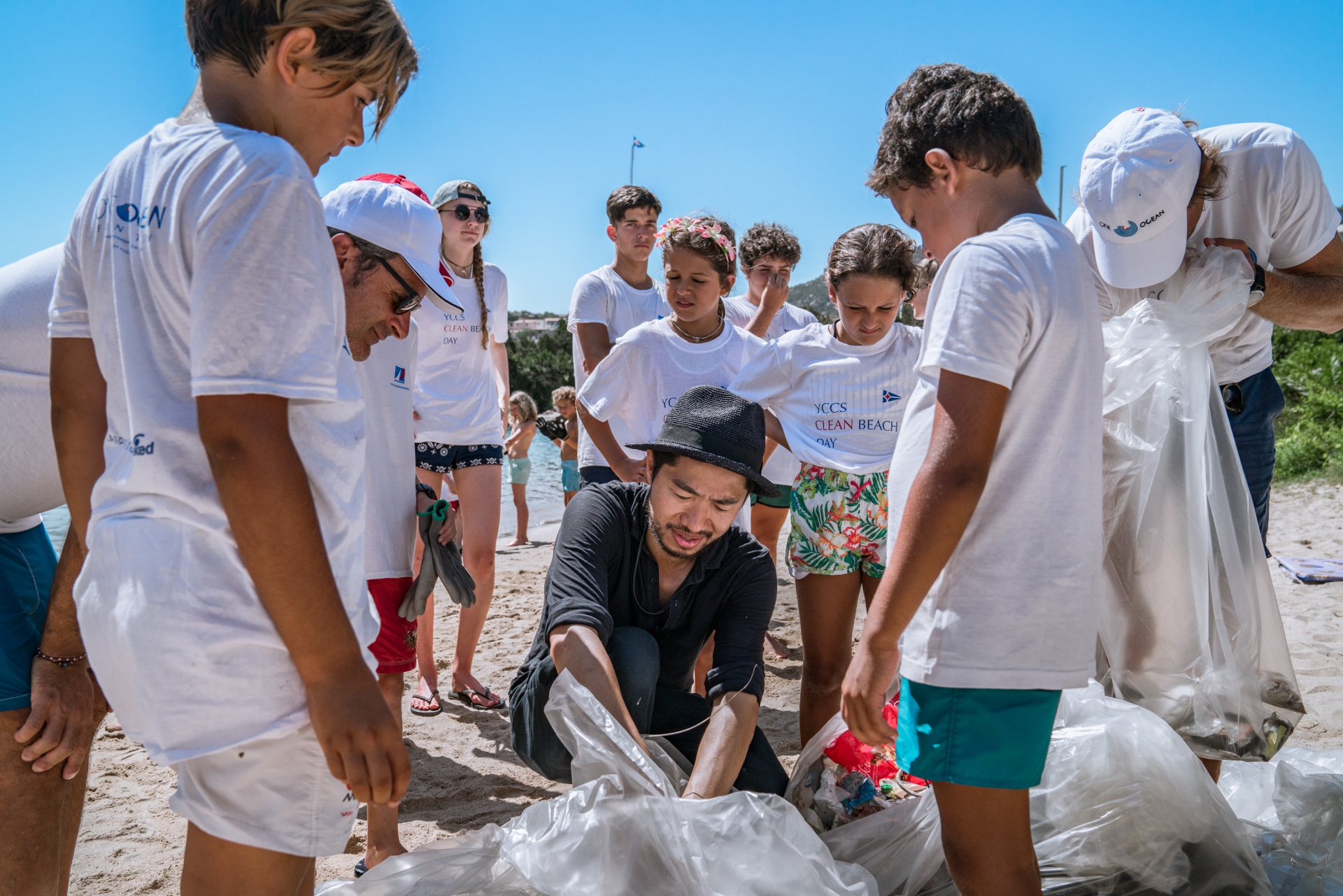 Porto Cervo, August 10, 2019. This morning saw the second Clean Beach Day organized by the Yacht Club Costa Smeralda together with the One Ocean Foundation. Star participants were the kids enrolled in the YCCS Sailing School.

At 10:00 AM the kids from the YCCS Sailing School, together with other participants, all gathered at the Spiaggia del Giglio (Porto Cervo). Jan Pachner, YCCS Secretary General, started the day by speaking with the participants about the importance of preserving the marine environment and on how much difference even the smallest daily gesture can make towards saving our oceans.

With an increase of a tenth of a degree, the year 2018 showed the highest average temperatures overall since we began to regularly monitor the oceans' temperature. This brings the risk of the oceans' level rising up to three millimetres.

On top of having an impact on humans, the world's oceans also have an economic impact. The value of the blue economy is estimated to be between 2,5 and 3 trillion USD, equal to 4%-5% of the GNP of the entire planet.

With this in mind, the Asian startup MINIWIZ has decided to take advantage of the opportunities offered by the blue economy to create a mobile recycling lab where plastics trash can be transformed into new objects. After their clean up day the youths enrolled in the YCCS Sailing School went to the MINIWIZ pop up store at the Promenade du Port to recycle the plastic that they had gathered and give it "new life" thanks to the mobile lab.