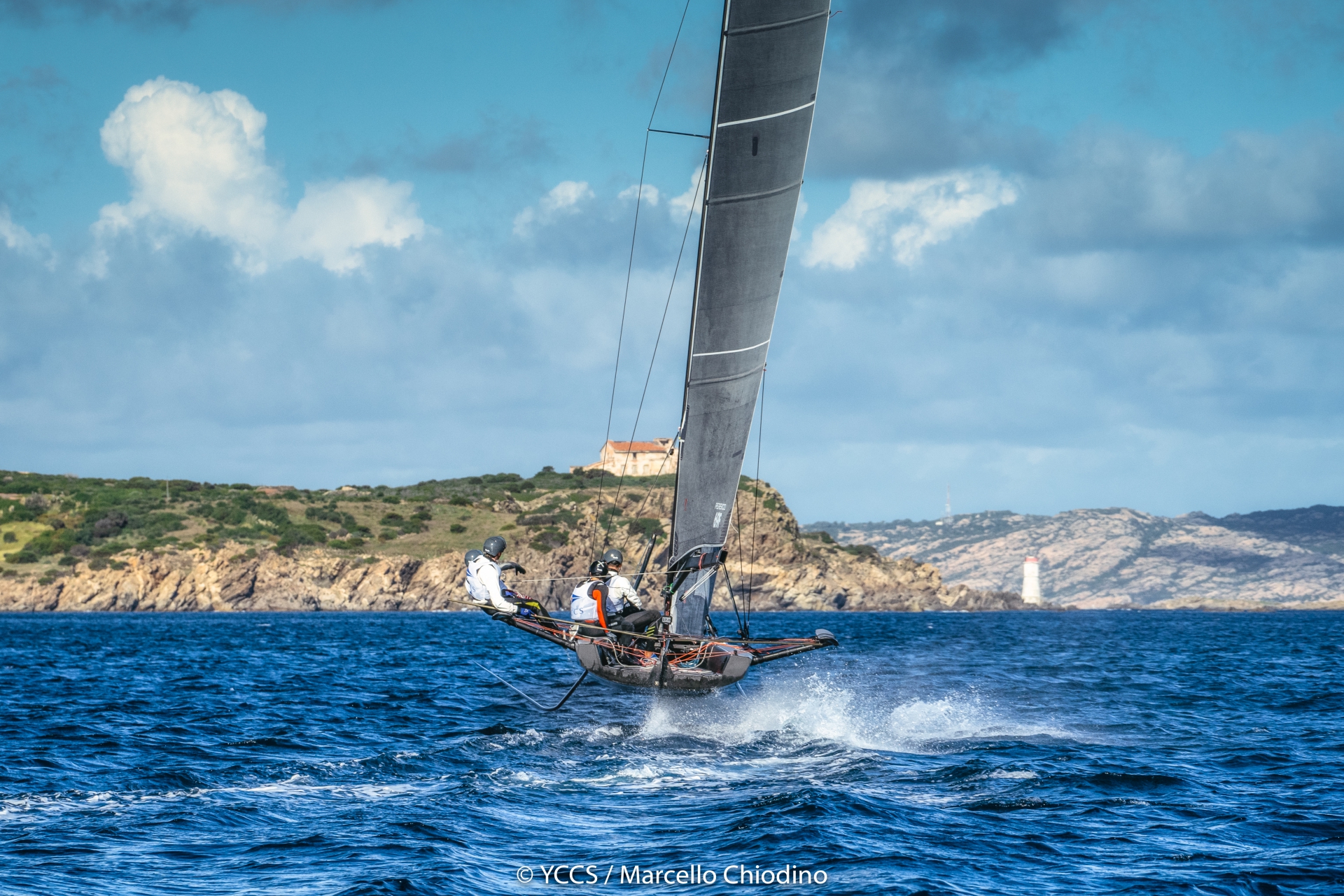 Porto Cervo, 30 October 2020. Young Azzurra, the Under-25 foiling team representing the Yacht Club Costa Smeralda, sailed for the first time in their home waters this week. At the end of the training session, Francesca Bergamo and Erica Ratti were officially confirmed as crew members.

After a win and two second places sailing in the Persico 69F Cup on fresh water in Lago di Garda, Young Azzurra sailed on the sea for the first time becoming the first foiling boat to have "flown" on their home waters off Porto Cervo.

The six-day training session, coordinated by coach Enrico Zennaro and based at the YCCS Sports Centre, proved useful and in part took place together with Dutch Team Orange, another team formed to compete in the Youth America's Cup challenge. That event was subsequently suspended in light of entry restrictions for New Zealand due to the pandemic.

Young Azzurra's training week had been scheduled to address several objectives: from foiling at sea, where the waves have a significant impact, to further observations to define the crew members of Young Azzurra in view of the team's 2021 engagements in the Persico 69F Cup and other international initiatives to be defined.

“We are pleased to have sailed in Porto Cervo" coach Enrico Zennaro emphasised, "the weather came to our aid with exceptional conditions, making this a very productive session. I must commend the crew’s attitude, they are demonstrating exceptional commitment and dedication.”

At the conclusion of the training sessions, Francesca Bergamo and Erica Ratti were officially confirmed as team members, joining skipper Ettore Botticini and flight controller Federico Colaninno. The two girls, who had already raced successfully with the crew during previous legs of the Persico 69F Cup, will alternate on board in the role of mainsail trimmer.