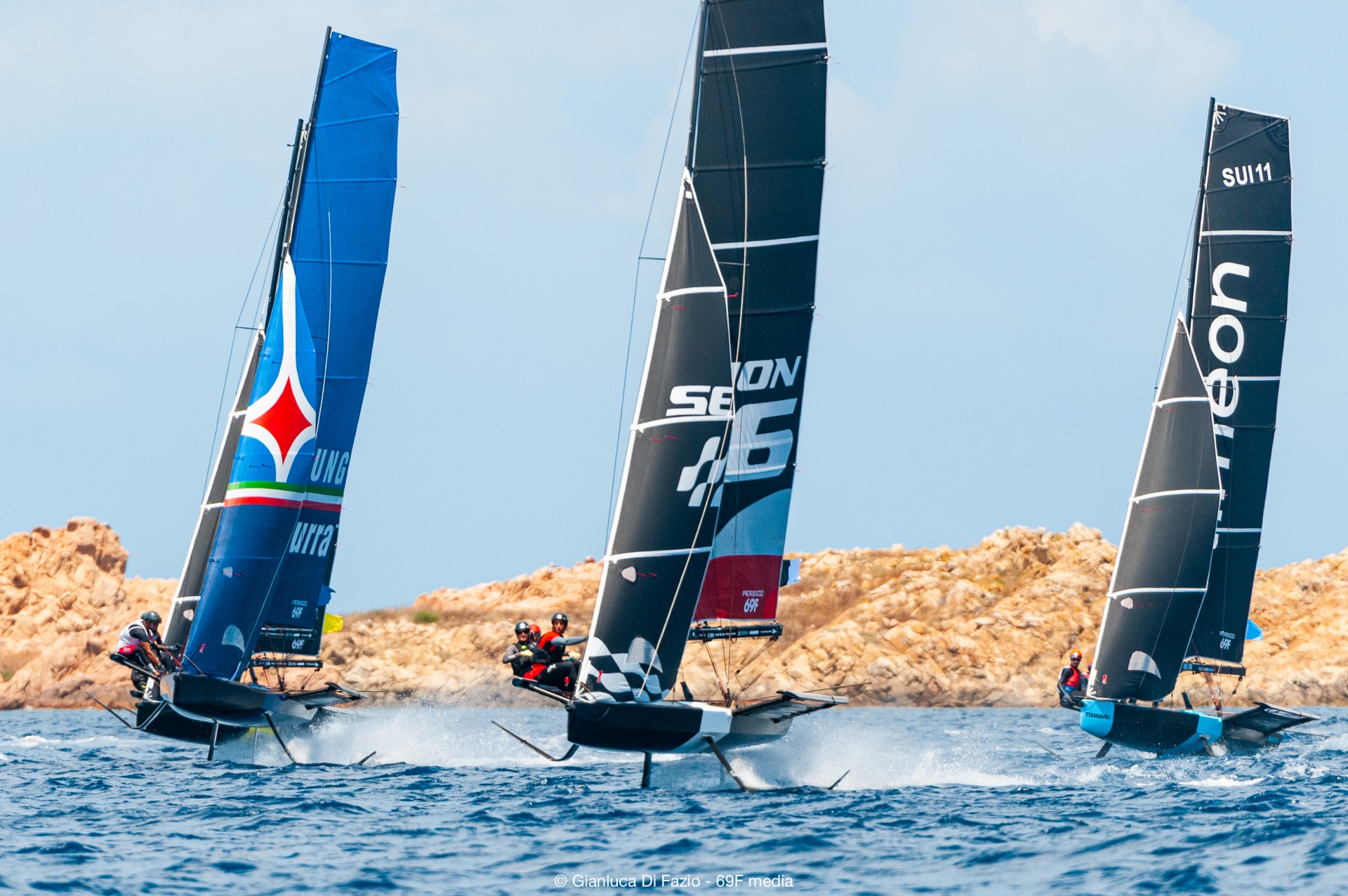 Porto Cervo, 16 July 2021. With just one day left until the conclusion of the Grand Prix 2.2 of the 69F Cup circuit, Young Azzurra heads the provisional classification followed by Groupe My Ambition and the Swiss team on Sailing Performance. The event, organised by the Yacht Club Costa Smeralda and the 69F Team, closes tomorrow, Saturday 17 July.

The forecast for a slightly lighter mistral wind proved correct and this morning the 9 teams participating in the event met on the race course in front of Romazzino Beach at 11 a.m. At around 3 p.m. the course was repositioned downwind of the island of Soffi. Six races were completed over the course of approximately five hours on the water, bringing the total races run to eight.

Now sitting at the top of the provisional general classification is the home team, Young Azzurra, who racked up three wins in the six races along with a second, a third and a fourth place, and also registered the top speed of the day. It was a positive day too for Groupe My Ambition, whose performance improved throughout the day and, after a sixth place, a second and two fifths, scored two wins in the last two races - leaving them holding firmly onto second place in the provisional overall classification. Swiss Sailing Performance team, currently sitting in third place overall, had somewhat more of an up and down day, with two seconds, two fourths and two sixth places.