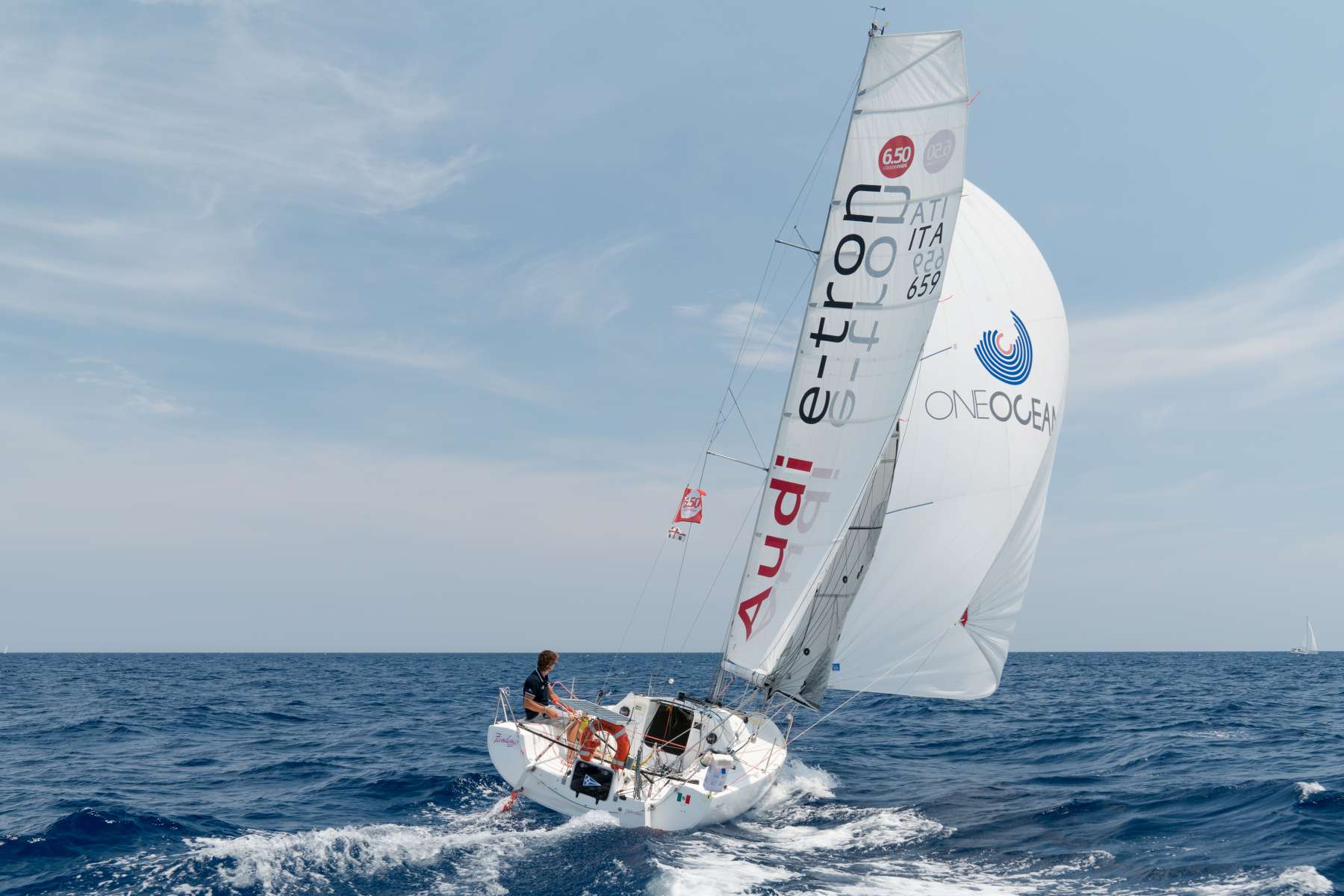 Porto Cervo, 16 September 2019. The 22nd edition of the Mini-Transat, a solo ocean race on board Mini 6.50 class boats, is due to start in a week’s time and will see YCCS sporting member Daniele Nanni take part on his Audi e-tron Ita 659.  Daniele will race as a representative of the One Ocean Foundation (OOF) and is supported by Audi, which has backed the foundation’s various projects to raise environmental awareness since its creation.

The Mini-Transat, held for the first time in 1977, covers a course of 4,050 miles divided into two stages. The first stage sees the Mini sailors departing from La Rochelle for Las Palmas (Canary Islands), along a route of 1,350 miles. Another 2,700 miles await in the second, longer leg from Las Palmas to Le Marin, in Martinique, with the navigation expected to take a total of 30-35 days. The fleet is divided into two divisions for scoring: the "Prototype", Mini 6.50s built with more advanced and experimental technologies and materials, and the "Production" category which Daniele Nanni will race in - still the same class but built with similar characteristics and less experimental techniques. Victory will go to the boat with the best time obtained from the sum of the two stages.

To be admitted to participate, Daniele had to meet a series of qualifying criteria, including 1,500 miles of solo sailing and 1,000 miles of racing. The official communication confirming his participation in the Mini-Transat 2019 arrived from the Mini 6.50 class a few weeks ago.

On 22 September Daniele will start a tough solo race with a reputation for putting participants to the test. During the crossing the use of electronic cartography and GPS satellite instrumentation is not allowed; information on the weather conditions and the classification will be conveyed to competitors by the organisers via radio. Managing sleep will also be a fundamental factor, normally in these types of races you sleep no more than twenty minutes at a time, entrusting the helm to the autopilot to keep the boat on course.

The last two months have been intense ones and in the last regatta, the Transgascogne, Daniele was able to complete the tuning of the boat and test the new sails provided by the technical partner of YCCS, Quantum Sails.

"I'm really excited to be able to participate in the Mini-Transat 2019. It has been a long and laborious journey, in which I learned about the boat and myself - including my limits - awareness of which is fundamental to create an ad hoc preparation schedule. I managed to complete the qualification journey in just over a year and a half, a relatively narrow window because "newbies" usually prepare for the Mini-Transat over the three to four years beforehand. I'm proud to race under the YCCS burgee and to be a spokesman for the principles of protection of the sea supported by the One Ocean Foundation. I'll try my best!" commented Nanni as he completed the final preparations before the start.

The YCCS and the One Ocean Foundation support the personal and sporting challenge that Daniele Nanni is taking on together with Audi, institutional partner of the YCCS for over 10 years and linked to the club by a common philosophy in which excellence, environmental awareness and innovation give rise to joint initiatives.