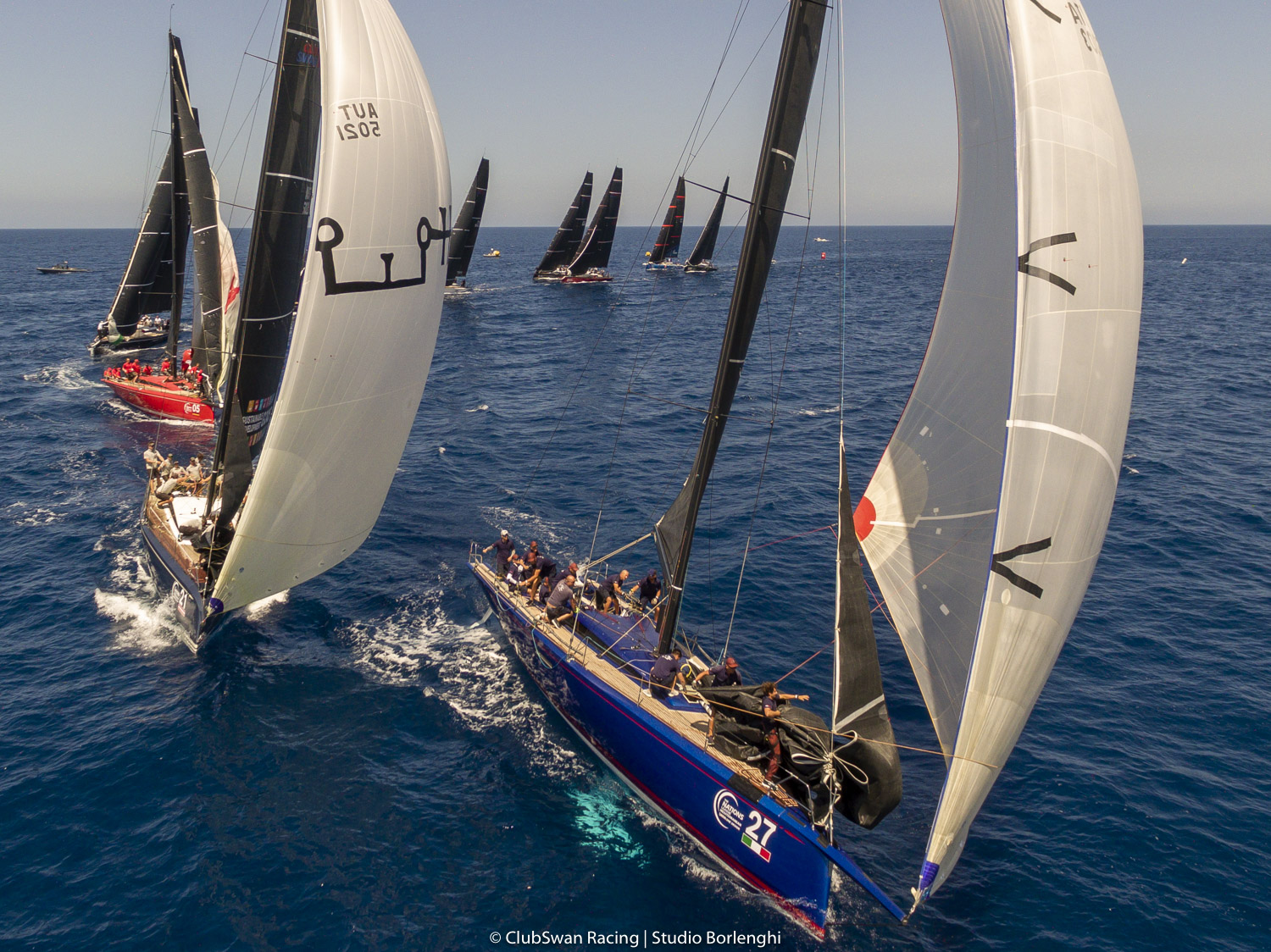 Porto Cervo, June 22, 2021. Beginning with a Practice Race, the Skipper’s Briefing and the traditional Welcome Cocktail, today was the first day of the first edition of the Swan Sardinia Challenge, organized by Yacht Club Costa Smeralda with Nautor’s Swan and ClubSwan Racing.

The event has been organised respecting the Italian government’s anti-Covid-19 regulations together with those drawn up by Sardinian Region and the Italian Sailing Federation under whose auspices the regatta is being run.

The Swan Sardinia Challenge is the second event in a circuit reserved for Nautor’s Swan One Design Classes. The shipyard is owned by Leonardo Ferragamo and the circuit is part of The Nations League. Points earned here count towards The Nations Trophy, a bi-annual Trophy that Nautor has created to honour a sailing tradition that awards national teams. Here in Porto Cervo there are 12 different nations and a total of 34 yachts racing in four different One Design Classes: Swan 45, ClubSwan 42, ClubSwan 50 and ClubSwan 36. Starting tomorrow June 23rd, racing will be in real time on windward/leeward courses with starts staggered according to Class.

The Owner/driver rule applies to each Class and here at the Swan Sardinia Challenge there are many passionate yachtsmen including Leonardo Ferragamo, helming his ClubSwan 50 Cuordileone and Michael Illbruck, Commodore of the YCCS, on his ClubSwan 36 Minna. These two illustrious Owner/drivers are backed up by the tacticians Manuel Weiller and John Kostecki respectively. Other top professional sailors present include Francesco Bruni, Vasco Vascotto and navigator Francesco Mongelli, all of whom were part of the Luna Rossa team at the latest America’s Cup. Other sailing legends competing include Olympic medallist Jochen Schuemann, the Star Class sailor Diego Negri, and other pro sailors such as Ross Halcrow, Alberto Bolzan, Michele Paoletti and Gabriele Benussi to mention just a few.

Women are also a strong presence, both as owners and as crew. The ClubSwan 36 Skorpidi will have a multinational, all-female crew with Greek Olympic medallist Sofia Bekatorou (gold in Athens and bronze at Qingdao) as tactician sailing with the Netherland’s Annemieke Bes (silver at Qingdao), Finland’s Mikaela Wulff (Elliott 6m bronze in London), the Swiss Ocean Race veteran Elodie Mettraux and the Italian Laser 4.7 champion Cecilia Zorzi.