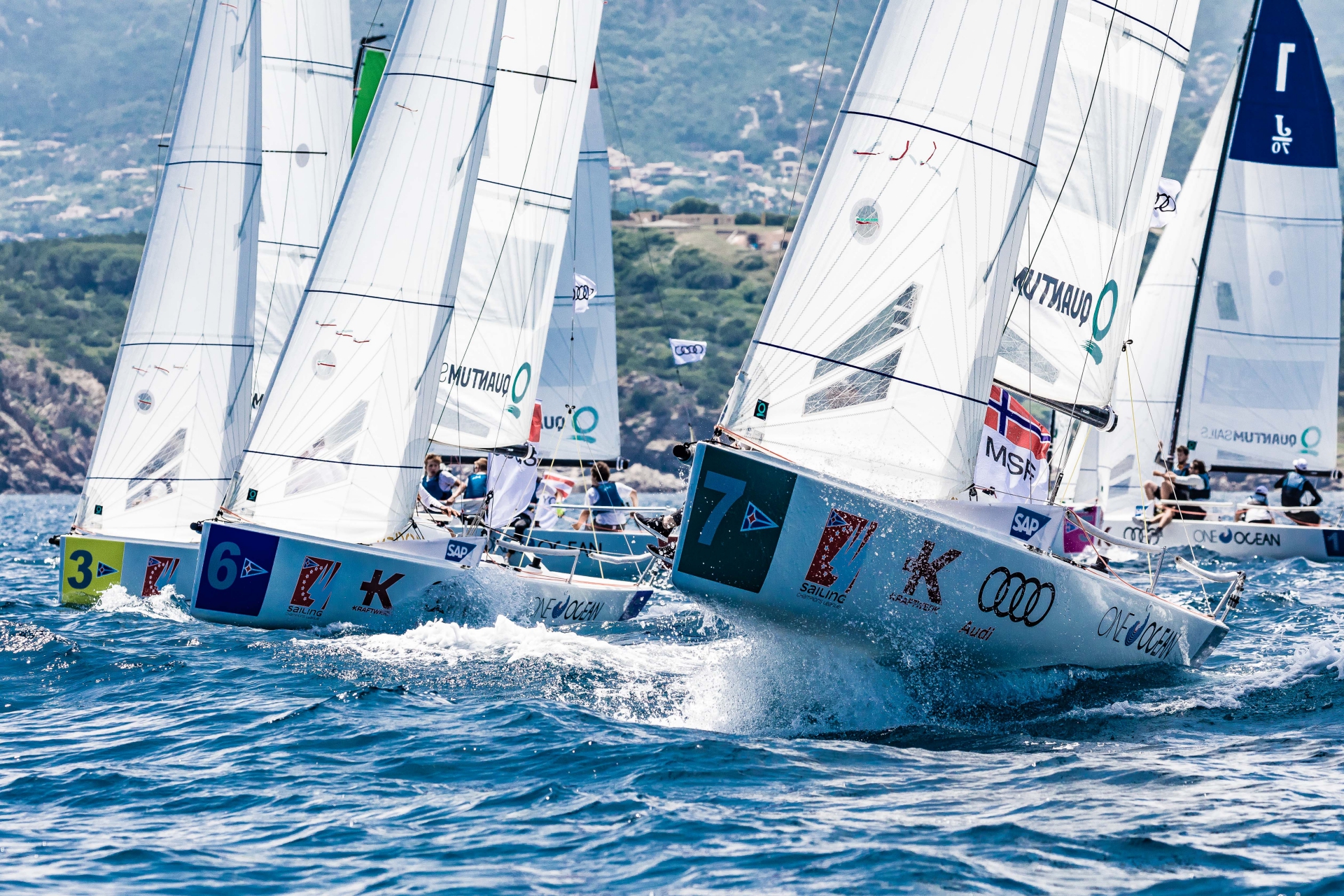 Porto Cervo, Italy. 22 May 2019. The One Ocean SAILING Champions League gets underway tomorrow, 23 May, in Porto Cervo. The international event organised by the Yacht Club Costa Smeralda with the support of main partner Audi sees the participation of 24 teams representing 16 nations. The only Italian leg of the semi-finals will be followed by the qualification leg in Saint Petersburg from 4 to 7 July before the final takes place in Saint Moritz from 15 to 18 August.

The second qualifier of the SAILING Champions League, running until 26 May, will feature teams representing top European yacht clubs competing in short, hard-fought fleet races. The innovative formula for the event, introduced in 2013 in Germany and inspired by the format of football tournaments, allows for 15 flights for a total of 45 races - so that each of the teams competes with each of the others, alternating on the YCCS fleet of J/70 boats.

Among the teams present in Porto Cervo is the title-holder from 2018, the Circolo Vela Bari, led by Simone Ferrarese, who commented: "We are looking forward to racing in Porto Cervo again and competing with the best teams in Europe. We're going to try and have fun like we did in 2018! Of course we want to do our best, we'll see how it ends."

During race days, participants will be made aware of environmental issues and issues related to marine pollution. Events are scheduled with the aim of promoting the mission of the One Ocean Foundation and the principles of the Charta Smeralda: the code of good practice published at the conclusion of the One Ocean Forum in 2017, which the presidents of the participating Clubs have been invited to sign.

YCCS Commodore Riccardo Bonadeo declared: "I would like to wish fair winds to all the teams that have come to Porto Cervo from all over Europe to compete in the name of their Club. We are pleased to host events such as the SAILING Champions League, where the atmosphere is genuinely sporting, and to be able to share with the SCL organisation our commitment to promoting the principles of the Charta Smeralda through awareness of marine pollution."