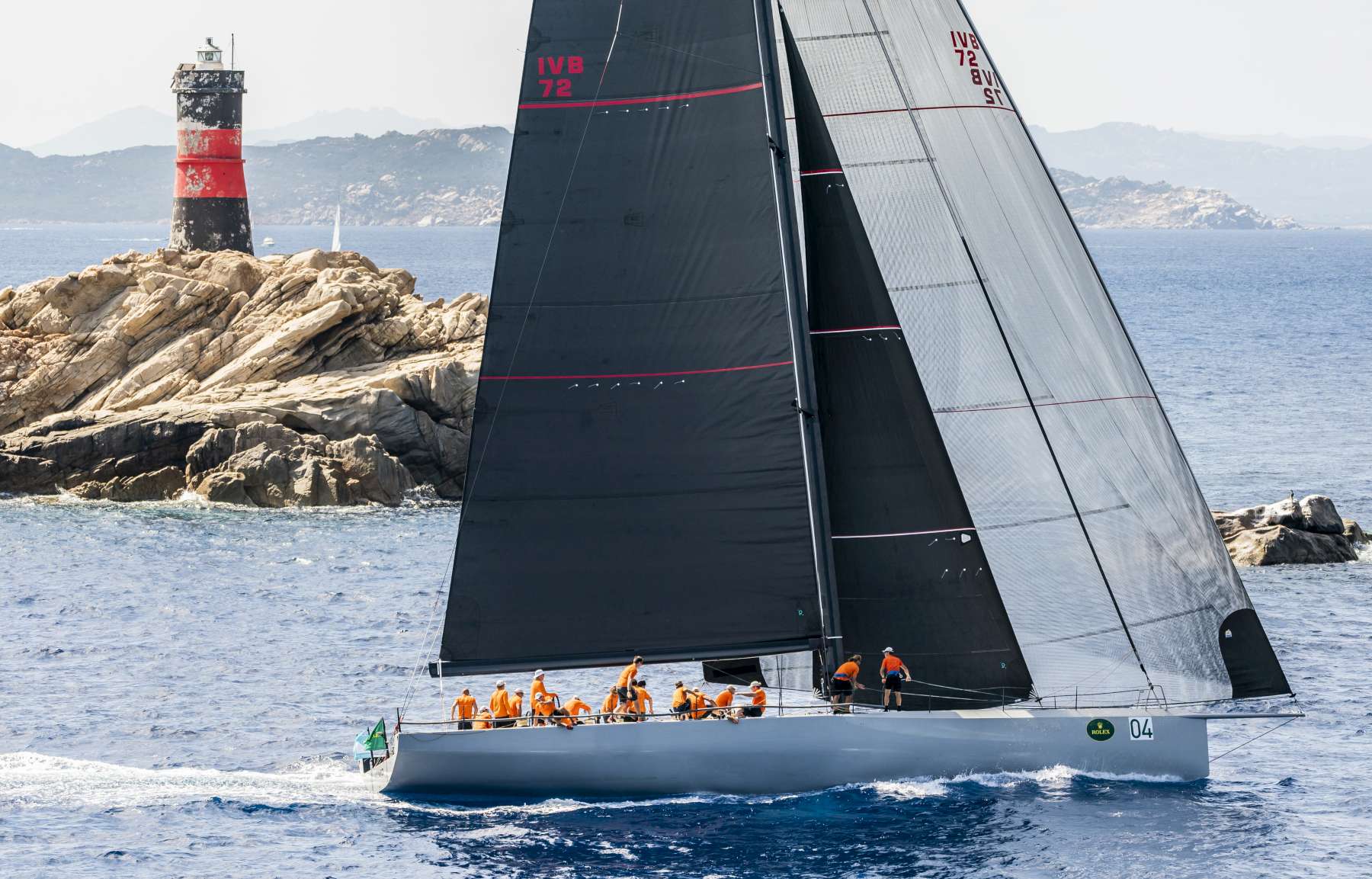 Winners of the day were Cannonball, Topaz, Rambler, Lyra, Spectre and H2O

Porto Cervo, Italy. 7 September 2018. On the penultimate day of racing a mistral wind blowing at up to 20 knots provided fantastic racing for the entire fleet of more than 40 boats enrolled in the Maxi Yacht Rolex Cup & Rolex Maxi 72 World Championship. The event is organised by the YCCS in association with IMA and title sponsor Rolex. Two windward-leeward races were set for the Maxi 72 Class with a 35-mile coastal race for the other classes, reduced to 30 miles for the Mini Maxis.

The Maxi 72 Momo, owned by YCCS Member Dieter Schoen, have claimed their second championship title with a day in hand and are followed by Cannonball, who are also mathematically assured second place. "From the outside it looks easy," commented Momo's tactician Markus Weiser, "but it isn't. We did a lot of work to make sure that everything worked, we have a very strong afterguard with the support of Michele Ivaldi as navigator, we have Jordi Calafat handling the sail development. Recently we have invested a lot of resources and I can say that we have an excellent boat, a nice crew and a fantastic owner. Momo will conclude its sporting programme definitively with the Rolex Middle Sea Race."

The Mini Maxi group also sees its winners crowned a day early: Roberto Lacorte's Supernikka, with Lorenzo Bressani on tactics, wins in group 1 while in group 2 victory goes to H2O, owned by Riccardo De Michele and with Lorenzo Bodini on tactics. Both were also winners in their groups last year and both of the tacticians hail from Trieste, as does Vasco Vascotto, calling tactics on Cannonball, winner of today's second windward-leeward race. "Mathematically they have won and we are second, but tomorrow will still be a chance to see where we can improve to get to their level."

Roberto Lacorte, Supernikka: "We're really happy! This third victory in the Maxi Yacht Rolex Cup has come a day early and it is thanks to the great work that we've done on the boat and with the crew. We managed to stay ahead the whole time, both in light and heavy airs and in the coastal races as well as the more technical windward-leewards. It's a well-deserved victory for Supernikka and her crew, but I'd like to sincerely congratulate the YCCS for their impressive organisation, it's not easy to constantly maintain such a high level as I have seen in all four of the editions that I have taken part in."

Riccardo De Michele, H2O: "We came to Porto Cervo with high hopes and I have to say this result confirms them. The boat has been improved in a series of ways, starting with the sails, thanks to which we were able to pull away from our adversaries, even the ones that put us to the test last year. We will definitely be back next year and I wouldn't mind racing in one single group with the faster competitors."

In the Super Maxi class the J-Class yacht Topaz widens the gap slightly ahead of Velsheda and Svea, but all will be decided in tomorrow's final coastal race. In the Wally class Lyra took a fourth consecutive win and failed to claim their own early victory only because the Wally Class is scheduled to sail two windward-leeward races tomorrow. Hamish Pepper, tactician on Lyra: "We've had a good week so far. The team is doing all the manoeuvres and getting the boat around the course really well and our owner is very happy on his sailing debut. Porto Cervo is one of my favourite places to sail. It's so beautiful: the water, the winds, the islands, the courses. It's challenging but fun for a tactician."