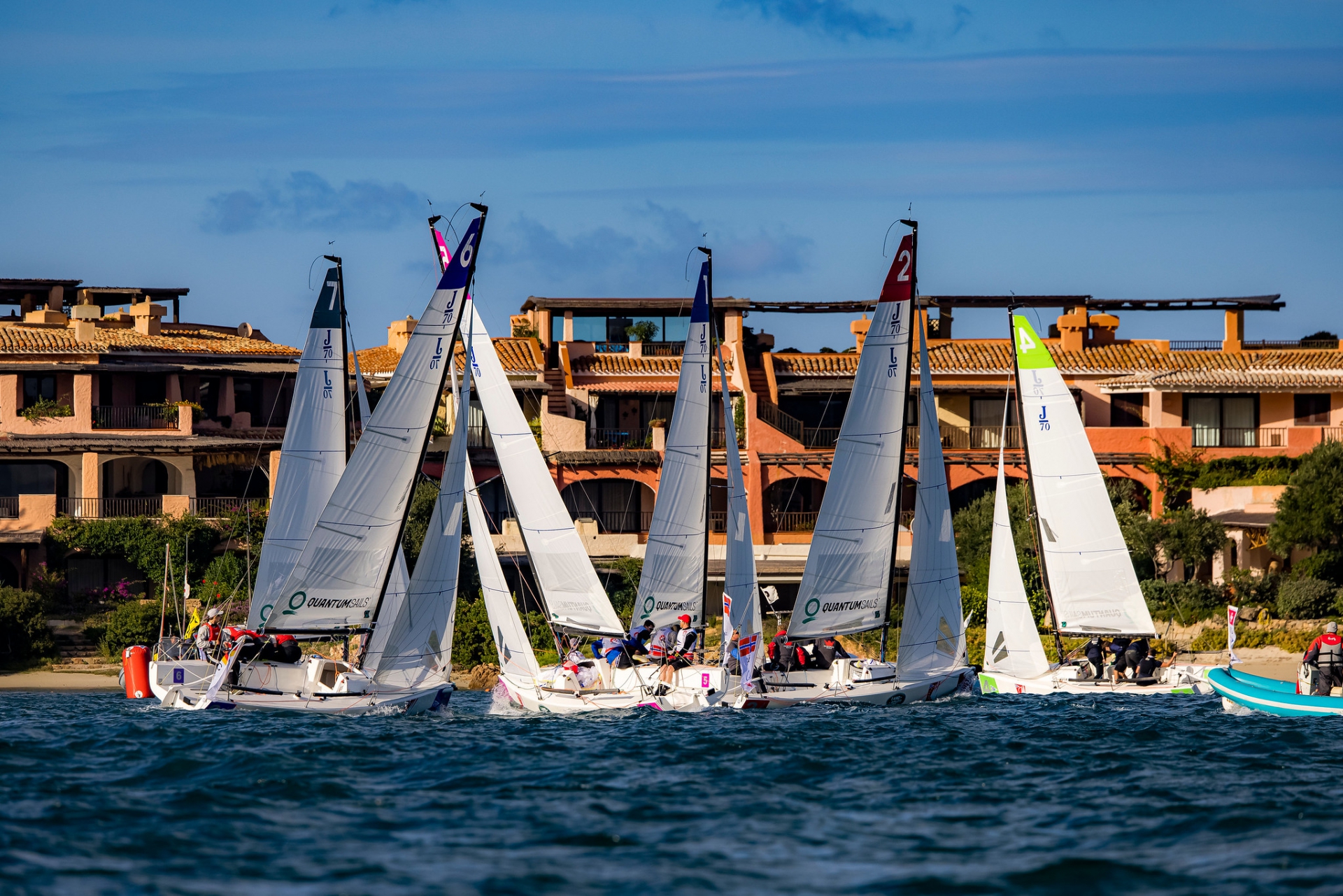 Once again this morning, wind and sea conditions would not allow racing to take place in safety outside the port, with winds reaching 35 knots even inside the marina. As the breeze settled somewhat at around noon, the 29 teams taking part in the event began racing on the regatta course set up within the natural bay of Porto Cervo. Two further flights were held - 8 races - which brought the number of flights completed in the event to 10, with a total of 40 races held over 3 days. At the conclusion of the qualifying rounds, the top four teams in the standings continued to the final, with four more races to be held.

Thanks to their consistent results, Switzerland's Seglervereinigung Kreuzlingen and Finland's Esbo Segelförening finished first and second respectively, gaining access to the final with a comfortable delta over their rivals. Moving up the rankings to secure a place in the final were the Royal Danish Yacht Club and the Flensburger Segel-Club, which had finished in sixth place yesterday. The finals started at around 2.15 p.m. with a light breeze of 12 to 14 knots that required even more technical and tactical concentration from the teams. The winner of the SAILING Champions League Final was decided only in the very last of the four races, with different teams crossing the finish line in the lead, after fast and furious battles to the very end. In the first race of the finals, the fleet rounded the first downwind mark together, however on the second leg the Germans of the Flensburger Segel-Club dictated the pace and, reading the course well, crossed the finish line in first place. A very young Finnish team from Esbo Segelförening led from the start in the second race, as did the Royal Danish Yacht Club in the third. Coming into the final race of the event, all four teams had the potential to win and everything to play for. A head to head on the first windward leg between the Finns and the Danes saw Esbo Segelförening just clinch the win in race four to claim overall victory in the SAILING Champions League Final.

The Swiss crew from Seglervereinigung Kreuzlingen came second in the overall classification, followed by the Germans from Flensburger Segel-Club and the team representing the Royal Danish Yacht Club in fourth. The two Italian teams representing the Aeronautica Militare and the YCCS team finished among the top ten clubs.