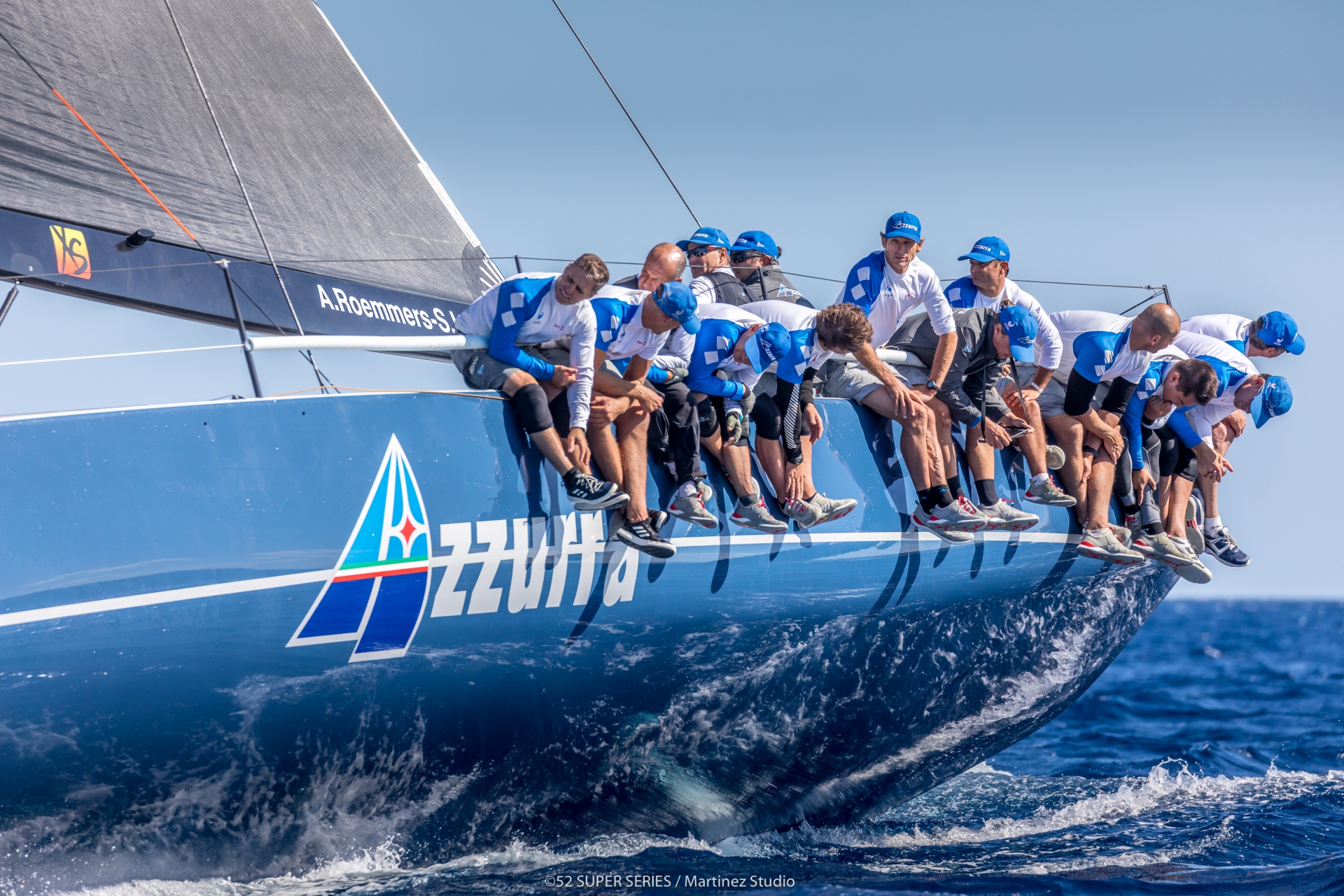 Chapter closes for the TP52 Azzurra after 10 highly successful seasons

Porto Cervo, 5 October 2020. After 10 successful seasons, the Roemmers family has decided to leave the TP52 Azzurra sporting programme. They leave behind an important legacy, with Azzurra currently reigning champion of the 52 Super Series and undefeated in the only regatta held in the 2020 season.

The adventure in the TP52 class spanned 10 seasons and was marked by numerous successes, the most recent of which was a March 2020 victory in the circuit leg in Cape Town, South Africa - the only event held this season due to the Covid-19 pandemic. However, all good things must come to an end, and so it is for the programme supported by the Roemmers family, which flew the YCCS burgee high in the top-level professional circuit for keel boats.

Over the course of those 10 seasons, the structure of the team built by Guillermo Parada remained practically unchanged, based on bonds of friendship and fraternity that translated into a perfect and winning synergy on board, which was also reflected in daily life ashore. The main changes on board related to the tacticians: Francesco Bruni, and later Vasco Vascotto, left for America's Cup campaigns with Luna Rossa, while multiple Olympic medal-winner Santiago Lange withdrew from the 2020 season to prepare for the Olympic Games in Tokyo. Prior to Covid-19 bringing all activities to a halt, new tactician Michele Paoletti guided Azzurra to her most recent victory in Cape Town.