Man is not the only being on the planet that has adopted the habit of following routes to survive. Tuna also have one which they have traced for centuries and centuries: from the Atlantic to the Strait of Gibraltar, to reach the warm waters of the Mediterranean and deposit their eggs, always following the same course.

Tuna has been a symbol of prosperity since prehistoric times: its meat rich in protein, essential fatty acids, potassium, selenium and vitamin B12 has been processed by man since time immemorial and nothing is thrown away. Garum, for example, is a sauce made of the eggs and innards preserved in salt dating back to the first century AD.

The Atlantic Bluefin tuna, Thunnus thynnus, is the most sought-after variety: a large fish with a steel-blue back and silvery-white belly that reaches up to 3 metres in length and 700 kg in weight. Their slender body and strong musculature allows them to swim rapidly over long distances.

Their natural habitat is the Atlantic, where they live in deep waters that they leave each spring, when it is time to reproduce and warmer temperatures are required. And so begins the outward journey, always identical, accompanied by the group: the Balearic Islands, Sardinia, Sicily and in some cases even straight on to Turkey. Then later the return from east to west.

The fertilised eggs give rise to rapidly growing fry: in a year they can reach 70 cm and weigh up to 5 kg. But only when they reach about a metre in length and weigh at least 15 kg can they be said to have reached sexual maturity. That is why it is important to give them time to grow, so as not to limit the population. Which is why tuna under 30 kilos cannot be fished in Europe.

In Sardinia we are used to seeing the tuna arrive between May and June, always in the same places: a constancy in the migration that has allowed us to install fixed trap fisheries, the "Tonnare", found in Carloforte, Portoscuso or Stintino, with entire communities developed around the processing of the high quality product and rich legends built around the ability of the men in charge of the capture, the "rais".

The ancient fishing technique involves corralling the shoals of fish into fixed nets that lead to a final room, the death chamber, where the killing takes place with harpoons. A bloody spectacle that still takes place in Carloforte at the beginning of summer and can be followed by boat if you have a strong stomach.

Perhaps better to concentrate on the more pleasant part, the Girotonno festival that is organised afterwards on the island of San Pietro: an international event with fabulous recipes based on tuna at the peak of its goodness, because the meat is not yet stressed from the tough return journey. 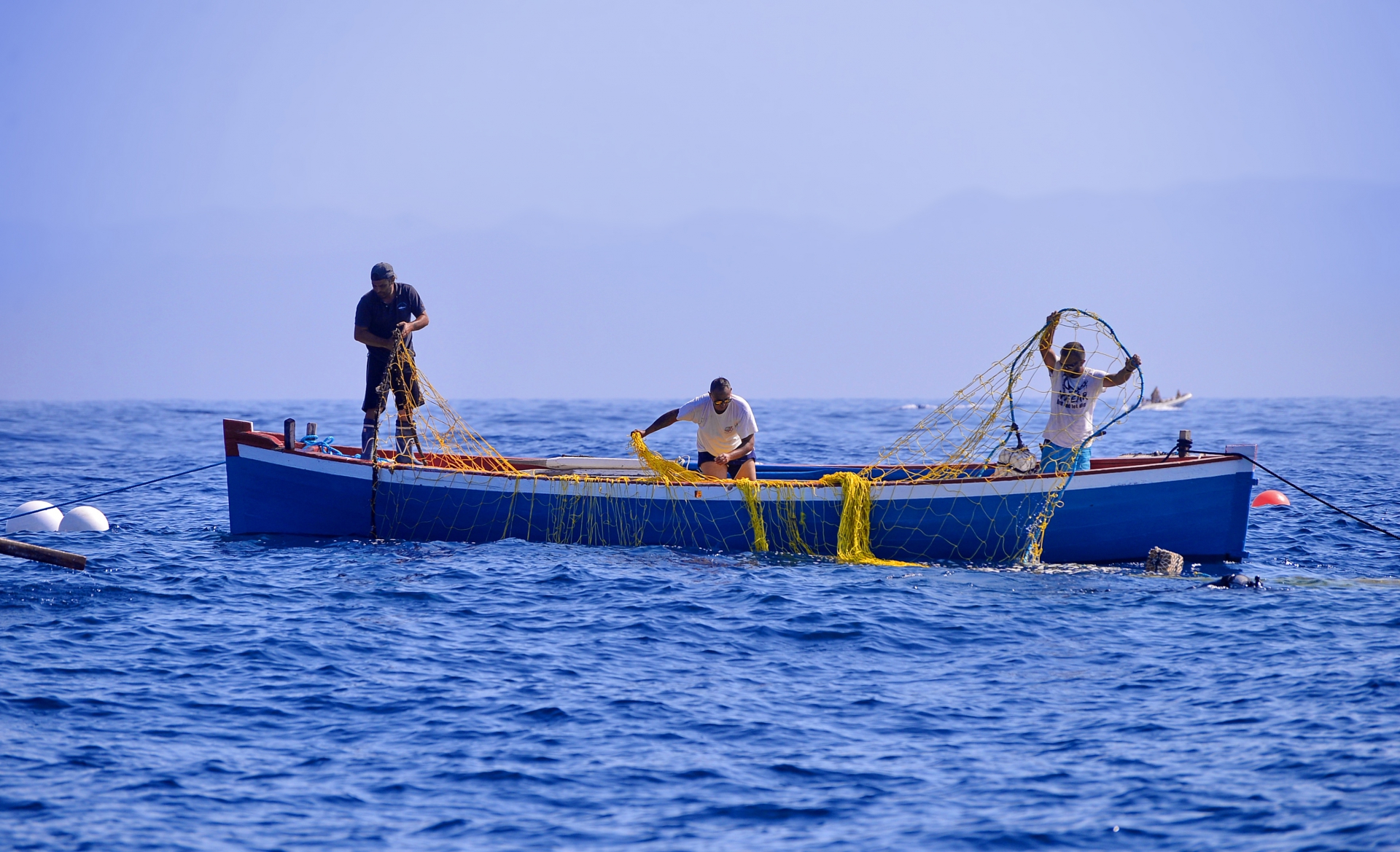 Age old customs dense with centuries of knowledge and stories, questionable for their cruelty, but perhaps more honest in their close contact than the more recent technique of mobile trapping, a system based on satellite localisation which leads to banks of tuna being encircled by entire fleets that launch enormous nets. As much as 80% of the substantial haul is intended for the Japanese market, the foremost purchaser of tuna in the world, with a host of recipes based on this ingredient.

The regal tuna, however, is a species at risk precisely because of intensive fishing. It is also being seriously affected by pollution and changes in the temperature and salinity of the sea that are shifting its routes more and more northward. Losing one of the main predators in the marine ecosystem food chain is dangerous: it destabilises the balance of an entire environment that needs every organism in order to exist.

The Tonnara Museum in Stintino (MUT) dedicates a beautiful display to this delicate theme, which also lingers on the stories of the populations of the island of Asinara.

An instructive visit, for anyone who finds themselves in the area: www.mutstintino.com

By continuing to use the site, you agree to the use of cookies.
OK, I got it!