On 14 March 1962, in the offices of a notary in Tempio Pausania, 1,800 hectares of land in the area of Monti Di Mola, between Liscia Di Vacca and Porto Cervo, Cala di Volpe, Capriccioli and Romazzino, became the property of H.H. the Aga Khan and a group of entrepreneurs including Patrick Guinness, John Duncan Miller, Felix Bigio, André Ardoin and René Podbielski.

And so the Consorzio Costa Smeralda was born, with the aim of regulating the urban, territorial and architectural development of the new tourist destination for a jet set who, up until that point, had been habitués of the Côte d'Azur. A group of four formidable architects - Luigi Vietti, Jacques Couëlle, Michele Busiri Vici and Simon Mossa - formed the Architectural Committee, which had to approve all works under the aegis of the association. The committee promoted an “organic” architectural style, which would become part of the fabric of the Costa Smeralda, with irregular roofs reflecting the traditional Sardinian rural dwellings, contained volumes, soft and sinuous lines, and the use of local materials such as granite, juniper and chestnut. 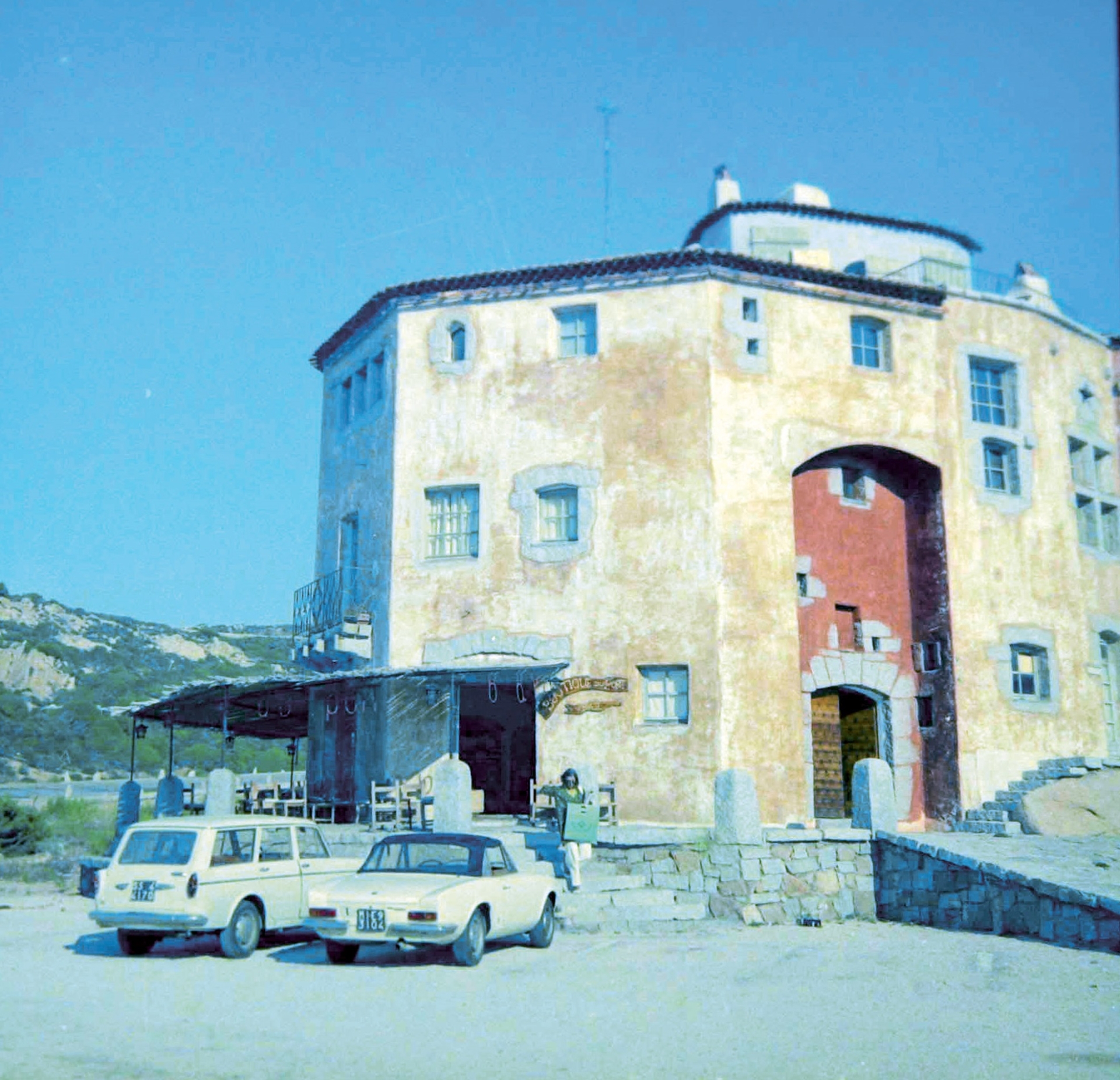 The construction of Porto Cervo began in 1962 with a building boasting unusual and remarkable forms designed by Jacques Couëlle, a sculptural architect engaged by the Aga Khan. At least the first half of this building was completed even before the seabed had been dredged for the construction of the pier in what we know today as the Porto Vecchio. This is where the YCCS, five years later, would establish its first headquarters.

One of the founders of the YCCS was Luigi Vietti, an architect who, together with Couëlle and Michele Busiri Vici, was commissioned by H.H. the Aga Khan to manage the design and works in the Costa Smeralda. He designed the centre of the village of Porto Cervo, the hotels Cervo and Pitrizza, the residential complexes at Dolce Sposa, Cala Granu and Cala del Faro, as well as numerous villas and even some ceramics for the newly created Cerasarda.

His classic sailing yacht, Tamory, a beautiful 27-metre German-built ketch, was always moored in the harbour during the summer season, next to another boat that played a central role in the history of the Costa Smeralda: the Croce del Sud, a triple-masted schooner of 42 metres that is still today, in her perfectly restored splendour, one of the jewels of the Mediterranean. She often appears in the very first photographs of Porto Cervo, in the solitude of the bay. In the late 1950s, it was aboard the Croce del Sud that H.H. the Aga Khan and Giuseppe Kerry Mentasti, son-in-law of Ezio Granelli, discussed and planned the birth of the Costa Smeralda.

The early 1970s saw a significant increase in the number of sailing enthusiasts, the time was ripe for the YCCS to create an international competitive sailing event, and so the Settimana delle Bocche was born in 1972. Just like Cowes Week, which it was inspired by, any boat that could be enrolled in one of the six classes provided for by the International Offshore Rule (IOR) would be admitted to take part. In 1973 it was the turn of the first One Ton Cup, followed in 1978 by the Sardinia Cup, a regatta with national teams, held every two years and alternating with the Admiral's Cup.

The YCCS and the Costa Smeralda

In 1977, with the construction of the Marina Nuova and its new headquarters, the activities of the YCCS gained an even greater impetus. A challenge for the America's Cup with Azzurra in 1983 was followed by the Challenger of Record role in the following edition, the construction in Porto Cervo of the International 12 Metre Centre, and a transatlantic record bid with Destriero.

In 2002 the YCCS unveiled new headquarters, restructured and extended by New York architect Peter Marino. The new lines are clean and modern, breaking with the style of the past and in fact initiating a small revolution, which is still developing, in terms of architectural design on the coast. Every year the club attracts many of the most beautiful boats in the world to Porto Cervo, where their owners take part in international events, an ongoing expression of the original spirit of the Costa Smeralda, inspired by excellence and sportsmanship. 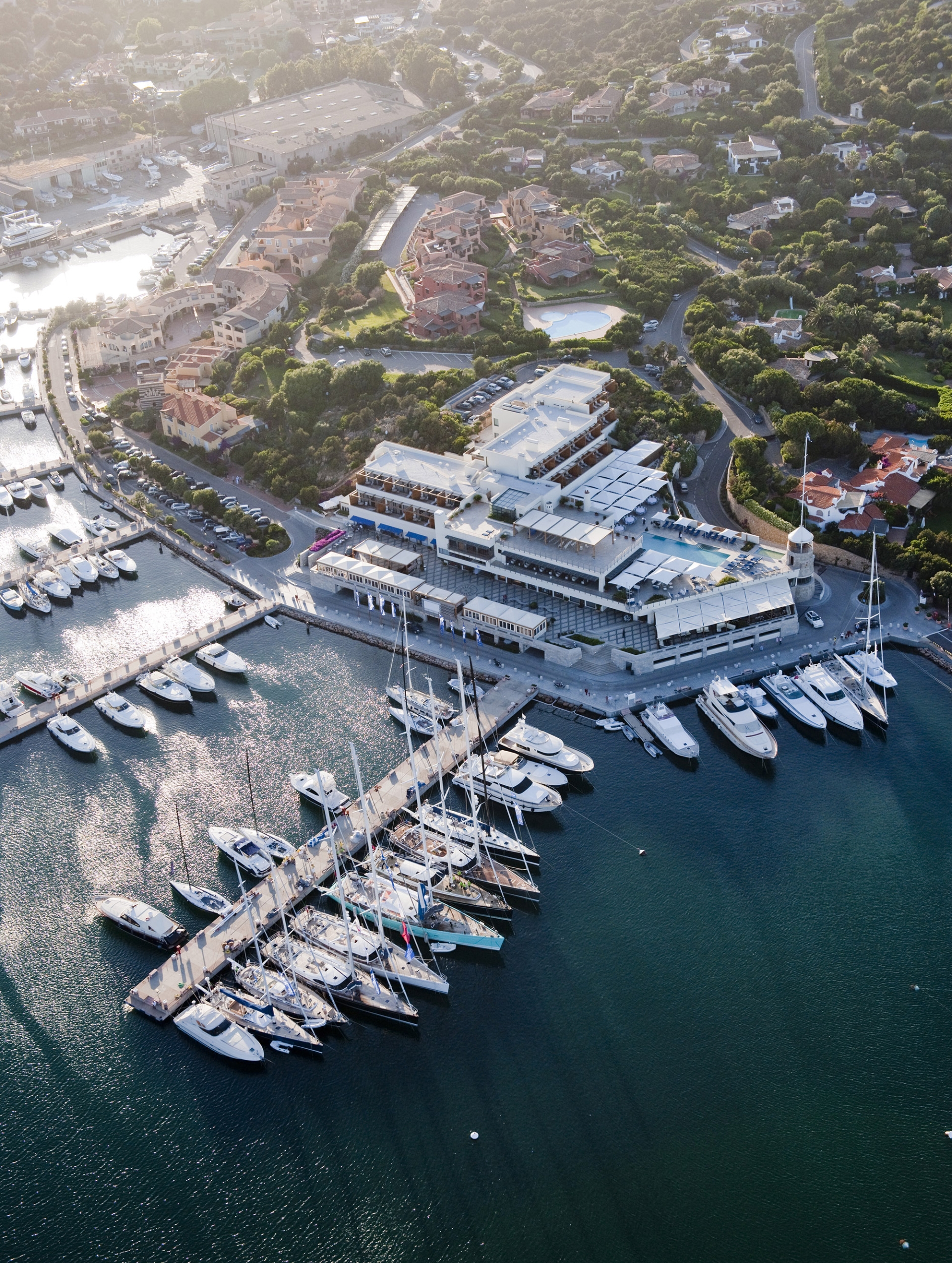