Exactly 40 years ago, on the evening of 19th July, 1982, the first Italian challenger for the America's Cup was launched in Pesaro with the name Azzurra. As per the regulations of the competition, it was the Yacht Club Costa Smeralda that brought the challenge to the New York Yacht Club, the Defender of the "Auld Mug". Azzurra, an International 12 Metre Class yacht, was built in aluminium by Officine Meccaniche Pesaro under the direction of engineer Marco Cobau, to a design from a very young Andrea Vallicelli together with his studio.

To get an idea of the atmosphere of the launch, we must remember the optimistic mood of the era. Not only was Italy experiencing the "fabulous 80s", but just eight days previously Dino Zoff had raised the World Cup to the sky. The first Italian Challenger for the America's Cup had already enjoyed widespread media coverage and, despite the experts being well aware of how unimaginable a victory was, the public perception was that Italy at its best could take control of any contest. And that is precisely what Azzurra did.

So from the early afternoon of that 19th July, a large crowd gathered on the quay in front of the shipyard to attend the event, at which all the stakeholders involved were present, starting from the Italian businessmen who were supporting the Consorzio Azzurra. The America's Cup at the time was an entirely national affair, an excellent showcase for the Made in Italy brand, although commercial logos were not permitted on hulls or sails at the time.

H.H. the Aga Khan had arrived together with the industrialist Gianni Agnelli aboard his helicopter bearing the challenge logo. The then commander of the Adriatic Sea Maritime Department, Vice Admiral Sergio Agostinelli. had instead arrived by sea. The crew led by Cino Ricci was lined up along the quay, ready to jump aboard and take possession of the boat as soon as it began its “life at sea", floating free from the cables of the crane.

"All those who are supporting the first Italian challenge for the America's Cup" emphasised H.H. the Aga Khan, are enabling Italian sailing to enter the final realm of competitive sailing from which it was absent.” 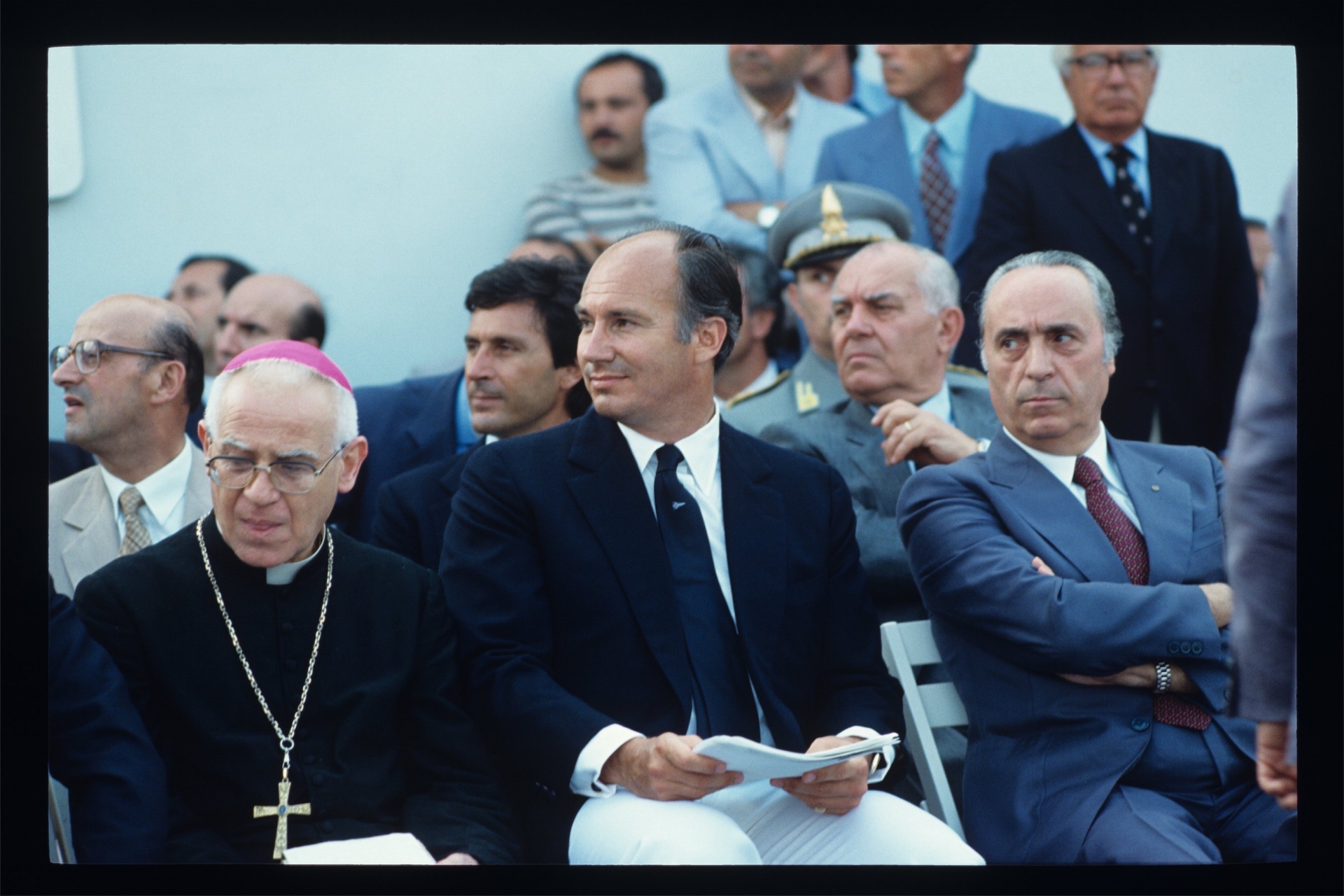 As with all sailing challenges, the launch was a watershed moment, with a "before" heavy with expectation and an "after" in which it was necessary to address and solve all the issues that such a complex project could throw up on a daily basis. Azzurra began training in Marina di Ravenna against the "trial horse” Enterprise, specially purchased for the purpose. Preparations continued throughout the winter at the CONI (Italian Olympic Committee) centre in Formia, and in April 1983 Azzurra was shipped from Naples, bound for Newport Rhode Island, where she would take part in the qualifying rounds to select the Challenger for the 25th America’s Cup. The rest is history, the first ever edition of the Louis Vuitton Cup was won by Australia II, who then brought 132 unbroken years of domination by the New York Yacht Club to an end. Azzurra exceeded everyone's wildest expectations, reaching the semi-finals against the English Victory Challenge. Notably, during the round robins, on one occasion she was even able to defeat those same Australians who would go on to win the America's Cup.