As 34 yachts representing 12 nations lined up, the docks in front of the YCCS were finally brightened by the presence of crews and boats for the first edition of the Swan Sardinia Challenge. Taking place from 21 to 26 June, the event was also valid as the second leg of The Nations League, a circuit that the Nautor shipyard has dedicated to its more racing-oriented one-design models. Organised by the Yacht Club Costa Smeralda with the Nautor's Swan shipyard and ClubSwan Racing, the regatta was held in compliance with the Covid-19 regulations issued by the Italian Government, the Region of Sardinia and the Italian Sailing Federation, for an event which exceeded the expectations of the owners, teams, and organisers. Racing under the owner-driver rule, four one-design classes from the Finnish shipyard took part: the ClubSwan 50 with 13 yachts, the Swan 45 and ClubSwan 42 with 5 and 6 participants respectively, and the latest edition, the ClubSwan 36, with 10 teams, including an all-female crew on Skorpidi with Sofia Bekatorou (olympic gold in Athens and bronze in Qindao) calling tactics alongside Annemieke Bes (silver Qindao), Mikaela Wulff (bronze in London), Ocean Race veteran Elodie Mettraux, and the Italian Cecilia Zorzi, world champion in the Laser 4.7. Also racing in this class was YCCS Commodore Michael Illbruck, at the helm of Minna, while among the ClubSwan 50s the president of Nautor's Swan, Leonardo Ferragamo, was at the helm of his Cuordileone.

Among the many top names from the world of professional sailing taking part were Francesco Bruni, Vasco Vascotto and the navigator Francesco Mongelli, all members of the Luna Rossa crew in the most recent America's Cup campaign. Then there were sailing legends such as Jochen Schuemann (three Olympic golds and one silver) and John Kostecki (Olympic silver, winner of the America's Cup and the first edition of the Volvo Ocean Race in 2001/2002), the Star sailor Diego Negri, Manuel Weiller, Ross Halcrow, Alberto Bolzan, Michele Paoletti and Gabriele Benussi, to name but a few.

During the four days of racing, owners and crews were able to enjoy two days of perfect conditions with a mistral wind of 14 to 20 knots, occasionally touching 25, which highlighted the skill of the yachtsmen and the capabilities of the boats, giving rise to hard-fought battles, incredibly close downwind encounters, planing at more than 20 knots, and photo finishes on the line.

Among the ClubSwan 50s, Marcus Brennecke's Hatari fought long and hard with Sparti, owned by Dmitry Rybolovlev and Andrey Konogorov, and Leonardo Ferragamo's Cuordileone. After seven races, only four points separated the German and Russian boats, but it was Brennecke who would claim overall victory with three wins and two second places, while the third step on the podium went to Cuordileone. 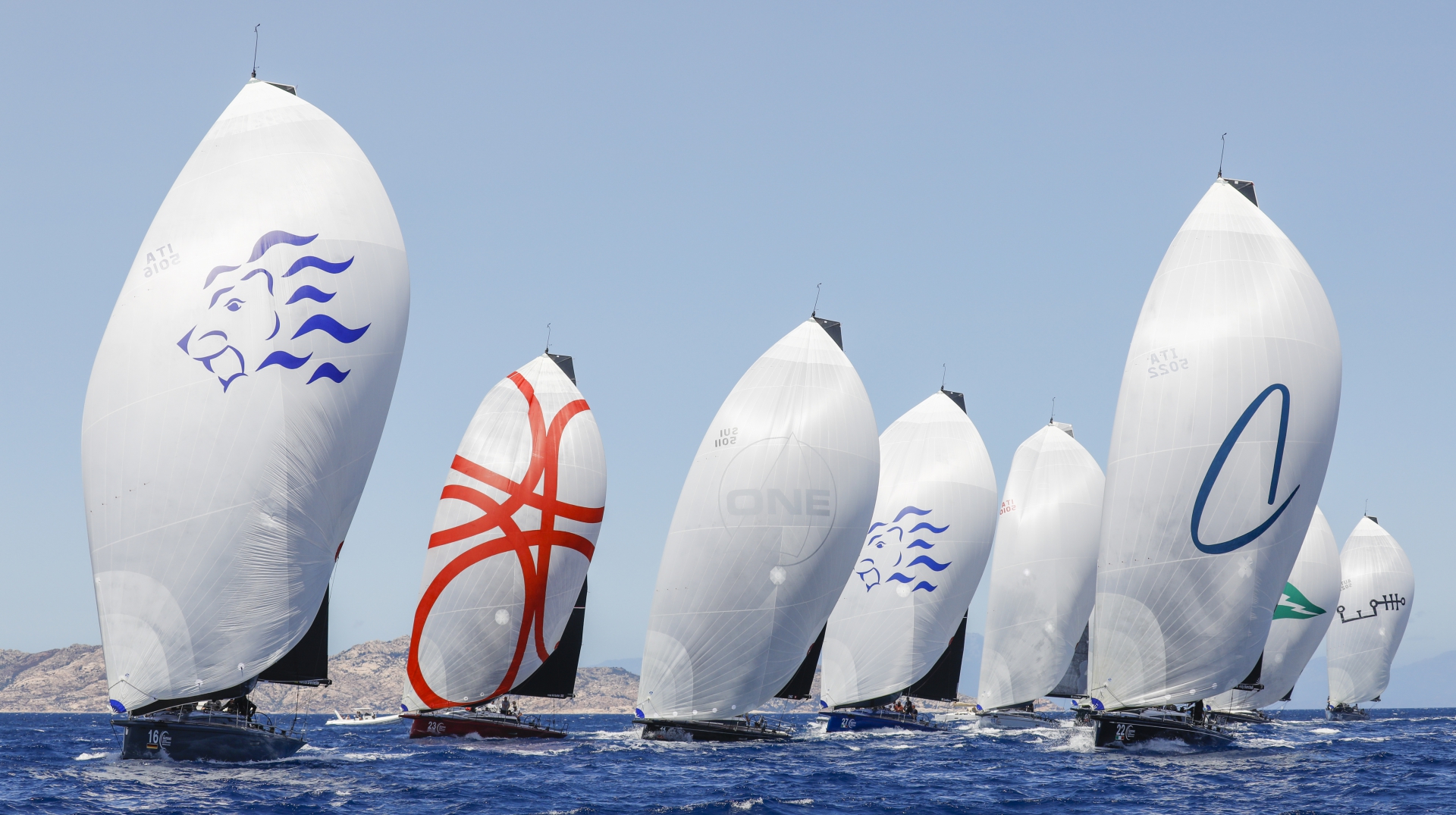 In the Swan 45 class, it was Stefano Masi on Ulika who triumphed in a tough contest with reigning world champion Lennard van Oeveren on Motions. The two alternated at the top of the classification during the event and the final ranking saw them separated by just two points. Third place in the Swan 45 class went to the 2019 World Champion Klaus Diederichs on Fever, who had started as the leader on day one.

In the ClubSwan 42 fleet, Pedro Vaquer Comas at the helm of Nadir claimed victory with three wins, three second-place finishes and a fifth place. In second place was Luca Formentini on Koyré - Spirit of Nerina, while in third place, with two wins, was Natalia, helmed by Natalia Brailoiu.

Perhaps the fiercest competition of all was in the new ClubSwan 36 fleet, with a duel unfolding between G-Spot and Vitamina, who took turns leading the division throughout the entire regatta. In the end everything came down to the final race, where a fourth-place finish for Andrea Lacorte's Vitamina gave the green light to G-Spot, owned by Giangiacomo Serena Di Lapigio. It was an extremely close call in this division, with only one point separating the winner Vitamina from Farstart, owned by Lorenzo Mondo, in third. 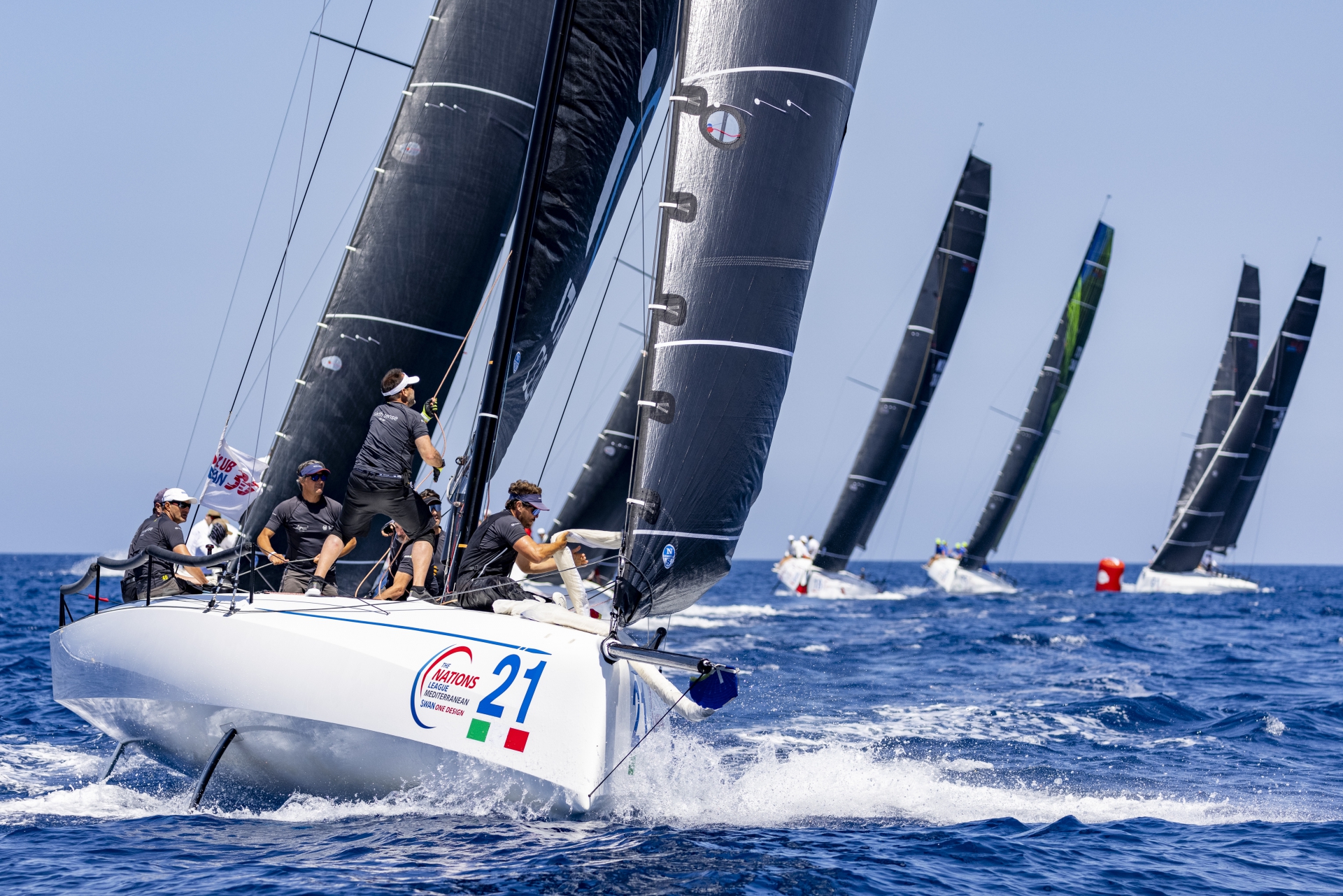 The hospitality extended by the YCCS was greatly appreciated, with the traditional welcome cocktail and owners' dinner on the terrace. Leonardo Ferragamo, President of the Nautor Group, paid tribute to the organisers of the regatta affiriming: “Porto Cervo and the YCCS have always, from the very beginning, been the home of Nautor, and the positive vibes have been extraordinary. This is thanks to the special atmosphere and the work of the Yacht Club Costa Smeralda who hosted us. It was our first Sardinia Challenge and we hope to return, because it was a wonderful appointment: elegant, energising and full of fun.”

During the prize giving ceremony in Piazza Azzurra, Commodore Michael Illbruck said: “We are particularly pleased to have been able to organise this first edition of the Swan Sardinia Challenge with Nautor's Swan. These have been intense days with hard-fought races bearing testimony to the high level of competition at this event, which I took part in as a competitor. Being among the fleet of Clubswan 36 boats on Minna was thrilling, together with the team we fine-tuned something new every day and improved our performance. It was a great first edition of the event and I would like to thank the owners and sailors for coming here to Porto Cervo and the Race Committee as well as the YCCS staff for their hard work.” 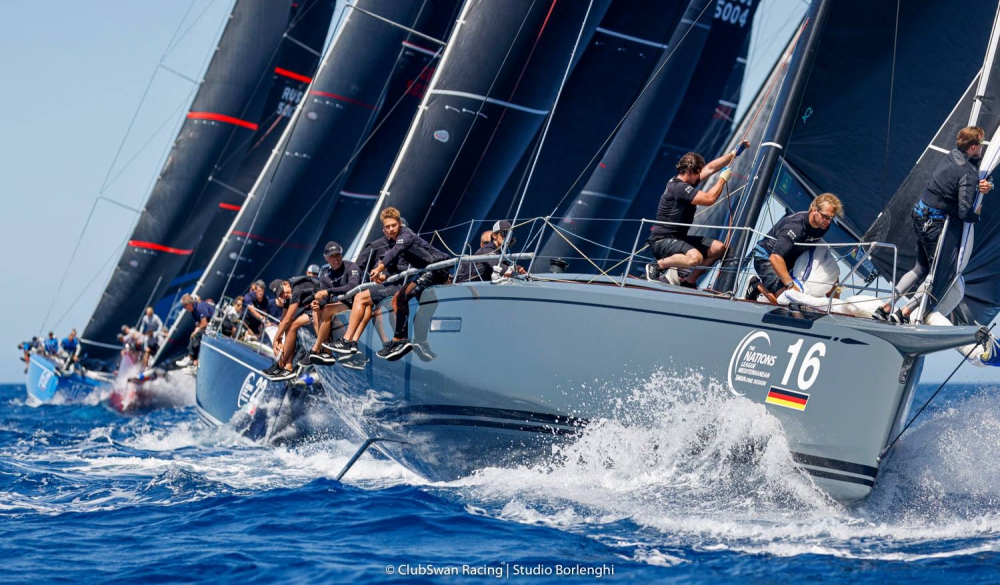 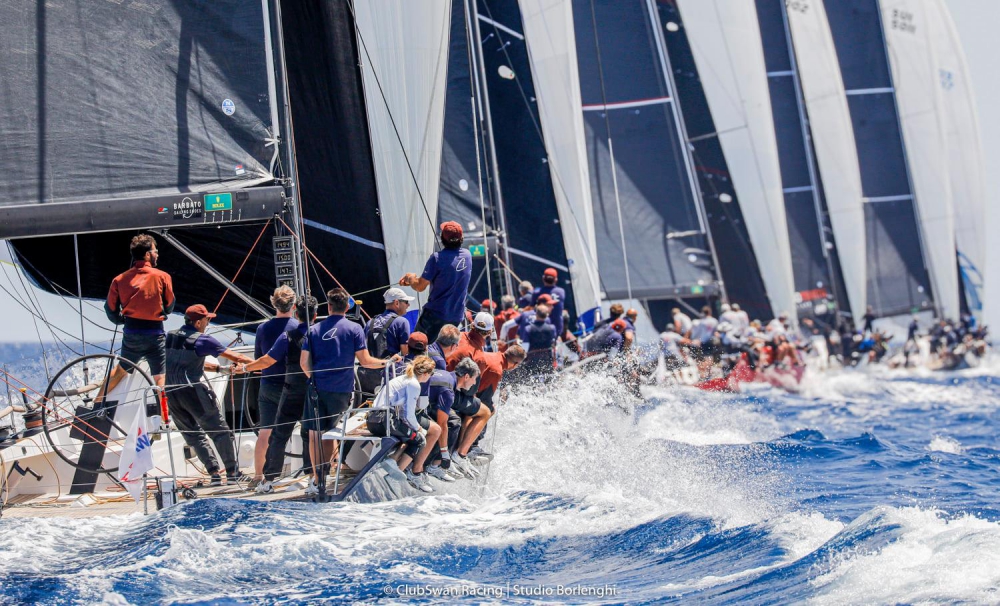 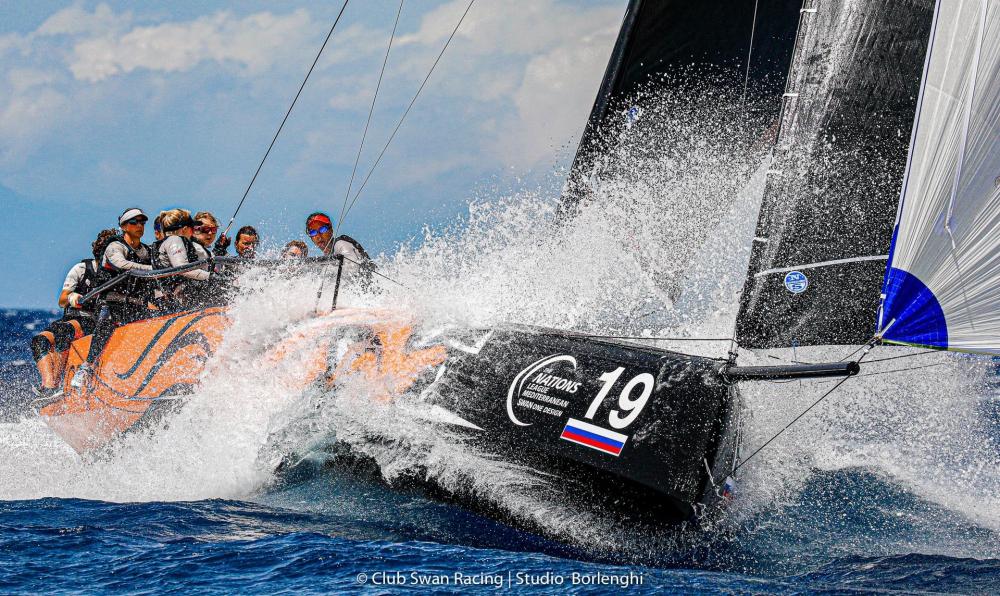 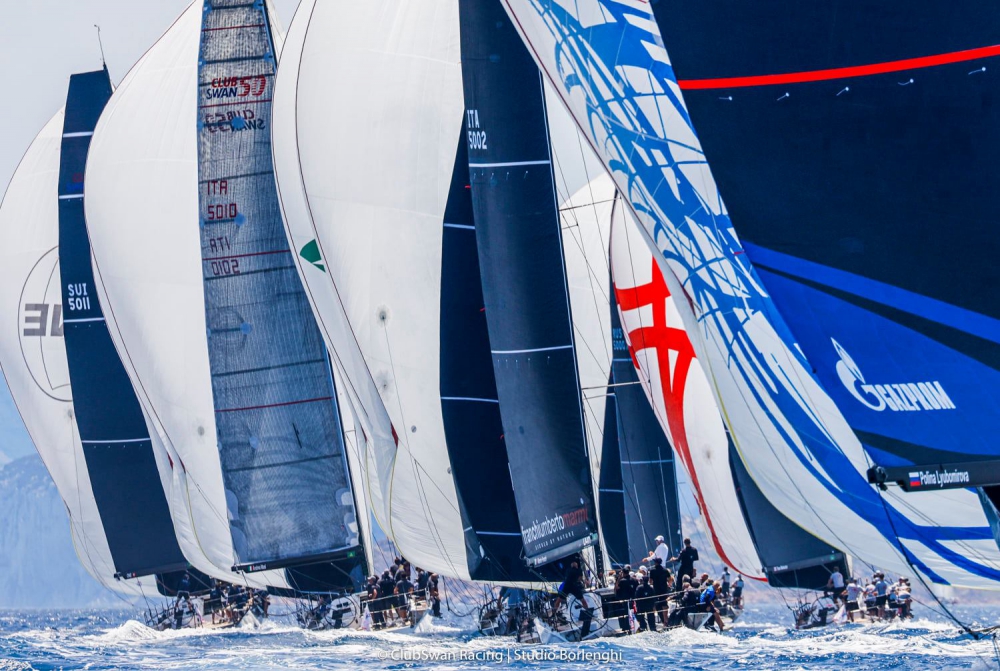 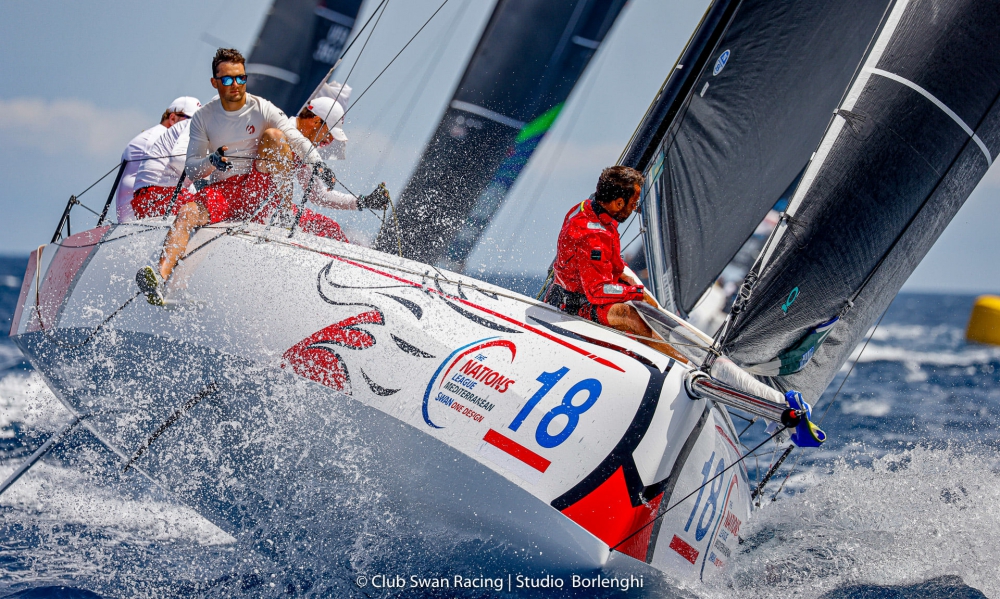 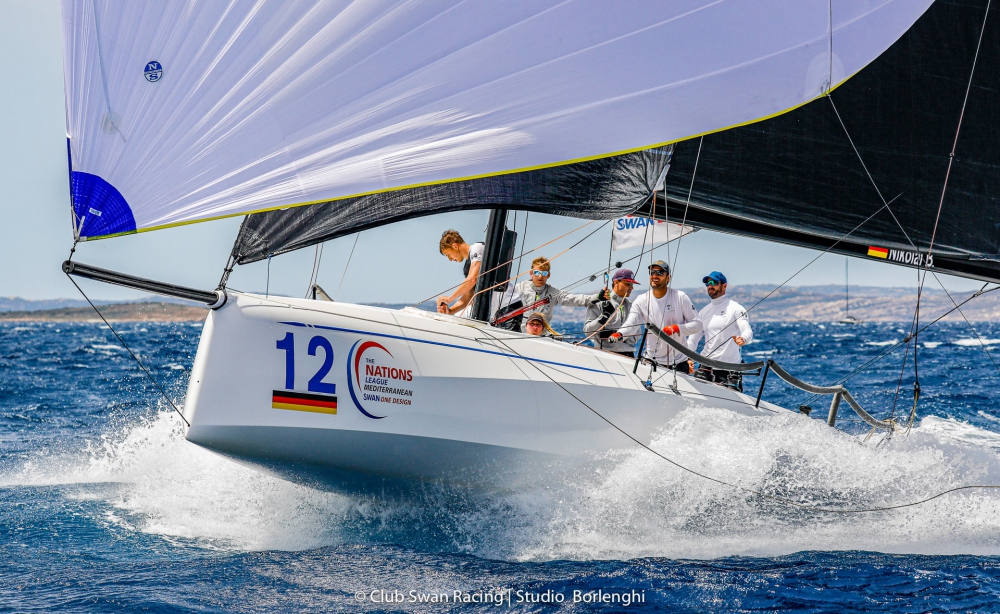 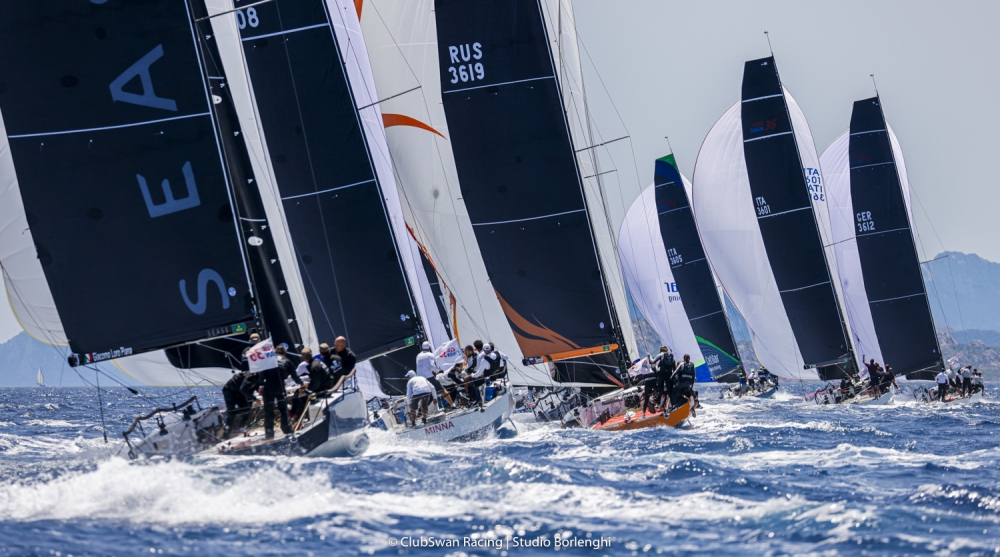 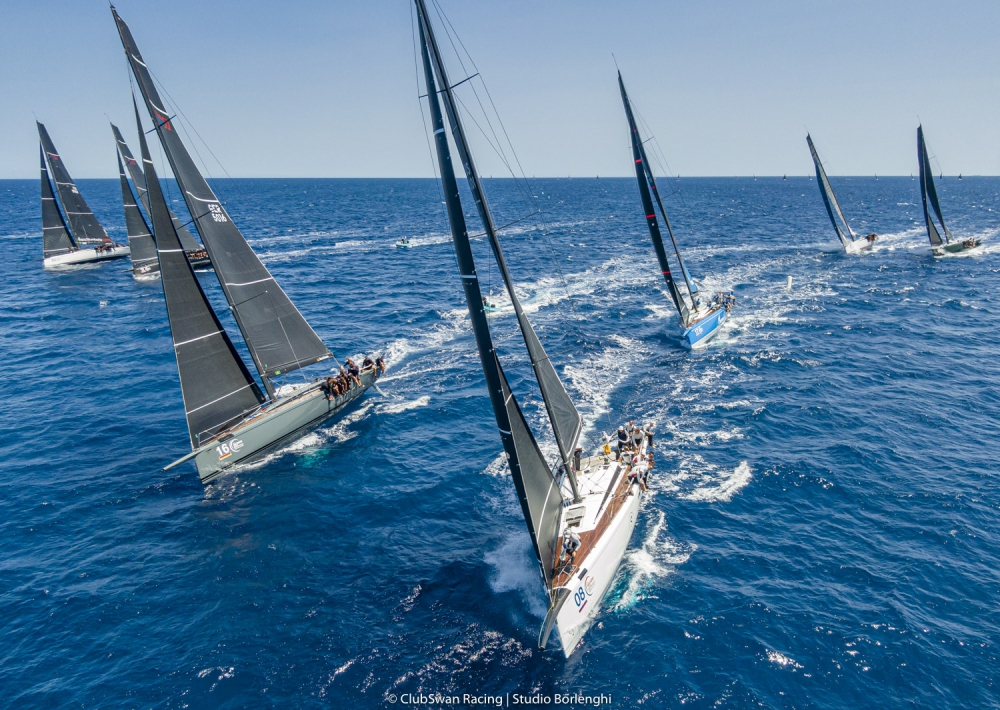