There was a time when the coasts of Sardinia were a territory of discovery and conquest. The waters of the Mediterranean were the setting for navigation and combat, and the ports welcomed the peoples who came from the sea. We're talking about the Nuragic era, in the late Bronze Age, a period still today shrouded in mystery and which archaeologists and historians continue to investigate.

Sardinia stood out for its meticulous processing of metals, which has sparked many modern finds. There are, however, no documents capable of telling us how the Nuragic population developed these skills, or how they were able to select their raw materials. Nor what technologies were used for extraction, or how the primary processing of the metal took place. What we do know, is that there were numerous copper mines which, mixed with tin, gave rise to one of the materials most often employed for the creation of metal artefacts: bronze.

This was the alloy used to forge the miniature ships found inside nuraghi and now exhibited at the Archaeological Museum of Cagliari. All different, they were most certainly forged by people who knew navigation: they are characterised by the presence of a central mast which indicates the use of sails, and by high bulwarks, suitable for defence in wars at sea. They also had a symbolic value: the bow develops into a figurehead in the shape of the torso and head of an animal, such as a deer or ram. The engraved drawings depict men wearing helmets, armour and a skirt, with a shield always present together with daggers, spears and swords, indicating their nature - perhaps profession - as warriors. 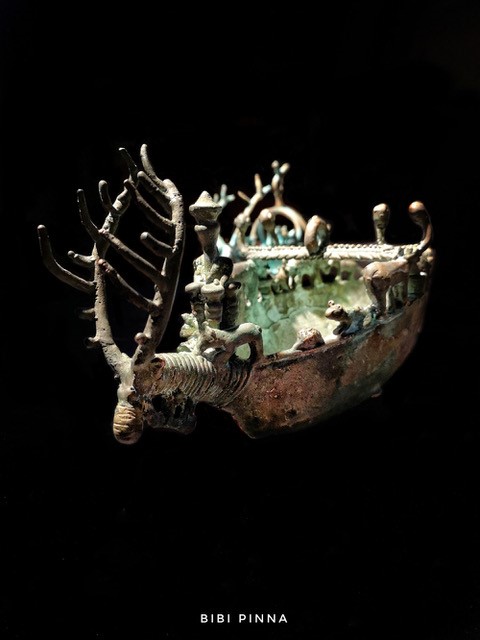 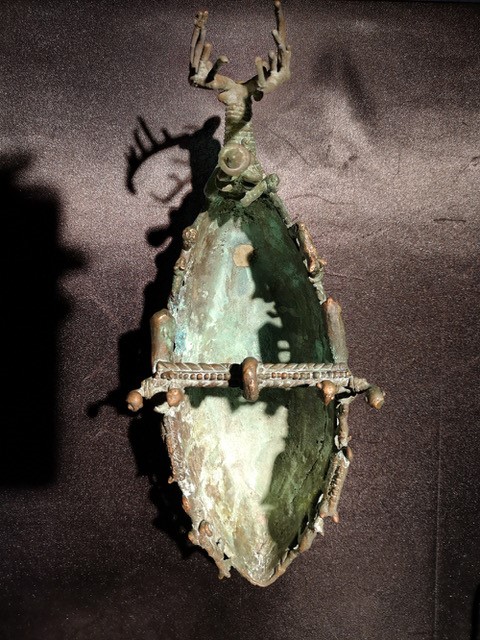 Who these skilled craftsmen-navigators were is still unresolved. It is said they were the Shardana, one of the coalitions of the Sea Peoples mentioned in Egyptian documents of the 2nd millennium BC. According to some scholars, they came from the eastern Mediterranean and settled in Sardinia during the exodus from Egypt. Others identify them instead as ancient Sardinians. Among these is the archaeologist Giovanni Ugas, who reiterates the close connection between the Nuragic people and the Shardana based on stories handed down and the characteristics of the ships, which tell of a people who made navigation and combat their world. Leonardo Melis, in the book “Shardana: the sea people”, explains that the Pharaoh Ramses II had hired the "Shardana of the sea, with a rebellious heart, without masters, that no one had been able to contain”.

Today, admiring these finds at the Archaeological Museum of Cagliari and immersing yourself in a remote, mysterious and fascinating era is a satisfying experience, suspended between history and legend. Through the ships of the Shardana the ancient peoples of the sea communicate with those passing through here, leaving for the open sea with some extra splendour in their hearts.