The symbol of this class, elegantly stylized, is an emerald green prow slicing through a wave. For 25 years bows bearing this symbol on their decals have given life to club regattas on the waters of the Costa Smeralda, the Cote d'Azur and some of the most beautiful locations in the Mediterranean.

We are talking about the Smeralda 888, designed by German Frers as a members' boat for the YCCS, whose class association, established in 1995, this year rounds the quarter-century mark. The Smeralda 888 was commissioned and designed in 1991 when the technical committee asked for a one-design hull taking the Soling, an Olympic class at the time, as a reference point. Frers, a true master of style, carried over the aesthetics of Azzurra, offering in less than nine metres of length the charm of the International 12 Metre yacht, but with updated water lines thanks to the most advanced research of the era, developed for Il Moro di Venezia, maximising the wetted surface area and with good stability of weight.

Measuring 8 metres and 88 centimetres in length, as indicated by the name, the boat was built on Lake Garda by the prestigious Galetti shipyard, with a particular focus on the one-design nature of the hull. A total of 17 units were produced, of which 16 are currently in navigation. 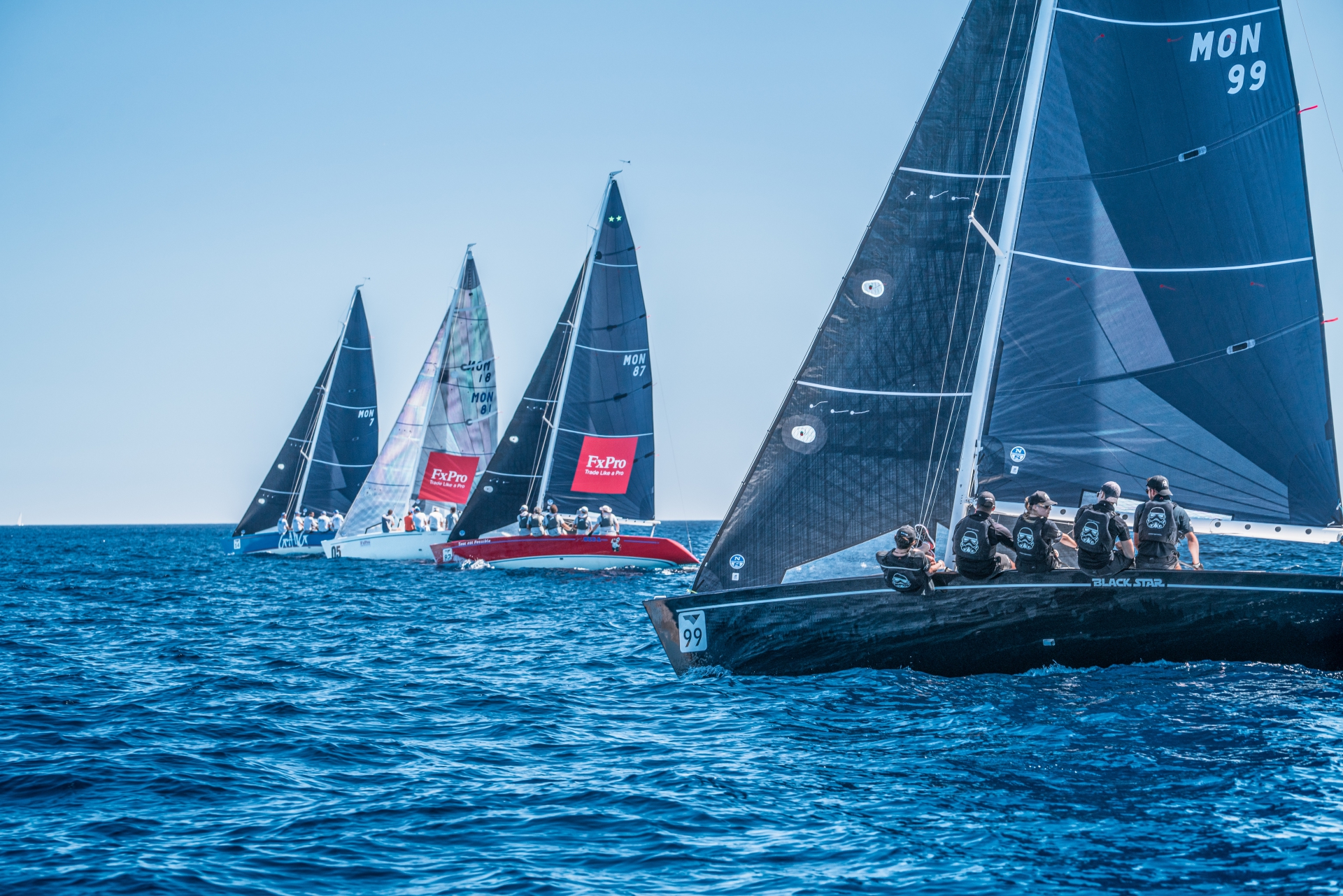 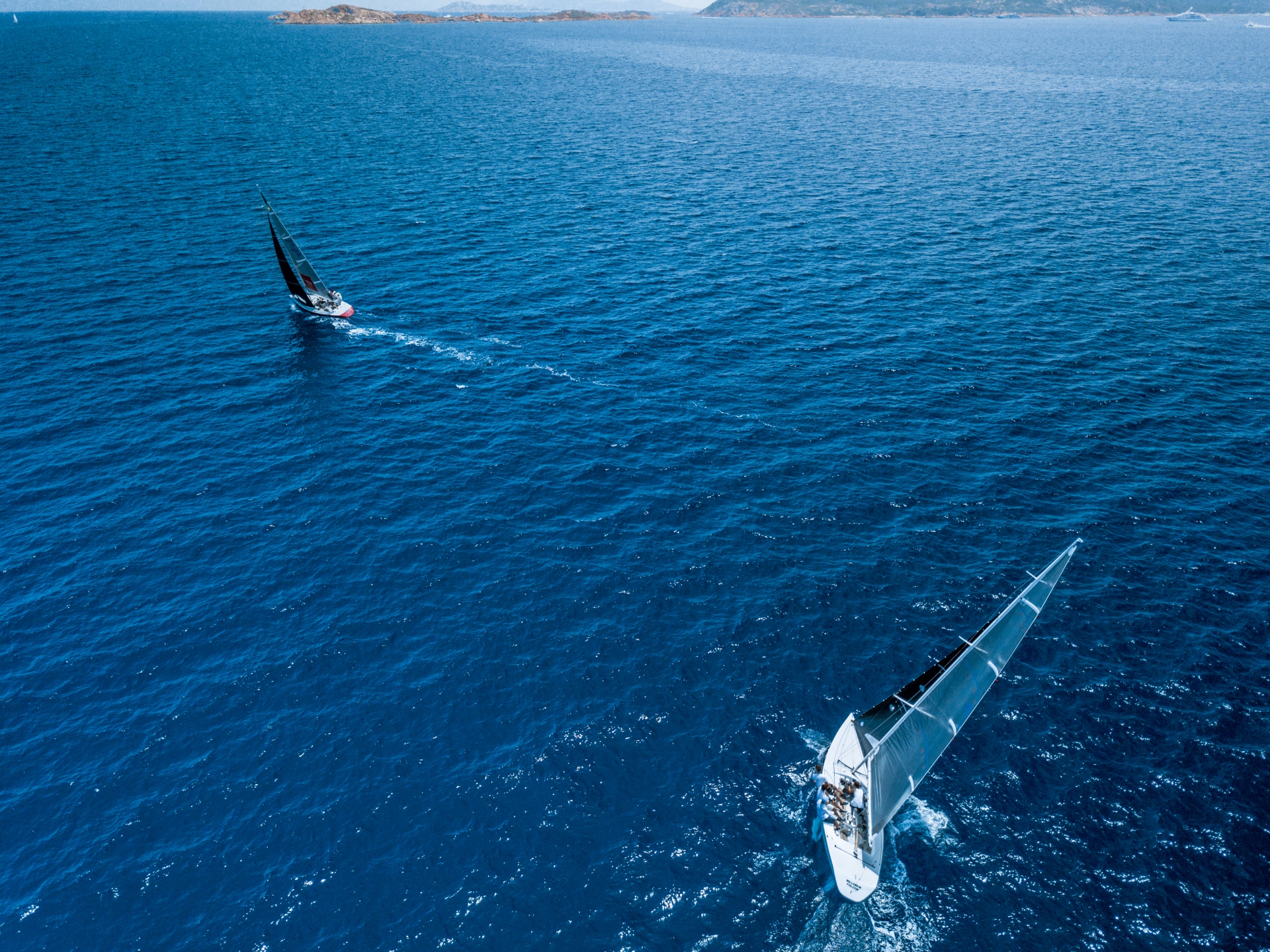 The first hulls were launched the following year and immediately took part in the Sardinia Cup of 1992 as a small boat. This biennial YCCS regatta, held in alternate years to the Admiral's Cup, saw national teams compete on three different types of yachts, with the sum of the scores of each boat decreeing the winning team.

Then in 1995, exactly 25 years ago, the class association was formed, launching sailing activities for owner-drivers that expanded beyond both fleet and match-race regattas solely for YCCS members, often assisted by crews that also included big names in sailing - Paul Cayard being just one example.

At the end of the 1990s Adalberto Miani, an owner and passionate yachtsman, fell in love with the class and brought the boat to the Yacht Club de Monaco, which is twinned with the YCCS. The Smeralda 888 was an immediate success in the principality and other members followed his lead, equally falling for the boat. The YCM began organising activities and since 2006 a real circuit has been set up, which also saw the one-design yachts racing in Valencia during the 32nd America's Cup. Twenty-five years after the formation of the class association, the Smeralda 888 is still "à la page" with a championship that features regattas in Monaco, Porto Cervo, Saint Tropez and Cannes. Certain events that have not been held due to the pandemic will be moved to later in the year, in particular the spring race in Cannes has now been included in the programme of the prestigious Regates Royales in September. And thanks to its classic characteristics, it cannot be ruled out that in the future the Smeralda 888 could be included among the classes admitted to one of the most important regattas dedicated to the yachting of yesteryear. 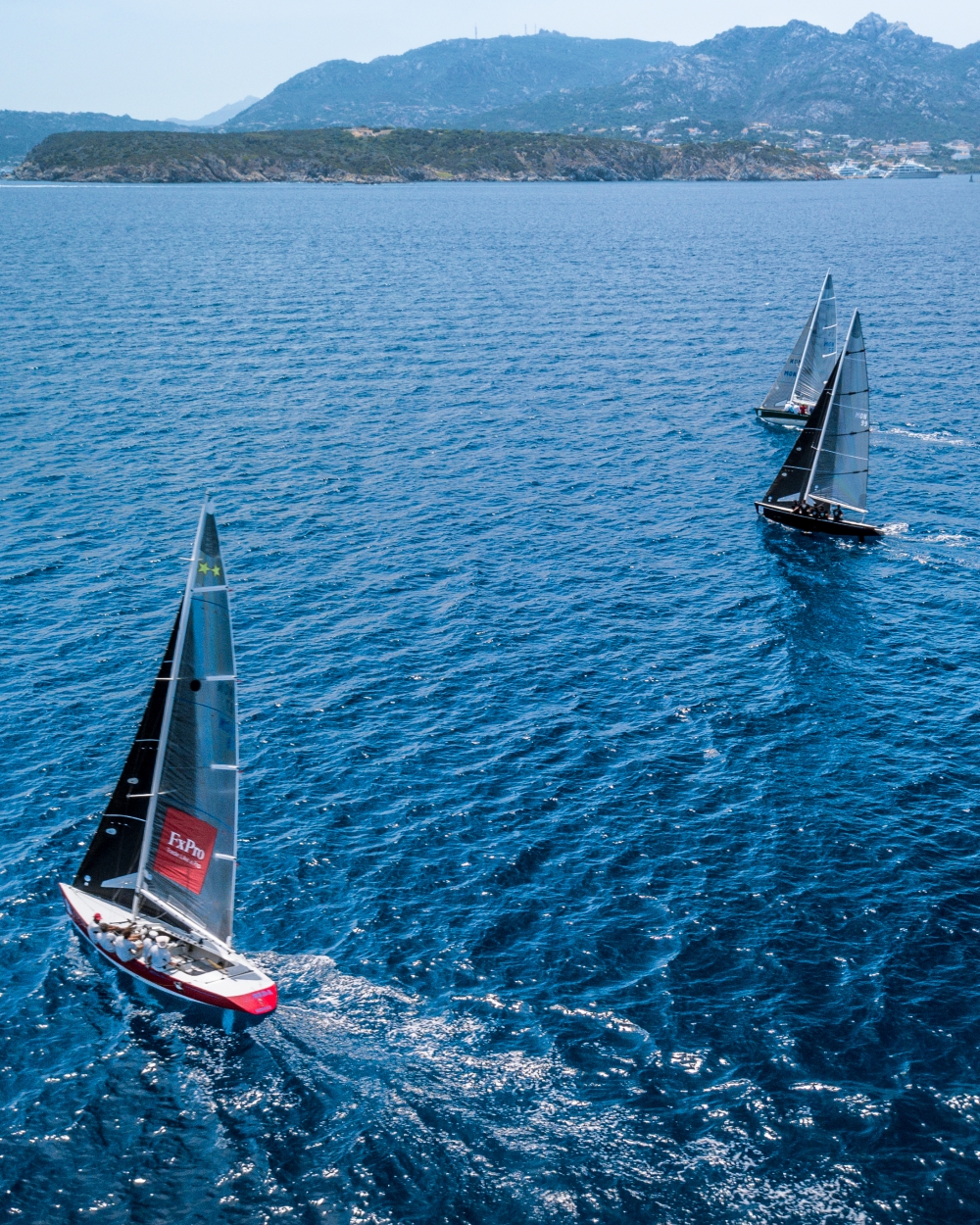 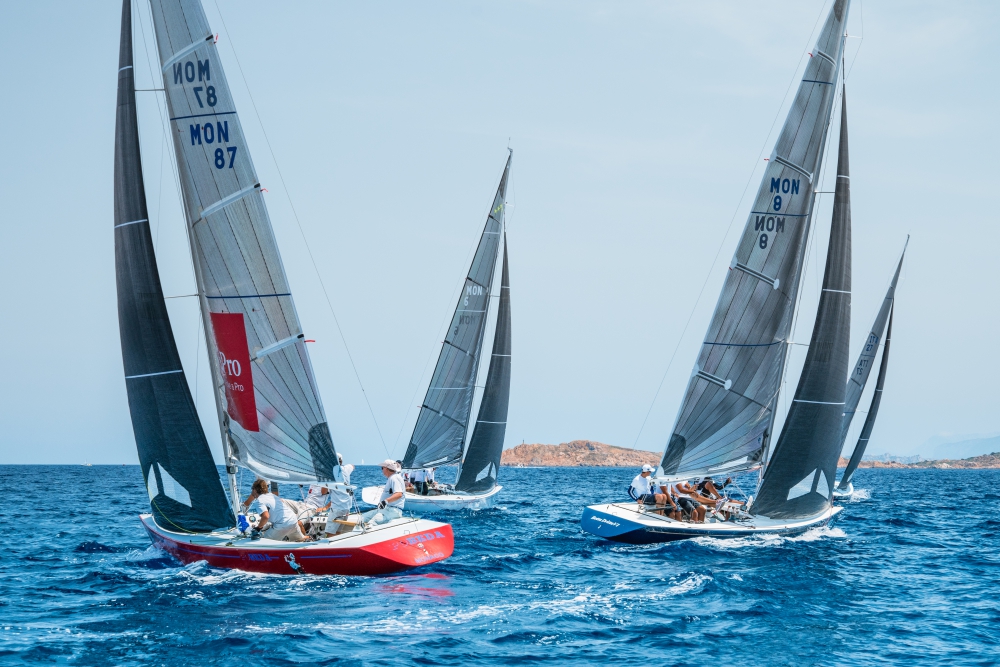 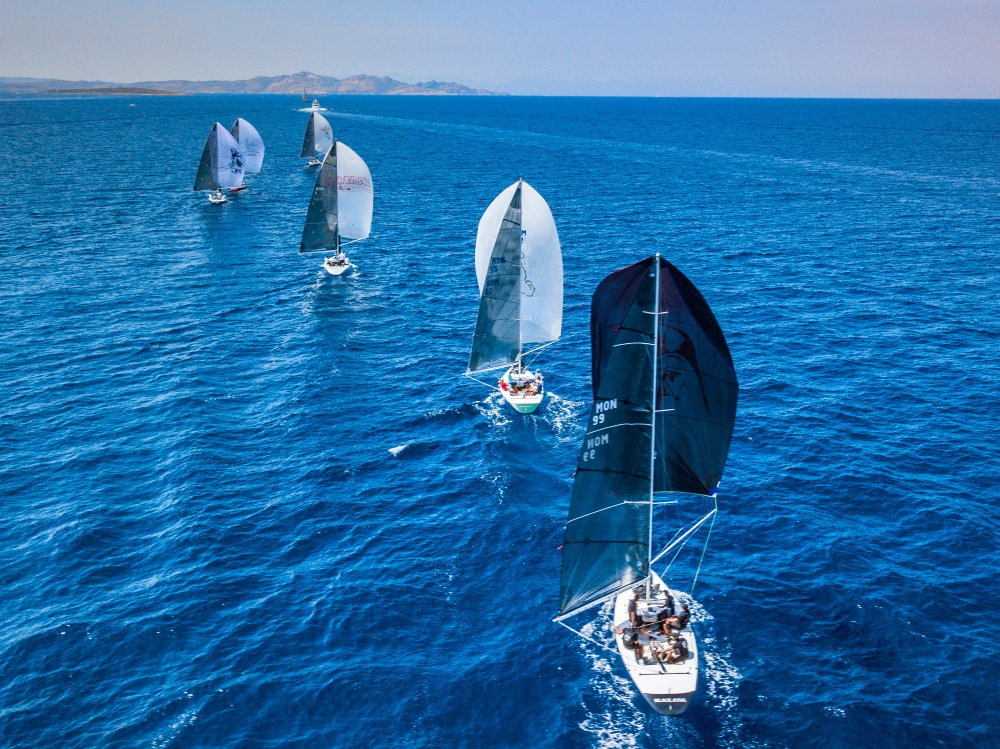 Bringing us up to date with recent happenings, the Coppa Smeralda 888 - now in its 17th edition and recently concluded in Porto Cervo with eight races in total completed in light winds - was dominated by Timifey Sukhotin's Beda, followed in second place by Botta Dritta, skipper Francesco Vauban, and in third by Black Star, skipper Nicolò Stimamiglio. The young age of both skippers who achieved a podium finish behind the winner is worthy of note. Francesco is the grandson of Adalberto Miani, continuing on a family tradition. Nicolò is the helmsman of a team of very young members from the YCM. If young people are passionate about sailing and the Smeralda 888, this boat should still have a long life ahead of it.

What are the other secrets to such longevity?  Certainly a skilful mix of healthy competition and sincere friendship between the members of a large "family" of sailors who gather to race and have fun, both at sea and on land. Between sailors and those accompanying them, about 150 people attend the regattas, united by the same spirit and passion. A cohesive group, but at the same time open to the arrival of new friends. The female component, as in every family, is equal and fundamental.

"The Smeralda 888 is a very technical boat but at the same time easy and fast" explains class president, Prince Carlo of Bourbon-Two Sicilies. "Our regattas recall the spirit of great yachting and that gentleman's attitude that sometimes competitiveness can lead us to forget. Our championship has been running for 15 years now, and the class is more popular than ever thanks to having the spirit of a large family. We are ready for another 15 years at least, added to that is the fact that the Smeralda 888 represents and constantly revives the historical friendship between the YCCS and the YCM cemented by the twinning in 1998."

Class secretary, Marc Stevenazzi, added "Twelve boats are based in Monaco ready to race, this has allowed us to optimise the logistics. Monaco Plaisance takes care of everything, moving and rigging the boats, maintenance and any assistance, sails management (the same ones for everyone, currently North Sail 3DLs), the owner-driver just has to show up on the regatta course with his crew. In addition, the YCM has two boats available, interested members can contact the class secretary and when a boat comes up for sale you will find immediately a buyer.” 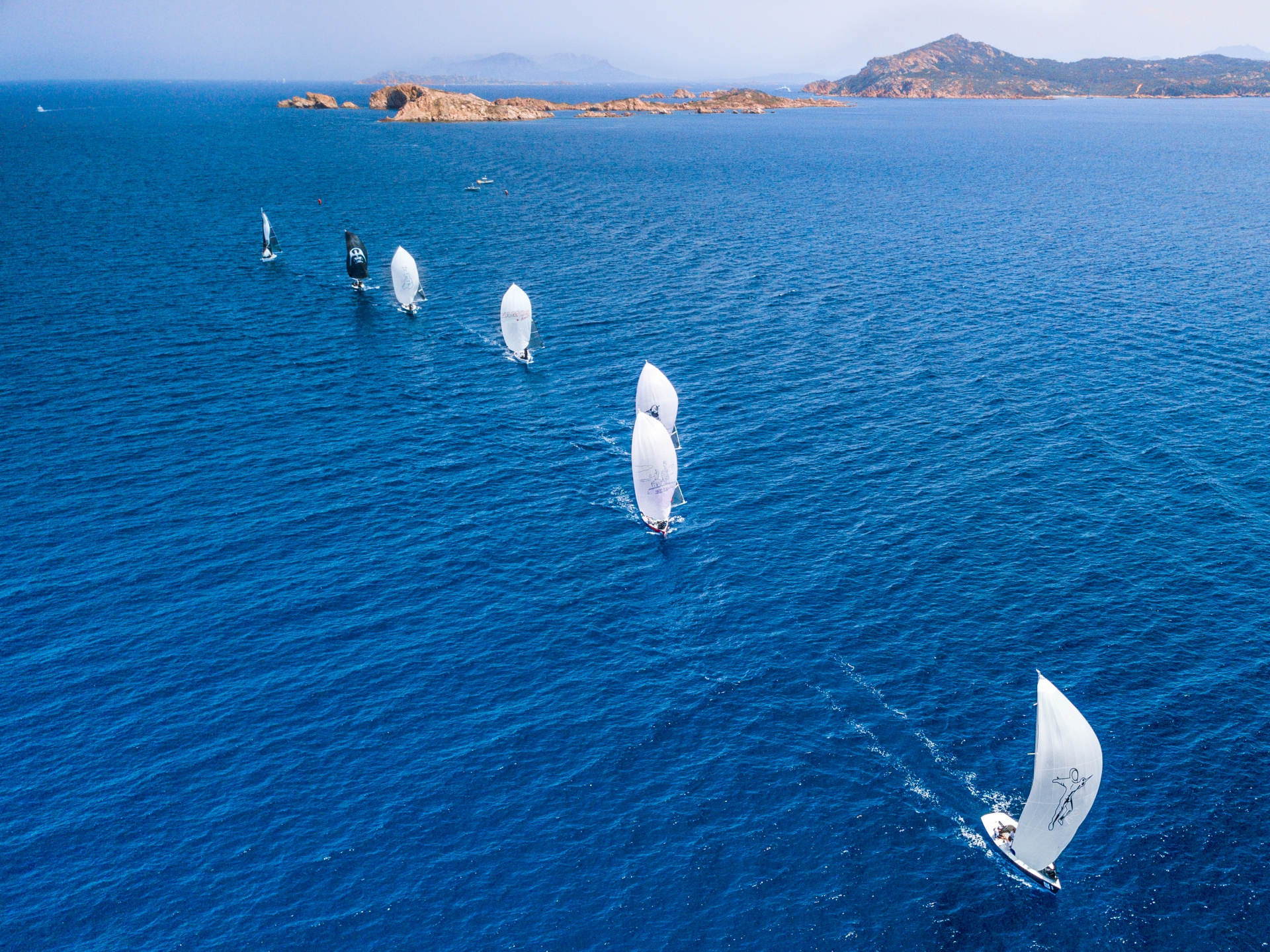 The crews are made up of five members, there is ample freedom to have professional sailors on board, but the owner-driver rule is an absolute. No electronic instrumentation is allowed, only a compass, in accordance with ancient maritime tradition. Owners are not obliged to be members of the YCCS or the YCM, but the members of the two clubs do enjoy priority in the event that requests exceed the availability of the boats. Championship winners earn the right to apply a star to their mainsail, as also happens in the Star class, while the spinnakers are often decorated with original designs that make each boat easily recognisable, even from afar. 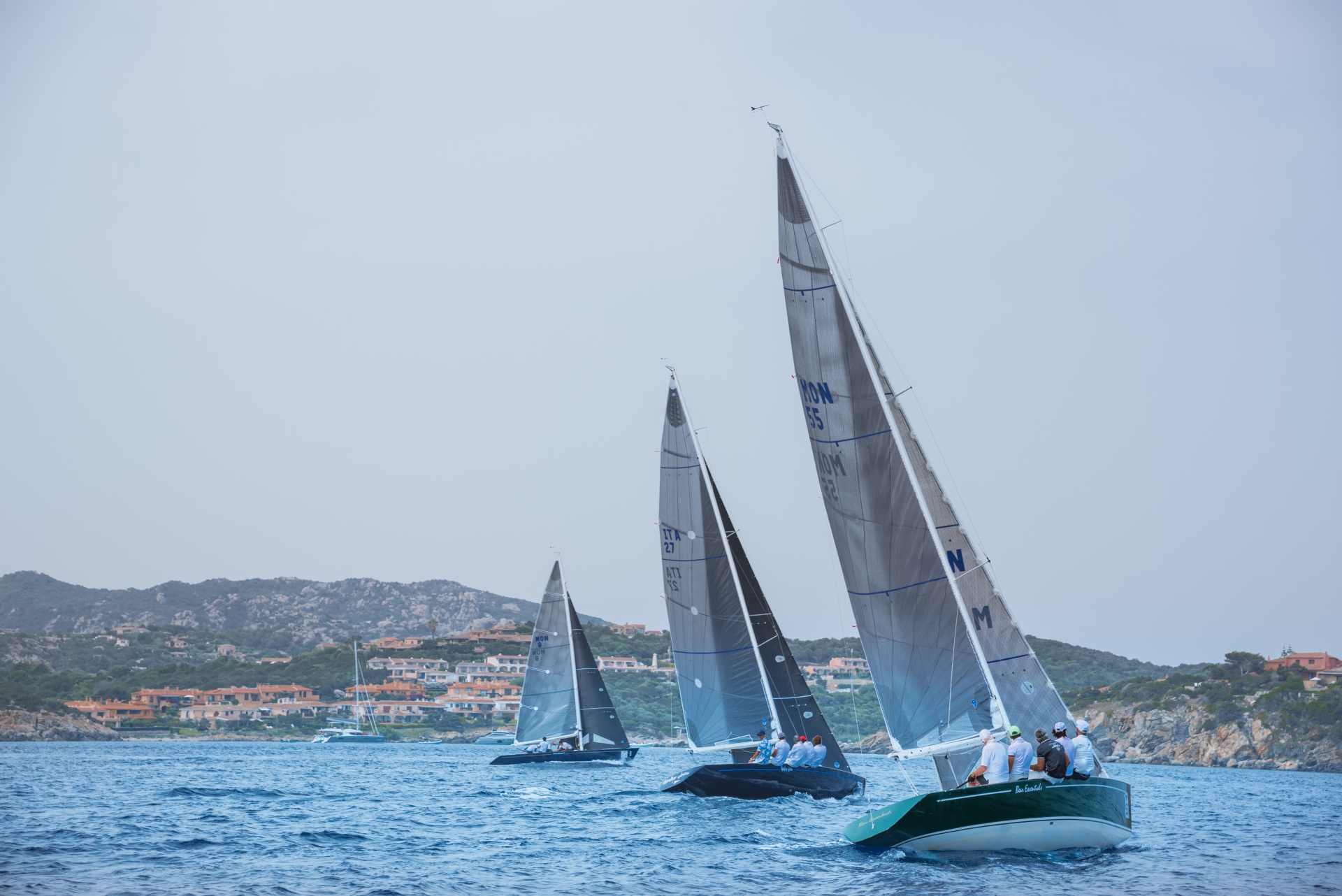