Milan, 1 March 2018. The Yacht Club Costa Smeralda (YCCS) officially presented its sporting calendar at the Franco Parenti Theatre in Milan this morning. The press conference opened with the presentation of the One Ocean Foundation and was followed by signing of the Charta Smeralda by 50 Italian yacht clubs and sailing class associations undertaking to respect and promote this ethical code of conduct. Signatures from Max Sirena, skipper of Luna Rossa Challenge and Laurent Esquier, CEO of Challenger of Record 36, organiser of the Selection Series for the next America's Cup, were particularly significant.

The morning continued with the presentation of the YCCS' sporting activities. Following a unique year to mark the Club's 50th Anniversary - with 20 regattas, of which three were world championships, including the J/70 worlds with a record 161 participating boats - the 2018 season programme also presents a full schedule. All of the Club's sporting activities will be carried out in accordance with the guidelines laid out in the Charta Smeralda, published during the One Ocean Forum.

The YCCS sporting calendar will get underway with a supporting role in the first edition of the Regata della Accademia Navale (Naval Academy Regatta). Organised by the Yacht Club Livorno, the 604-mile offshore race through the Tyrrhenian islands will start from Livorno and touch Porto Cervo on its route. Participants will be asked to respect the Charta Smeralda and the first yacht to reach the gate in Porto Cervo in real time will receive the One Ocean prize.

From 31 May to 3 June more than 30 teams from all over Europe will do battle aboard the J/70 fleet in the first qualification leg of the Sailing Champions League with Audi as Title Sponsor, followed two days later (5-9 June) by the Loro Piana Superyacht Regatta. The Audi Invitational Team Racing Challenge will also return in 2018, a biennial interclub event involving teams from the most prestigious international yacht clubs. The home-team of YCCS will host teams from the St. Francis Yacht Club, Gamla Stans Yacht Club, Eastern Yacht Club, New York Yacht Club, Royal Thames Yacht Club, Royal Yacht Squadron and Newport Harbour Yacht Club. The Melges 40 craft will also return to Porto Cervo from 5 to 8 July for the One Ocean Melges 40 Grand Prix.

September will be the busiest month with the Maxi Yacht Rolex Cup scheduled from 2 to 8 September and promising, as always, a week of spectacular racing. Next to populate the quays of Porto Cervo will be the "swans of the sea" for the 20th edition of the Rolex Swan Cup. The Nautor's Swan fleet, which in 2016 registered a record number of participants with 120 entries, will race from 9 to 16 September in a week marked by unique moments at sea and exclusive events ashore. The Perini Navi Cup (19 to 22 September) will be another important event featuring the imposing superyachts of the Perini Navi shipyard, parading once again in the magnificent setting of the La Maddalena archipelago. The intense YCCS sporting season will conclude with the final of the Audi Italian Sailing League, held for the first time in Porto Cervo. Italy's top teams, representing their respective yacht clubs and having qualified via previous legs, will look to claim the title of National Club Champion.

Azzurra, the TP52 boat owned by YCCS members the Roemmers family, claimed victory for the third time last year in the 52 Super Series, the most prestigious professional sailing circuit for monohull yachts. She will now be looking to defend her title with a new boat that is currently being completed in Valencia. With no less than nine newly-built boats in 2018, the 52 Super Series promises to be more competitive than ever. Not only that, but the circuit will be a training platform for several America's Cup teams, including Luna Rossa. Azzurra will have a new tactician this year in the form of Olympic legend Santiago Lange, gold medal winner in Rio aboard the Nacra 17 catamaran. His sporting and personal feats, taking the highest Olympic accolade less than a year after having beaten lung cancer, went beyond the bounds of sailing to become one of sport's great success stories. The new Azzurra will debut at the Palmavela (2-6 May) test event before the 52 Super Series begins in Sibenik, Croatia, on 23 May. Azzurra's season will conclude, after 5 events, in Valencia from 18 to 22 September.

As regards the Club's activities, closely linked to the theme of environmental protection, during the press conference YCCS Commodore Riccardo Bonadeo thanked historic partners Rolex and Audi, who have recently been joined by Allianz. "Following our 50th anniversary the Club took on a significant responsibility, I am referring to YCCS' commitment to marine preservation. Initially as the promotor of the One Ocean Forum and then as the founder of the One Ocean Foundation, YCCS has undertaken to promote a culture of sustainability starting with our own sporting activities. Not only will these be characterised by respect for the environment, but we will invite all of our guests throughout the sporting season to focus on the subject, starting with small actions." he declared. 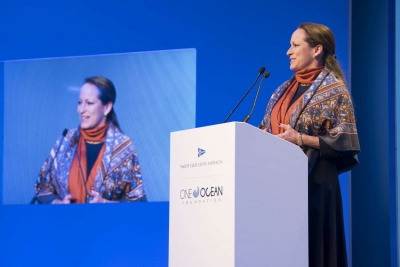 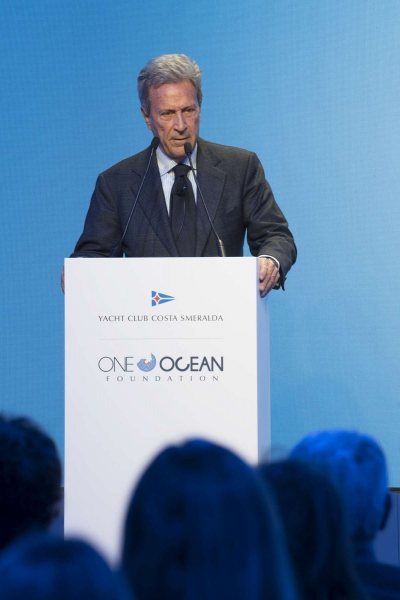 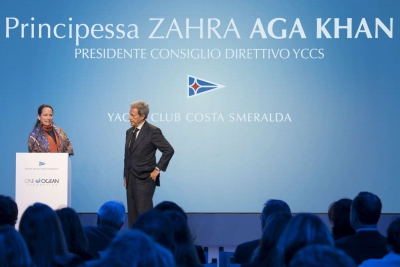 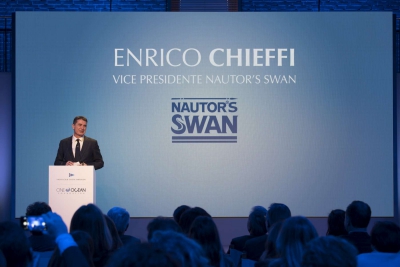 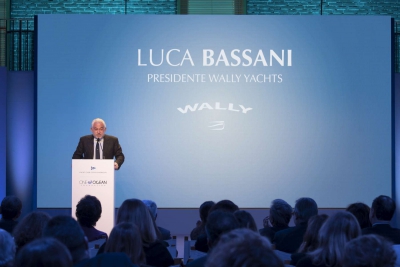 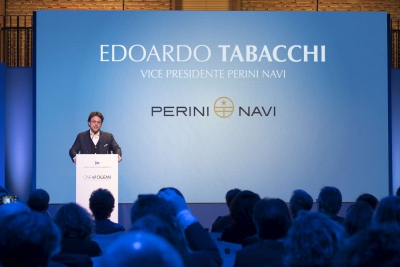 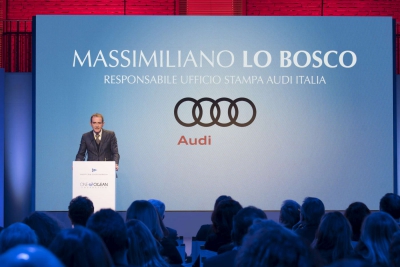 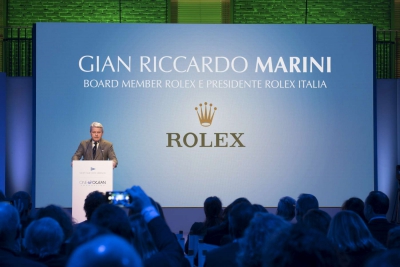 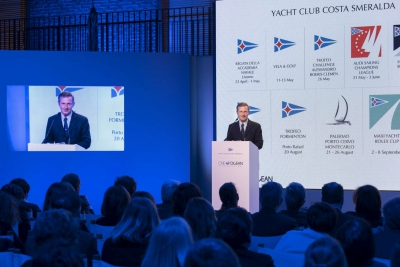 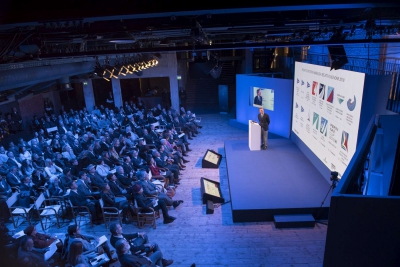 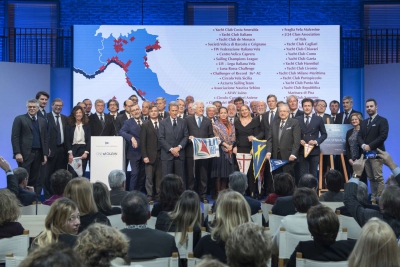 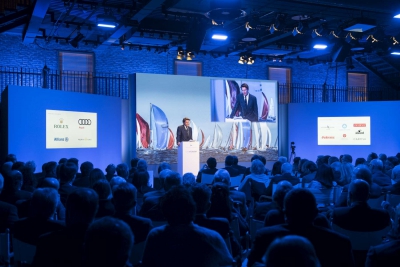 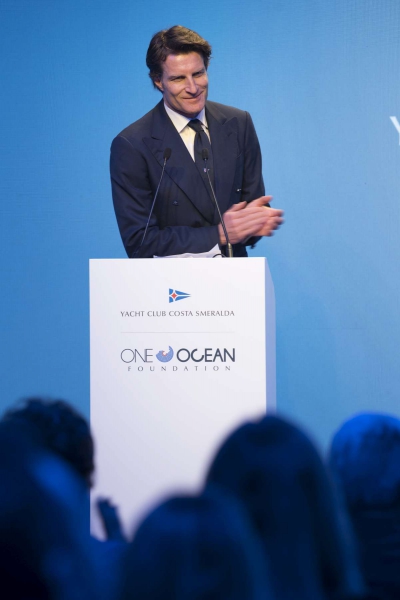 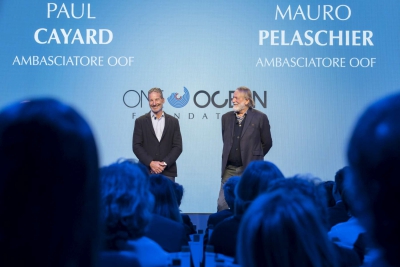 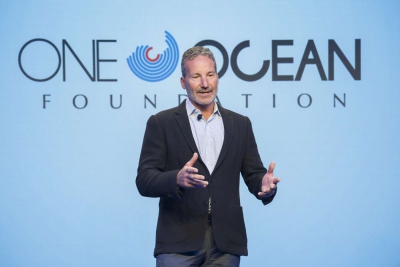 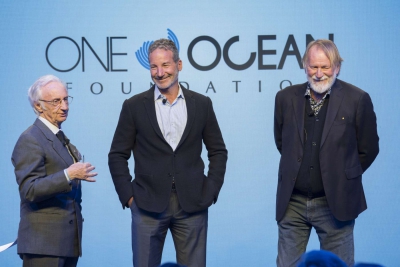