21st February 2017, Milan. Founded in 1967, the Yacht Club Costa Smeralda (YCCS) this year celebrates its first 50 years of existence. This morning during a press conference held in Milan at the Riccardo Catella Foundation, an association dedicated to the research and promotion of sustainable local development since 2007, the YCCS presented a programme of social and sporting events to mark the occasion. No less than 20 regattas will take place at the Club’s Mediterranean base in Porto Cervo and its Caribbean home in Virgin Gorda, while members will enjoy a series of special celebrative appointments.

As part of a project aimed at highlighting marine conservation issues, the Yacht Club Costa Smeralda will organise a forum on the question at the beginning of October (3rd and 4th of October). Presented during today’s conference by Princess Zahra Aga Khan, the project boasts Milan’s SDA Bocconi School of Management as scientific partner.

Special activities organised to mark the Club’s 50th birthday commence in March with a members’ cruise aboard the historic sailing yacht Sea Cloud around the British Virgin Islands with destination Virgin Gorda. On 12th May - 50 years exactly from the Club’s creation by current President H.H. the Aga Khan together with founder members André Ardoin, Giuseppe Kerry Mentasti and Luigi Vietti – a Gala Dinner for YCCS members will take place. During the season a photographic exhibition will be inaugurated, gathering images of the boats that have written the Club’s history over the past half-century. The same images are included in a commemorative book presented during this morning’s conference by YCCS Commodore Riccardo Bonadeo. The social festivities will culminate in a special event to be held in Porto Cervo on 5th August.

The 2017 sporting season gets underway in just a few days at the newly relaunched YCCS Marina and Clubhouse in the BVI. From 1st to 5th March the Rolex Swan Cup Caribbean will animate the Club’s Caribbean waters followed by the YCCS 50th Anniversary Regatta (7 March) and the Loro Piana Caribbean Superyacht Regatta & Rendezvous from 10th to 13th March.

International events in Porto Cervo kick off in June with the Loro Piana Superyacht Regatta, followed by events for the newly created Melges 40 class and the Formula 1s of the sea, the TP52 class, in the form of the Audi 52 Super Series Sailing Week. In addition to the Rolex Maxi 72 Worlds taking place during the Maxi Yacht Rolex Cup at the beginning of October, the YCCS will host two more World Championships during the Mediterranean season: the Rolex Farr 40 Worlds in mid-July and the Audi J/70 World Championship in September. The sailing year will conclude with the Audi Sailing Champions League at the end of September and the Atlantic Anniversary Regatta, organised in collaboration with the Royal Offshore Racing Club and Norddeutscher Regatta Verein, which departs from Lanzarote in late November headed for Virgin Gorda.

The TP52 Azzurra, which proudly flies the YCCS burgee, completed the first leg of the 52 Super Series in Key West in January. Combative as ever, Azzurra will face five more events this year: in Miami in March before returning to the Mediterranean for the World Championship in Scarlino, Tuscany. The Audi 52 Super Series Sailing Week will follow in June and the final two series legs will be held in the Spanish waters of Majorca and Menorca.

“This will be a year full of celebrations and new challenges,” declared YCS Commodore Riccardo Bonadeo; “a year of new partners and initiatives. It is an occasion in which to talk about the history, the values and the impetus for change that have brought the YCCS to the forefront of the international yachting scene and kept it there. I would like to thank the staff, members and partners who, thanks to a shared passion, make all of this possible.”

During his speech, the Commodore also presented the YCCS Sailing School project which the Club has been working on for several years. The school will have the objective of creating a meeting point for young people and sailing enthusiasts from around the world which will be open year-round.

During the conference thanks went to the Club’s longstanding partners Rolex and Audi.

The highly topical subject of sustainability will become one of the guiding principles of the Yacht Club Costa Smeralda from this year onward. The two main phases of the Club’s new Sustainability Project were presented this morning.

Phase one will see the YCCS undergo an audit from the SDA Bocconi Sustainability Lab to evaluate current practices and consign a sustainability report. The Club will then have to adopt best practices in terms of environmental protection throughout its various sectors and activities.

Phase two involves the organisation, together with the SDA Bocconi Sustainability Lab as Scientific Partner, of a forum on marine conservancy named One Ocean. The forum will be held in Milan. Conferences and workshops will address four main themes: global warming, pollution from plastics and microplastics, the marine ecosystem and acidification of our seas.

These round tables will be key to drafting a crucial new document for the Club: the Carta Smeralda, a sort of Magna Carta reassuming a series of eco-sustainability principles that will be signed by the YCCS before spreading the commitment to other yacht clubs, ambassadors and international figures. The One Ocean Forum is intended to promote ongoing cooperation, awareness raising and knowledge sharing and will be held every two years. Participants will include scientific and non-profit organisations, businesses, media, influencers and international figures, with the objective of creating an innovative and collaborative alliance in support of the environment. President of the YCCS Board, Princess Zahra Aga Khan, is a strong supporter of the project and commented during the presentation: “After 50 years of existence the members of the Yacht Club Costa Smeralda have decided that it’s time to add our voice to the global conversation on ocean conservancy and protecting the seas of our world. All of us who’ve lived on the sea and around the sea have noticed massive changes in the last 50 years:  increases in pollution and plastics everywhere, flora and fauna being affected by a degrading marine habitat. We have to do something now to allow our children to inherit seas and oceans that in any way resemble those that we knew as children.”

This new project underlines the YCCS commitment to social responsibility and has the objective of opening and sustaining a dialogue on an international level. The One Ocean Forum will facilitate the exchange of information and the creation of networks, raising awareness and promoting a culture of environmental protection that goes beyond the confines of each individual country, while the Charta Smeralda represents concrete actions towards environmental protection. 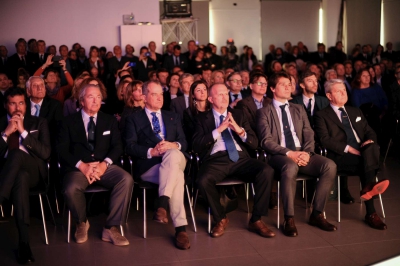 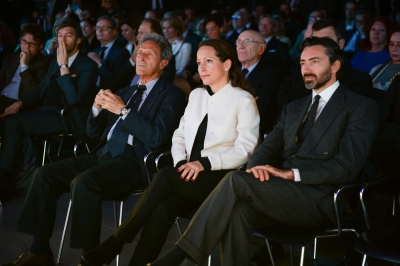 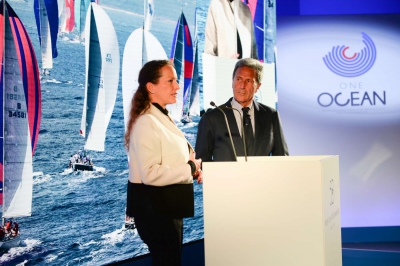 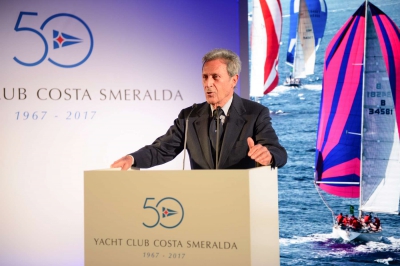